Spanish America or Hispanic America are the names given to the Latin American countries that were colonies of the Spanish empire. These countries are currently distributed in South, Central, and North America. 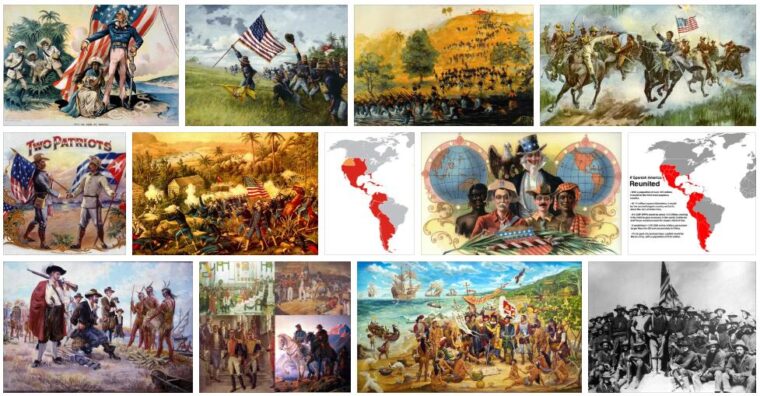 The process of colonization of the Americas began in 1492, with the arrival of the squadron of the Italian navigator Christopher Columbus. In search of an alternative route to the Indies, Columbus lands in the Caribbean.

The territorial boundaries that would give rise to Spanish America began to be drawn two years after its discovery, in 1494, with the signing of the Treaty of Tordesillas. This agreement provided for the division of all new and undiscovered territories between the kingdoms of Portugal and Spain.

After the conquest, Columbus himself was appointed governor of the new territories, but by mismanagement, was eventually removed in 1500. In 1517 Spanish explorers ended a war against Muslims in the Iberian Peninsula and turned hard to occupy uncovered territories in America. In the so-called “New World”, Spanish colonists found precious metals and these became the economic base of the colonies. Obeying the colonial pact, all the wealth taken from the colony was sent to the metropolis. 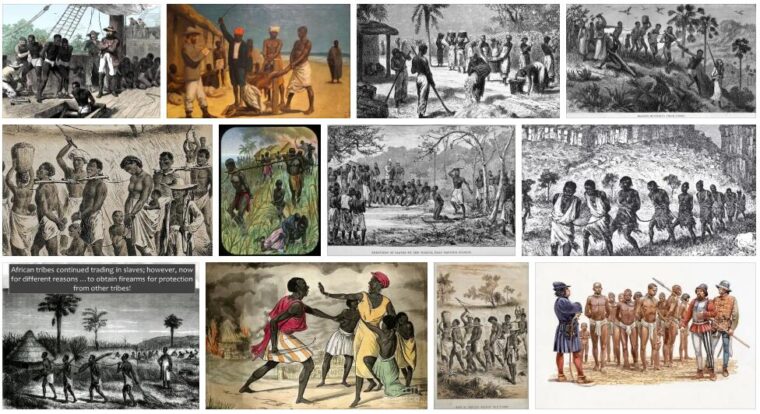 The evangelizing spirit of the Catholic religion also led explorers to want to find new souls for the Church. The natives were catechized and most of them abandoned their customs and another part, mixed their religions with Christianity. In theory, it was forbidden to enslave the indigenous. However, in practice, the natives were captured from their communities and distributed among the settlers to work in the mines. This practice existed among the Andean peoples and was called mita.

The settlers brought unknown diseases to the indigenous people such as smallpox, typhus, measles and influenza that killed a large number. The Spaniards had infinite warlike advantage over native peoples and were able to make alliances that pitted the Indian tribes against each other. In addition to sturdier swords and gunpowder, they brought horses to the new continent and gained intense advantage on the battlefield. In this way, the indigenous succumbed to the colonizers. Entire empires were destroyed, such as the Mayans, Aztecs, and Incas.

African slavery in Spanish America did not occur homogeneously. In the Caribbean, entire populations were decimated and replaced by black Africans. However, in Andean America, the use of indigenous and black Africans is recorded, according to the task they should perform and where they should work.

Colonial society was shaped through violence and mestizaje. As there were few Spanish-born women living in the colonies, men teamed up with indigenous people. Some marriages between the indigenous nobility and officials were held to strengthen local alliances. For this reason, there was a mixture of European and Indian, and later black. The latter to a lesser extent than in Brazil.

According to COUNTRYAAH.COM, Spanish American society was basically divided into:

Indians would become marginalized, but many would retain their ancestral customs.

The metropolis controlled the colonies through the House of Hiring, which was based in Seville and later in Cadiz. There was also the Council of the Indies, which was in charge of the colonial administration and which was represented in the colonies by the Chapetones.

Similarly, there were the cabildos, also called municipal councils. These councils represented the metropolis and controlled policing, tax collection, and justice.

The heads of the cabildos were chosen by the crown itself and were often lifelong. The people did not participate in the cabildos, but were called when there were important decisions to make.

This situation was recorded when Napoleon invaded Spain in 1807 and King Fernando VII was arrested by the French troops.

The emancipation of the colonies of Spanish America took place between 1808 and 1829. The uprisings were inspired by Enlightenment ideas, the example of the liberation process of the United States and the desire to get rid of the high taxes charged by the Crown.

Success in the independence process was achieved after many wars across the territory. The revolutionaries also had the support of England, interested in new consumer markets and suppliers of raw materials.

Likewise, the Spanish were in Puerto Rico and much of the territory that today is the United States such as the states of California, Texas, Florida, etc.