The state and church are separate Uruguay and religious freedom prevails. More than half of the residents identify as Christians, most of whom are Catholics, but many do not actively believe. The percentage of non-believers is highest in Latin America.

The Catholic Church has traditionally dominated the religious community, but the state and the church were separated as early as 1917. Today, almost half of the residents count as Catholics and around a tenth as Christians belonging to other communities. More than 40 percent refer to themselves as non-believers or private religious.

Among the small group of blacks in areas near the Brazilian border, Catholicism is often mixed with Afro-Brazilian religious rituals.

In the capital Montevideo there has long been a Jewish minority. After World War II, it numbered around 50,000 people, but after extensive emigration to Israel, there are now estimated to be only about 10,000 Jews in Uruguay. 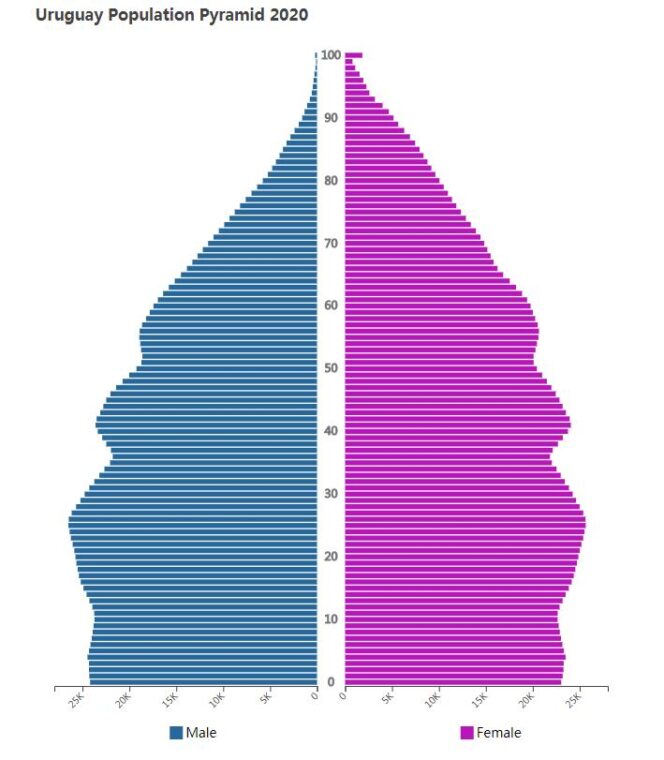 Congress approves a reform of the military’s pension system in the face of a tense conflict between the left government and the armed forces. The reform has been debated for a long time as the military pension is a major strain on the Treasury. The changes do not affect officers with more than 15 years of service, but the payments to the system will gradually change for the rest so that it is in line with other public servants. Opposition to the reform is compact and high-ranking representatives have argued that the government poses a threat to democracy, saying that the military should regain power.

Finance and Finance Minister Danilo Astori announces that he is not a candidate for the Breda Front (FA) ahead of the October 2019 presidential election. The message then comes from opinion polls showing low voter support for Astori, who was vice president during José Mujica 2010–2015. Strongest support among the FA’s potential candidates is Montevideo’s mayor Daniel Martínez and ex-president Mujica.

Former President Alan García is seeking asylum at Uruguay’s embassy in Peru’s capital Lima. García is under investigation in his home country for receiving bribes when he was president of 2006-2011, by Brazilian construction giant Odebrecht. Three other ex-presidents in Peru have also been accused of bribery in this case. García has been banned from leaving the country but claims he is subject to political persecution. A few days after he took refuge in the embassy, ​​the international human rights organization FIDH calls on Uruguay to deny Garcia’s asylum.