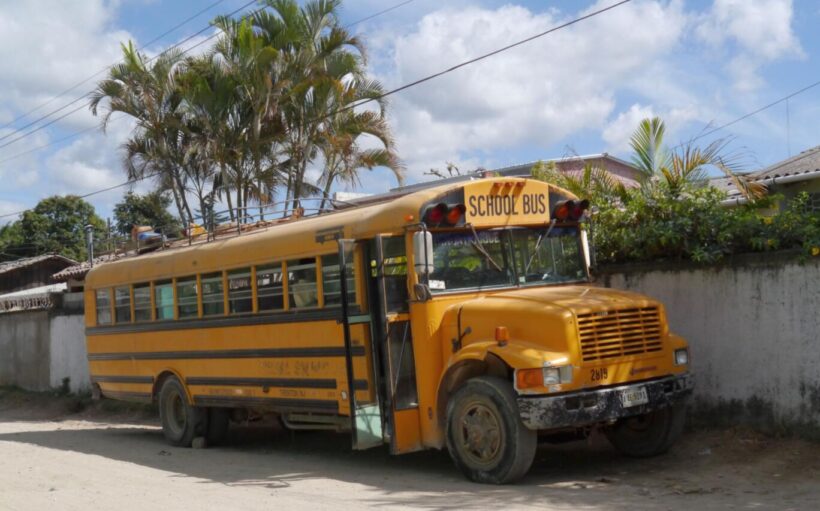 A passport that is valid for at least six months is required to enter Honduras. As a tourist or business traveler, upon entry you get a 90-day residence permit for the entire CA-4 area (El Salvador, Honduras, Nicaragua, Guatemala).

For longer stays, it is advisable to obtain the visa from the consular department of the Honduran embassy before entering the country, as this is not quite as cumbersome in Germany as it is on site. In principle, it is also possible to apply for work and residence permits in Honduras.

Due to the current crisis caused by COVID-19, Honduras has closed its borders for the time being. Current information can be found on the website of the Federal Foreign Office.

You can get around the cities by buses, shared taxis and taxis. In Tegucigalpa and San Pedro Sula, it is advisable to use trusted radio taxis or taxis. Ordinary taxis have a uniform color in many places (e.g. white in Tegucigalpa), radio taxis are not always marked as such.

Getting around in public, inner-city buses is seen as much more dangerous than driving a taxi, as bus passengers and drivers are often exposed to armed robberies. In rural areas, mototaxis are a popular means of transport and easy to use during the day.

Overland roads connect the larger cities. Away from these roads, an off-road vehicle is usually useful. For the main routes (such as Tegucigalpa-San Pedro Sula) you can choose between simple and luxurious, slow and faster offers. For safety reasons, non-stop offers are recommended, since intercity buses are more difficult to attack if they do not make intermediate stops (where potential offenders could get on). There is a system of intercity buses from numerous bus companies with which you can also reach smaller towns. Rural areas are more likely to be served by the discarded US school buses, which is a less comfortable journey, but interesting. When traveling by bus, it is easy to get into conversation with Hondurans.

According to dentistrymyth, Honduras is connected to the main cities in Central America by luxury bus routes. The Bay Islands can be reached from La Ceiba by ferry (Roatán, Utila) or by plane (from Tegucigalpa, San Pedro Sula and La Ceiba).

And another hint for orientation: Street names are not a reference for locals. The location is usually given in relation to “well-known” points, such as B. “straight ahead two blocks from the old post office and then left” or “right behind the railway line” (even if the railway line has not existed for a long time). In large cities, it is often important buildings, hotels or institutions that serve as references The direction in which one should walk or drive is usually not shown with the outstretched finger: Instead, the mouth is pointed in the respective direction (this is of course reminiscent of the tip of the mouth to kiss – which leads to some misunderstandings between Hondurans and Newcomers…).

Despite increasing traffic in both cities and rural areas, Honduras does not have a very good road network. Many roads in the country, even if tarred, are badly damaged. Due to the condition of the road and the poor or non-existent markings and signage, road safety is not particularly high. The majority of smaller cities or even villages are only connected to the rest of the country by very precarious roads. In rural areas there are often only gravel roads that are badly affected in the rainy season. The Mosquitia and other rural areas have a very weak infrastructure and are therefore difficult to reach.

The country’s main artery is the multi-lane highway between Tegucigalpa and San Pedro Sula. Since the entire goods transport from the Atlantic port of Puerto Cortés to the interior is carried out on it, it is very busy. Large infrastructure projects are supposed to remedy this. The most important project is the so-called dry canal (canal seco), which will connect the two ports of Puerto Cortés on the Atlantic and San Lorenzo on the Pacific. The piece from Tegucigalpa to San Lorenzo is currently missing.

Further projects envisage the improvement of the roads in tourist centers (Tela, La Ceiba on the north coast, Gracias in the western highlands). A toll system was introduced, which triggered a number of protests. The prices are particularly sensitive to commuters. 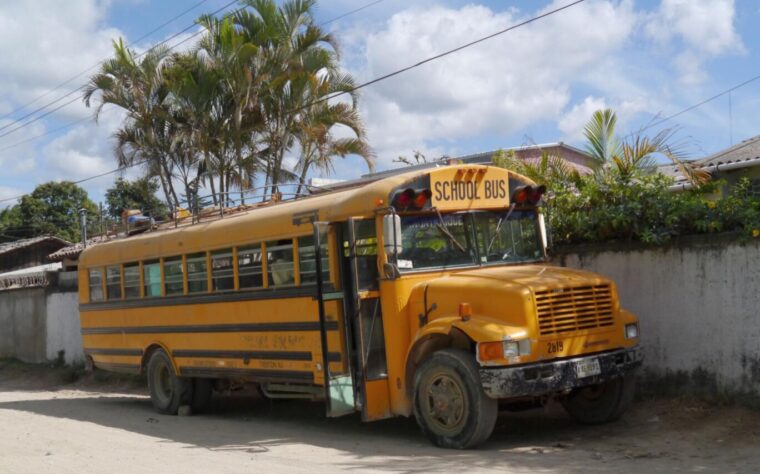