South America is a continent in the western hemisphere that encompasses the southernmost part of the American continent. Most of South America lies south of the equator, and only a small part of the northern hemisphere. The border with North America, and also with Central America, is considered to go along the Panama River. Geopolitically, the border is between Colombia and Panama.

South America borders on the west to the Pacific, on the northwest to the Panama Sea, on the north to the Caribbean, and on the east to the Atlantic Ocean. To the south, the Drake Strait forms a divide against Antarctica.

There are relatively few bays and islands except in the fjord landscape of southern Chile. Large archipelagos are the Falkland Islands and the Galápagos Islands, as well as the Tierra del Fuego or Fire Land archipelago, which constitutes the southern tip of South America.

In 2011, it became known that the world’s longest underground river, Hamza, flows approximately 600 kilometers from west to east almost 4,000 meters below the surface of the Andean slopes to the Atlantic Ocean.

Pantanal, the world’s largest wetland during the rainy season, is located in Brazil, Paraguay and Bolivia.

In a high plateau country in a border area between Peru and Bolivia, the continent’s largest lake, Lago Titicaca, is at 8300 km 2. At 3810 meters above sea level, it is also the world’s highest navigable lake.

Aconcagua, with its 6962 meters above sea level, is South America’s highest mountain. It is located in the world’s longest mountain range, the Andes, stretching approximately 7500 kilometers from the Caribbean Sea in the north to Cape Horn in the south.

Based on common linguistic and cultural criteria, South America with Mexico, the countries of Central America and parts of the West Indies are often called Latin America.

The last part of the name South America is after the Italian explorer Amerigo Vespucci, who lived from 1454 to 1512.

According to Abbreviationfinder.org, South America has twelve independent states. Of these, three are completely in the northern hemisphere. There is one French overseas territory, French Guiana, and one colony, the Falkland Islands. In addition, there are several French, British and Dutch islands in the north. All the independent countries are republics.

South America’s largest country is Brazil and the smallest is Suriname.

Largest distance north-south is approximately 7500 kilometers from Punta Gallinas in Colombia in the north to Cape Horn in Chile in the south. The greatest latitude is between Punta Parinas in Peru and Cabo Branco in Brazil, 5150 kilometers.

Geologically, South America consists of two main parts; a bedrock area with a younger and relatively flat sediment on top, and the Andes as a ridge to the west. South America constitutes the southern part of the American crustal plate that collides with an oceanic plate moving to the east. This creates a zone of frequent earthquakes and volcanism in parts of the continent as well as deep-sea pits off the west coast.

Geographically, South America can be divided into three main areas: the Andes in the west; Guyana Highlands in the North, Brazil’s High and Plateau Lands in the West, and the Patagonian Plateau in the South; as well as the lowland areas that are largely made up of the Amazon basin.

The Andes are a young folding mountain system with many volcanic peaks located close to and along the coast of the Caribbean and Pacific. They form a system of mountain ranges with intermediate high plains. In the north, the Andes Mountains branch into three main chains with deep pools and valleys in between. Farther to the south, they turn into several partly hilly islands and peninsulas.

The Guyana Highlands in the northeast reach Roraima Mountains at 2875 meters above sea level. This area also contains the world’s highest waterfall, Salto del Angél or Angelfossen. It has a continuous fall height of 807 meters and is a total of 979 meters high.

The plateaus are younger than the mountain ranges. Brazil’s high and plateau lands extend from the Amazon outlet in the north to Río de la Plata in the south. About half of the Brazilian plateau and highland slopes slightly inland. The Patagonian Highlands farther south rise to the west in a series of plateaus and reach more than 1500 meters above sea level. Sediments provide good agricultural areas in Argentina, Paraguay and Brazil.

The largest lowland area is the Amazon basin with the world’s richest river system that drains more than one-third of South America’s area. In addition, the La Plata-Paraná Plain in the south and Orinoco’s lowlands in the north. The three areas are partially interconnected.

The Andes are the main watershed of the continent. The rivers that flow to the Pacific Ocean in the west are short and steep, while the rivers that flow to the Atlantic Ocean in the east follow long and winding runs and culminate in large deltas. The furthest is the Amazon with more than 1100 inputs. Other major rivers are Paraná, Orinoco and Paraguay.

There are few large lakes in South America. The largest natural lakes are Lago Titicaca in Bolivia and Peru and Lago Própo in Bolivia. The largest man-made lake is the Sobradinho reservoir in Brazil.

South America’s largest desert is Atacama in northern Chile. It is located in one of the world’s most precipitous regions. Eastern Patagonia is also extremely rainy.

There are few inlets in the coastline except for the fjord and island landscape in southern Chile.

South America’s vast extent north-south and the high Andean mountains provide significant climate variations. Large parts of the continent north of the equator and the Amazon basin have tropical rainfall. South America is the world’s most precipitous continent, and parts of Colombia have an annual rainfall of 5000-6000 millimeters.

Humid sea air from the east blows west to the Andes. At the southern turning circle, the tropical rain climate changes into a temperate rain climate with typical Mediterranean climate around Río de la Plata in Argentina and Uruguay. In Patagonia, the climate is subarctic ; dry and cool. Southern Chile has a temperate rain climate that is becoming increasingly cool towards the southern tip of the continent, while central Chile has a Mediterranean climate. The west coast has desert climate from about 5 o south latitude to 30 o south latitude, and tropical rain climate further north.

The mountainous climate is determined by the slope, latitude and altitude of the terrain. In the highest-lying areas with polar climates, there is ice and snow throughout the year.

Nearly one-third of South America is covered by tropical rainforests. Here, among other things, half of the approximately 2,500 known palm species on Earth grow. The rainforest consists of trees on three to four floors with vines and epiphytes, including many orchid species.

In drier regions south and north of the rainforest, there are savannahs in Brazil and Venezuela, and in Pampas in Argentina there are steppes with pampas grass, etc. Farther south on the continent is temperate forest with southern beech and coronary spruce. Areas in the rain shade have desert vegetation.

South America belongs to the Neotropical region and is usually divided into the Brazilian, Chilean and Patagonian sub-regions.

In the Brazilian region live a variety of climbing mammals that new world monkey with grasping tails, sloths and snohalebjørn. In these areas, there are relatively few mammals on the forest floor, but on the neighboring savannas there are cats such as jaguar and ocelot, as well as deer, tapir, ant swallows, harnesses and a variety of bats with the blood-sucking vampire bat mouse being the most infamous. 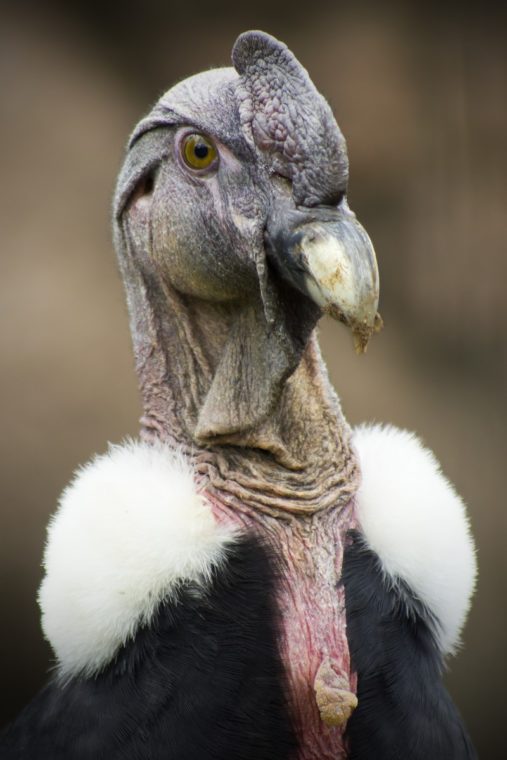 The birds include toucans, parrots, hummingbirds, shepherds, hawks, herons, ibises and pigeons. Of reptiles in the trees are iguanas and geckos, on the ground suffocation snakes and poison snakes. Of amphibians, frogs are widespread.

In rivers live a large number of freshwater fish such as arawana, arapaima, electric eel, lungfish and piraja. Of reptiles, the anaconda, up to ten meters long, snakes, crocodiles, alligators and turtles can be found. Mammals in rivers are sea ​​cows and river dolphins.

In tropical areas are insects like leaf cutter ants, termites, several species of mosquito that transmits tropical diseases and many large and colorful butterflies.

In the Andes mountains live two species of wild and domesticated llamas as well as goggles, and of birds of prey can be mentioned duck condor.

Several mammals are found throughout the continent, including cougar. On the steppes of the south, burrowing animals such as pig caves and harnesses live ; here are also pampasviscacha, mara, deer, ostrich bird nandu, TINAMOU or pampashøns, short-eared owl and ovnsfugler.

In Antarctic regions, there are many seal and whale species, and of stockfishes the commercially important anchovy species anchoveta.

In the Galápagos Islands, there is a distinctive wildlife with giant turtles, sea turtles and special finches, etc.