The Constitution provides for religious freedom and it is respected by state power. At the same time, the Catholic faith is recognized as the country’s dominant religion. Teaching Catholicism must be held in schools, although parents can request that their children not attend.

Protestants are the second largest and, as in other Latin American countries, the fastest growing religious group. According to a 2015 survey, about two out of three Panamans today call themselves Catholics, while one in four identify as Protestant. Blacks who originate from the Caribbean are mostly Protestants, mainly Baptists, Methodists or members of the Anglican Church. In addition, North American sects have formed small communities.

The number of Muslims has grown since the end of the 20th century through immigration from mainly Lebanon, India, Pakistan and Caribbean countries. Muslims are currently estimated at around 25,000. Panama has the largest Jewish population in Central America, estimated at between 10,000 and 15,000 individuals.

The indigenous peoples partly adhere to their natural religions. In a 2014 survey, a majority of Panamans also stated that in their own faith practice they apply elements of both indigenous and Afro-Caribbean traditions. 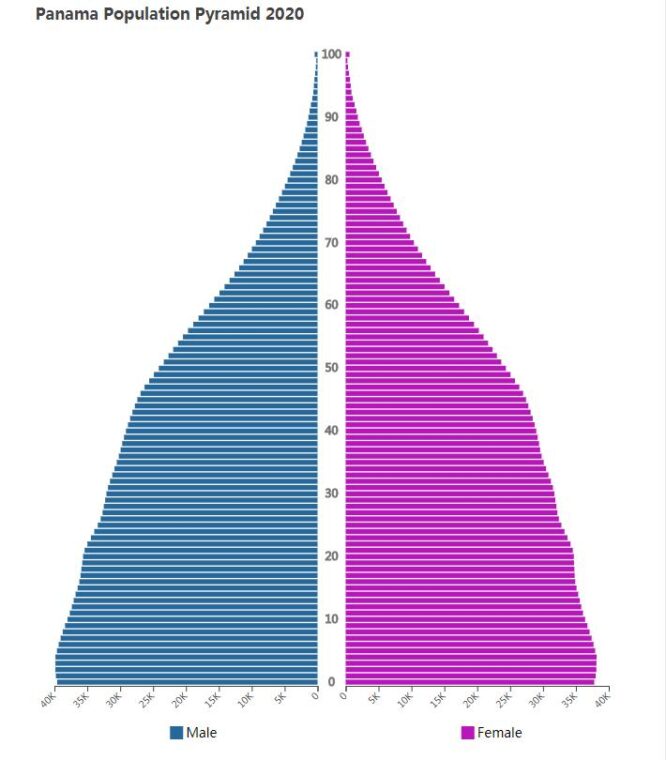 Work is underway to collect signatures to establish a Constituent Assembly with the task of preparing a draft new constitution. Varela went to the election with the promise of a new constitution which he said would strengthen the distribution of power at national level, decentralize power and guarantee sustainable and equitable development. It is a citizen group and a legal association that runs the name gathering, and they now have six months to collect half a million votes.

President Varela confirms that the government has reached an agreement with the Negro bugle on the Barro Blanco project (see February and June 2015). The agreement includes that the Honduran company Genisa, which has so far run the project, will withdraw and that no more hydropower project will be initiated on the territory of the indigenous people. Genisa emphasizes that the company is not a party to the settlement and warns of costs arising from delays that have occurred.

President Varela decides that Panama should make an exception and release around 800 migrants across the border from Colombia for humanitarian reasons. Earlier, the president has talked about a “migration crisis” in the area. The land border is closed (see May 2016), but many have tried to make their way through the rugged terrain into Panama. The migrants come from Haiti, Cuba and countries in Asia.

US Nobel laureate in economics Joseph Stiglitz and Swiss corruption expert Mark Pieth leave the advisory panel appointed by the government (see April 2016) to study the Panama Papers. They accuse the government of meddling in and trying to control the panel’s work.

A package of measures is presented aimed at countries stamping Panama as a tax haven. The measures include taxes, trade and migration and can apply to both companies and individuals. France is among the countries that once again put the country on a list of tax havens since the Panama Papers became known (see April 2016).

At the request of a Panamanian judge, a warrant is issued for former President Ricardo Martinelli, who is still believed to be in Miami, USA.

A huge Chinese container ship goes from the Atlantic to the Pacific and becomes the first to pass the newly built locks. The inauguration is celebrated with fireworks and cheering crowds, and President Varela thanks a total of nearly 30,000 people who participated in the huge construction project.

Swine flu may resign from the Minister of Health

Health Minister Francisco Javier Terrientes leaves his post after an outbreak of swine influenza A (H1N1) claimed over 20 lives and triggered a panic rush after vaccine.

The border with Colombia is closed

The border with Colombia in the south is being closed, according to President Varela to prevent the influx of Cuban migrants. The decision is also a result of the neighboring countries of the north, Costa Rica and Nicaragua, closing their borders. The border crossings that exist between Colombia and Panama are in roadless land and can only be reached by boat or air. The day before the border closure, the government has agreed to fly 3,800 Cubans stranded in Panama to Ciudad Juárez in Mexico (see February 2016).

The raid against the law firm Mossack Fonseca’s headquarters in Panama City is being conducted without incidents, the prosecutor’s office said. Mossack Fonseca is at the center of the international scandal with the so-called Panama documents.

Expert panel is promised about the Panama documents

President Varela says that an international panel will be commissioned to help increase the transparency of Panama’s financial industry and its extensive offshore operations. Varela is said to be upset by what he perceives as an unfair foreign “media attack” against the country because of the Panama Papers. Mossack Fonseca claims to have been exposed to a hacker attack from outside.

The Panamanian law firm Mossack Fonseca is the focus of a huge leak with data on approximately 214,000 mailbox companies registered between 1977 and 2015. A wide range of politicians, celebrities and others in almost all countries of the world are selected for tax fraud. An anonymous source must have submitted over 11.5 million documents to the German newspaper Süddeutsche Zeitung, which publishes them in collaboration with the international journalism group ICIJ. The authorities promise to investigate Mossack Fonseca and the Panama Papers.

A child is born with microcephaly, a developmental damage linked to the zika virus, and dies after a few hours. This is the first case during the ongoing Zika epidemic that is found outside Brazil, where 860 cases have been found.

The large zone in Colón has been hit hard by the economic difficulties of major exporting countries such as Venezuela and Colombia, says Trade Minister Augusto Arosemena. “The patient is in a coma,” is his comment about the free trade zone. In 2015, 155 companies closed in the zone, and in January 2016 alone, 55 closed.

Migrants are flown to Mexico

Authorities state that around 500 Cuban migrants will be flown to Ciudad Juárez in northern Mexico. From there, they can enter the United States, where, under special rules, they are easily granted a residence permit. The new thawing weather between the US and Cuba causes many Cubans to fear that the rules will change, which has triggered a wave of migrants trying to get to the US via South America. However, many people are stuck on the road as they are not released across all boundaries.

Sharp criticism of the Supreme Court

The head of the international anti-corruption agency Transparency International calls on all members of the Supreme Court (CSJ) to resign, in a TV interview in connection with a visit to Panama. It has been storming around CSJ for a long time, due to various corruption charges (see June 2015) and criticism of the new chief judge appointed for 2016-2017. Chief Justice José Ayú Prado is closely allied with the corruption-accused former President Ricardo Martinelli and has himself been reported several times to a parliamentary committee.