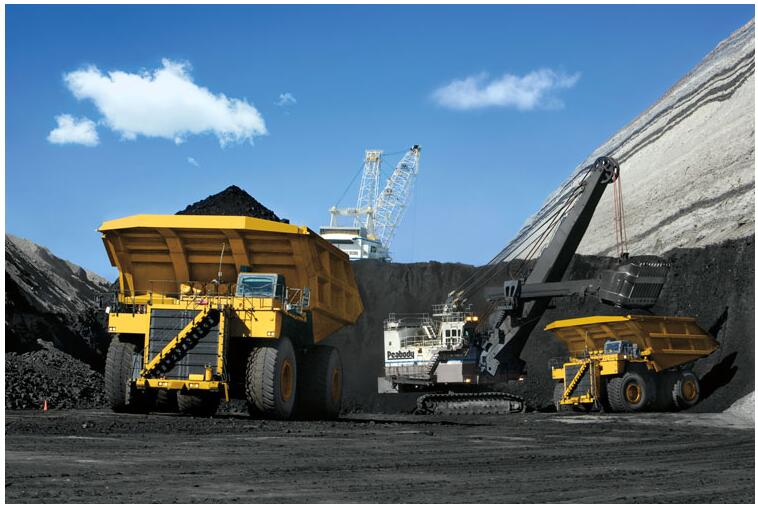 Wyoming, the most sparsely populated state in the United States, is dominated by the Rocky Mountains ‘ mountains and plateaus, which continue east into the Great Plains (prairie). The towns are small and scattered and without significant industry except for the centrally located Casper (petrochemical industry, glass industry, etc.). The population is mainly descendants of northern Europeans, who followed the construction of the Union Pacific Railway (1867) and in even greater numbers later, when the area, after bloody fighting and forced removal by the Indians, was cleared of natives. The minorities now comprise 9% of Mexican descent and approximately 2500 Shoshone and Arapahoe Indians in Wind River Indian Reservation.

Wyoming. In the northeastern part of Wyoming is the Devils Tower, which became the first national monument in the United States. It became famous in the movie “Close Contact of the Third Degree”, where it played a significant role in the last part of the film as the place where contact was made with the travelers from space.

From the late 1800’s. For example, the economy has been based primarily on the extraction of oil, natural gas and various minerals, in addition to which Wyoming has become the largest coal producer in the United States since the 1970’s due to its extensive, easily accessible and low-sulfur deposits around the Powder River. Although most of the area is part of the agricultural operation, the cultivated fields cover only 5%. The lands, which are spread over a few but large farms (on average approximately 1500 ha), are mainly used for grazing for cattle, sheep and bison, while wheat, barley, sugar beet and potatoes are important crops.

Near the watershed Continental Divide (Gannett Peak, 4208 m) springs several large rivers which, like Green, Bighorn and North Platte, are used for hydropower and irrigation. The federal state owns and administers approximately half of Wyoming’s land, including scenic woodlands in the Bighorn Mountains and Yellowstone and Grand Teton National Parks. The parks are Wyoming’s main attractions, followed by the Devil’s National Monument and popular ski resorts near the Colorado border to the south and Idaho to the west. 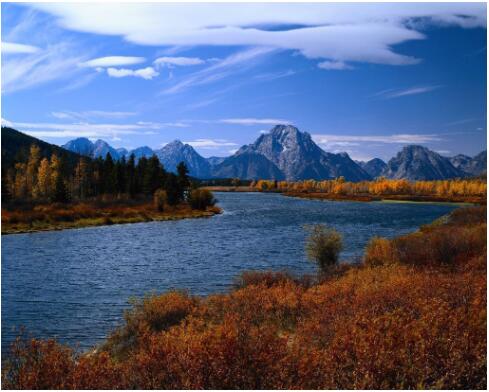 Wyoming. Grand Teton is located south of Yellowstone in northwestern Wyoming. In the background Mount Moran.

The climate is continental and semi-arid, but varies greatly. The precipitation is greatest in the mountains, in the form of heavy snowfall in winter.

After the area became part of the United States with the Louisiana Purchase in 1803 (except for a smaller part, which was ceded by Mexico), Wyoming was separated in 1868 as a territory that was incorporated into the union in 1890. That same year, women in Wyoming were given the right to vote (the first state in the United States).