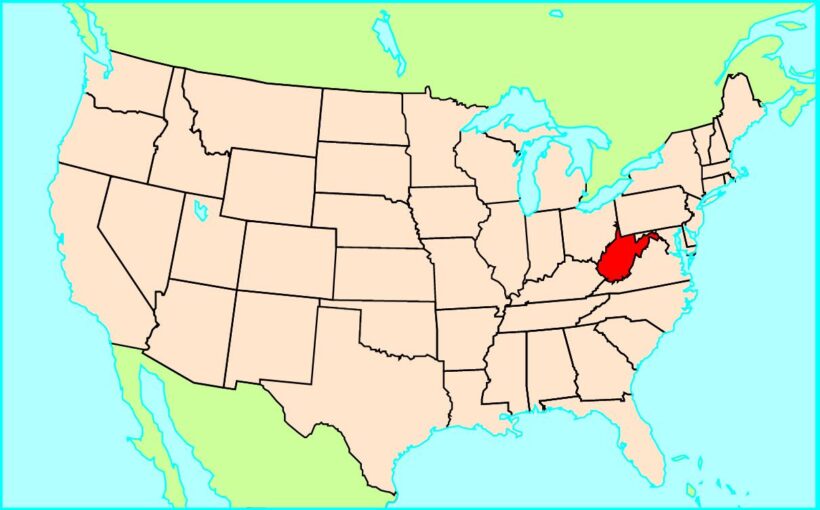 West Virginia consists of a wooded, rocky and in several places strongly hilly terrain, which, since the area from the 1700-t. was colonized by especially British immigrants, has limited transport and agricultural opportunities. Up to approximately In 1950, the economy and employment were mostly based on rich coal deposits, but since then coal mining has lost importance in step with mine closures, new mining methods (including strip mining) and stricter environmental requirements. The decline has also affected a number of secondary industries (chemical industry, steel industry) and resulted in periodically high unemployment and emigration. West Virginia is around 2000 one of the country’s most economically backward states with a large and poor rural population and a sparsely populated urban population that, apart from Charleston and the university city of Morgantown, is concentrated along the border river Ohio to the west (Huntington, Parkersburg, Wheeling, Weirton). 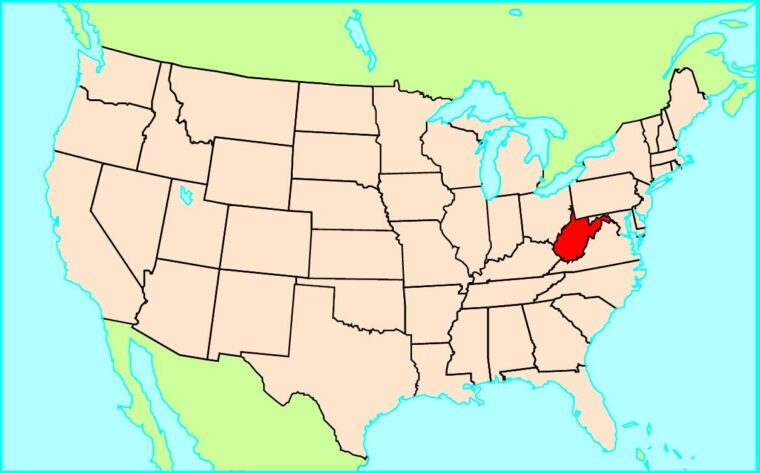 In relation to coal mining, neither forestry nor other mining (oil, natural gas, limestone) is of greater importance. The same applies to agriculture (mostly livestock farming), which incl. grazing fields only cover approximately 1/10 of the area. On the other hand, an increased interest in skiing, rafting, mountaineering and similar activities has led to a significant growth in tourism, which is now one of the largest sources of income, especially in the scenic and up to 1500 m high Allegheny mountains to the east. There are also a number of health resorts and partially isolated urban communities, where, as in Lewisburg and Elkins, folk traditions are cherished within e.g. bluegrass – music and quilting.

The largest tributary, however, is the federal government’s former weapons arsenal Harpers Ferry (now Harpers Ferry National Historic Park), which was conquered in 1859 by the abolitionist John Brown in protest against slavery. The episode was one of many that led to the American Civil War and thus to the separation of West Virginia from the original Virginia. The new state became a reality when the present Virginia in 1861 chose to leave the union and join the Southern States. West Virginia is the only state of the United States formed by secession from a pre-existing state. 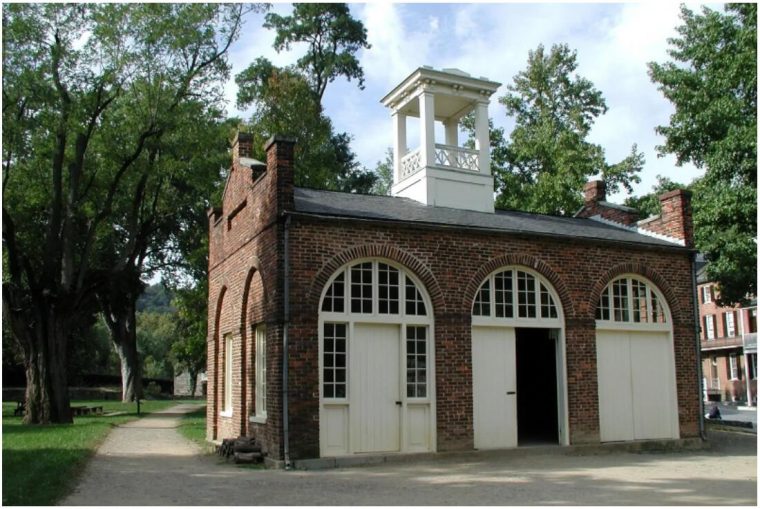