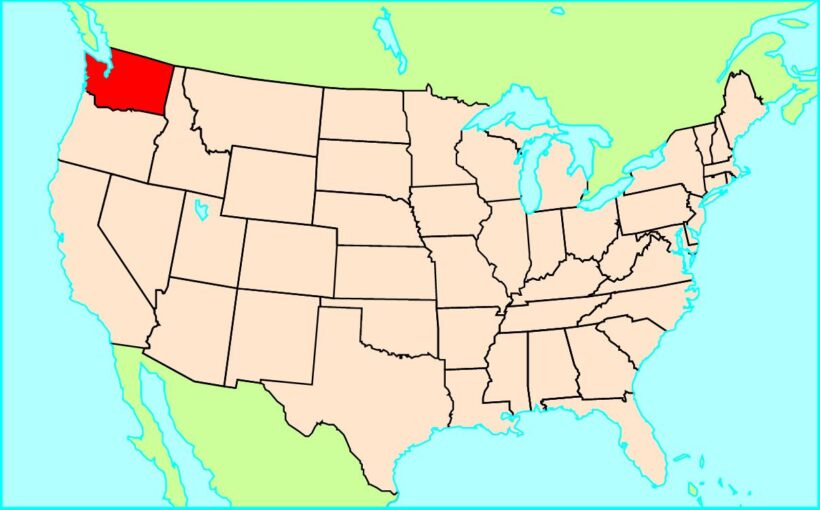 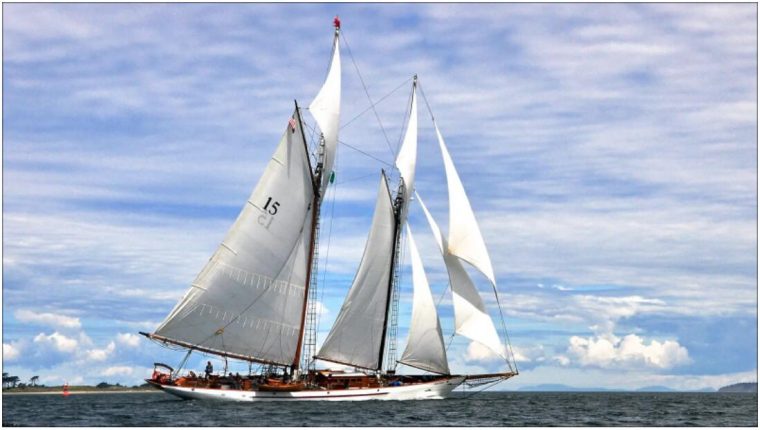 Washington is sparsely populated except for coastal areas along the Gulf of Puget Sound in NV with city region Seattle – Tacoma -Bremerton that holds 2/3 of the population. The only major city outside this city belt is Spokane to the east. Descendants of the original Indians are found in the Yakima, Spokane and Quinault reserves.

While immigration and population growth were previously linked to gold discoveries, deforestation, and the construction of the Northern Pacific Railroad (1883), growth in the 1900-t. been stimulated by military supplies and cheap energy from hydropower plants. Among the industries that have benefited from large military orders are shipyards, aluminum plants, and especially the aerospace industry (the Boeing factories) as well as the nuclear weapons industry (see Hanford). approximately 2/3 of the United States and about hydroelectricity 60% of Washington’s electricity supply comes from hydropower plants, several of which, such as the power plant at Grand Coulee Dam, is part of projects with river control and irrigation in mind. The largest agricultural area is located in the semi-arid Columbia River Basin, which receives water from the Franklin D. Roosevelt Lake dam to the east. Incl. orchards and grazing fields (cattle), agriculture occupies 37% of the area, while 42% is forest. The logging, one of the country’s largest, has particularly affected the temperate rainforests, which has led to confrontations with Earth First! and other environmental groups. 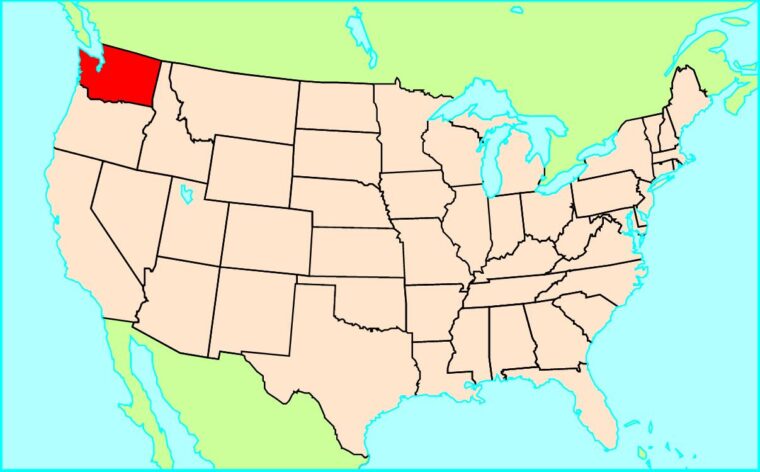 The economic and research activity is concentrated in and around Seattle, which is home to a large merchant and fishing fleet and some of the United States’ largest companies in, among other things. aerospace, computer and wood and paper industries. Major tourist destinations are the Mount Rainier, Olympic and North Cascades National Parks as well as the San Juan Islands in the Georgia Strait and the Mount St. National Monument. Helens (created a few years after a major volcanic eruption in 1980). The highest peaks (over 4000 m) are located in the Cascade Range, which divides Washington into a mild and rainy coastal region to the west and a drier and more continental region to the east. The main river is the water-rich Columbia River, which to the south forms the border with Oregon.

In 1853, Washington was separated from the Oregon Territory, which in 1846 (the Oregon Settlement) had become American south of 49 ° (border with Canada). Accession to the Union as the 42nd state of the United States took place in 1889.

Washington’s vineyard area has doubled in six years to 10,000 hectares in 2000. The state has approximately 145 wineries, but most make only 30,000-40,000 bottles. Château Ste Michelle, which also owns Columbia Crest, is completely dominant in viticulture, which began in the late 1960’s. Merlot is the leading grape for red wine, but cabernet sauvignon, shiraz and lemberger (Austria’s blaufränkisch) also produce good wines. Chardonnay has replaced riesling and chenin with white wine.