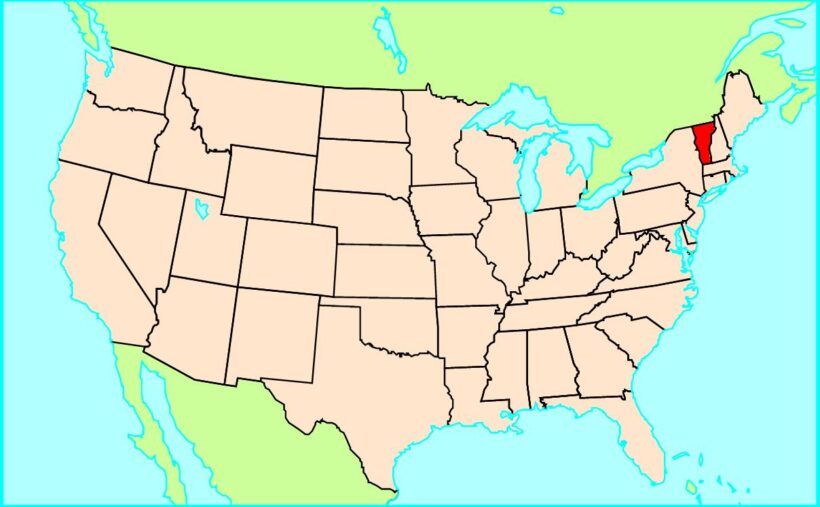 Vermont is one of the smallest states in the country and one of the least urbanized in terms of area and population. Largest cities are Burlington (42,400 residents) and Rutland (16,500 residents). The rest of the population is divided into the beautifully situated farms and small towns of the countryside. In addition to trade, tourism and a fast-growing electronics industry at Burlington, the economy is based on the wood industry (timber, furniture, paper), mining (marble, granite) and a predominantly animal agricultural production (dairy products, meat). Button 6000 agricultural farms occupy 1/5 of the area, half of it in the form of grazing areas, most of the river valleys. The cultivated areas are concentrated along Lake Champlain towards the NW. 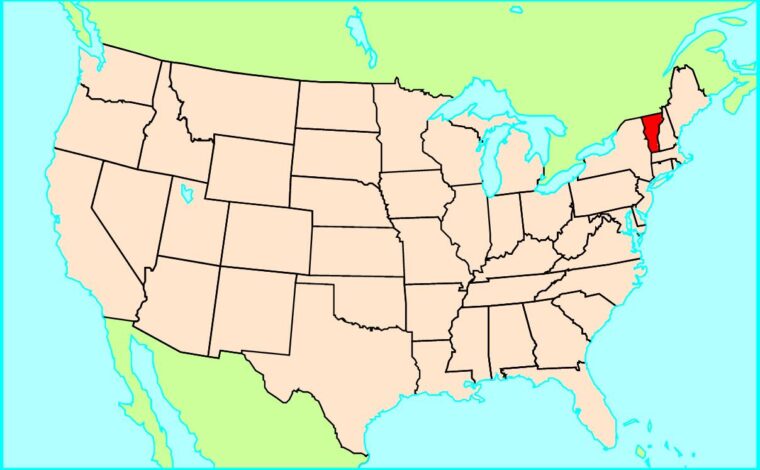 Most of Vermont consists of a hilly forest landscape with numerous lakes and rivers, several of which are uplifted and utilized for hydropower, such as the Connecticut River, which forms the border with New Hampshire to the east. Highest point is Mt. Mansfield (1339 m) in the centrally located Green Mountains (part of the Appalachians). The climate is cold temperate with heavy snowfall in the winter, with ski resorts such as Mt. Snow, Killington and Stowe attract many tourists. Other tourist destinations include the Shelburne Museum and Heritage Park and Ben and Jerry’s Ice Cream Factory in Waterbury. Vermont is famous for its maple syrup and is known for strict environmental legislation, which prohibits the installation of large billboards, billboards, along the roads.

Before the arrival of the Europeans, the area was inhabited by Indians of the Algonquian language group. The first actual settlement came in 1724 with the English Fort Dummer (near Brattleboro), after the French under the leadership of Samuel de Champlain had explored the area in the 1600’s.