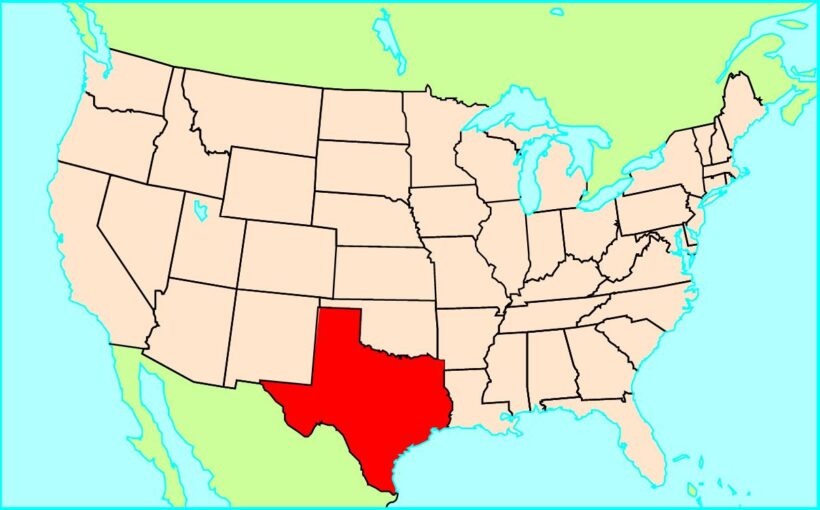 Texas is in area and population the United States’ second largest state after resp. Alaska and California. Where the economy of the 1800’s. was mostly based on cattle and cotton, there is now a large and varied industrial and service sector. In addition to the traditional cowboy image of the Texans, the state is also known for a strict case law; Since the death penalty was reintroduced in 1978, more than 450 executions have taken place.

Population. During the 1900-t. is the population more than sixfold, as a result of a large immigration that peaked with a migration surplus of approximately 1 million 1980-83. At the same time, the population is increasingly sought after in cities and suburbs, most of them in the metropolitan areas of Dallas – Fort Worth – Arlington (4.4 million residents) and Houston – Galveston (4.1 million residents). Other fast-growing cities are San Antonio, El Paso and Austin. Outside the urban zones and especially in West Texas, there are still large, almost deserted stretches of land. 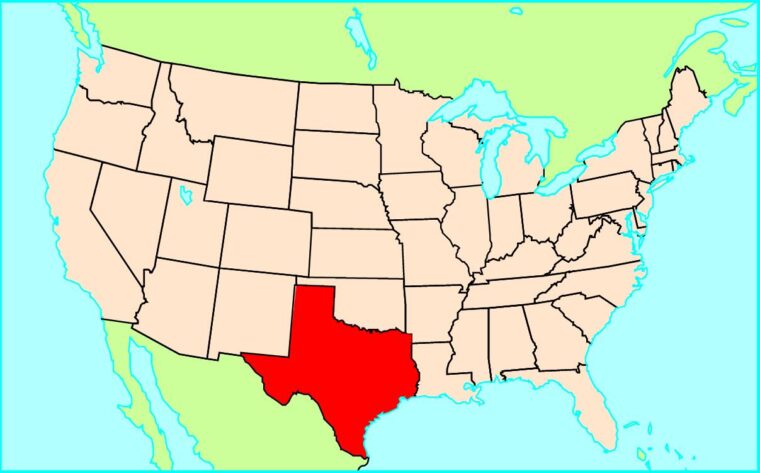 Most of the residents are descendants of Europeans mixed with a Spanish-speaking minority of predominantly Mexican descent (about 30%). Other minorities include blacks (11%) and a small but growing Asian population. The standard of living is relatively high, but 19% of the population has an income below the poverty line. The majority of these many poor are made up of black and Hispanic Texans.

Economy. Texas is the largest producer of oil and gas in the United States, and its revenues have been a driving force in economic development since the famous discovery at Spindletop in 1901. Other significant raw material industries include the extraction and processing of coal, sulfur, salt and helium. From 1983, however, the importance of the oil sector in particular has diminished greatly. Drilling activities have more than halved, while the economy has become more broad-spectrum after some difficult years of change with the influx of new industries and a growing trade and service sector. While the center of gravity for the extraction previously lay in the Golf Field with a large offshore activity, extracted 2/3 of the oil from the areas around now Midland and Odessa in the Central Continent field. Refineries and the petrochemical industry remain concentrated in Houston, Galveston, and other port cities on the Gulf of Mexico.

Another key factor in Texas’ economy has been the very large federal funds that, especially since World War II, have been transferred to military bases and the civil and military aerospace industries, including the establishment and operation of the Johnson Space Center (1963). Through contracts with research centers, aircraft factories and other subcontractors, the federal government has thereby created growth conditions for the electronics and computer industry, which together with the pharmaceutical industry have been the fastest growing industries since the 1960’s. During the same period, the tourism and entertainment industry, incl. a thriving music industry headquartered in Austin, multiplied revenue, while shipyards, the steel industry, and the textile and apparel industry declined sharply.

Part of the picture is that many clothing companies and other consumer goods companies in particular have moved their manufacturing to Mexican border towns. This co-production and trade with low-wage companies in Mexico is of great and growing importance, not least after the adoption of the NAFTA free trade agreement in 1992. approximately 1/3 of Texas’ foreign trade is with Mexico.

The value of forestry to the east and fishing in the Gulf of Mexico (shrimp, crabs, etc.) is relatively modest. In contrast, revenue from agriculture and the food industry is so high that in the United States it is surpassed only by California. Cattle farming and other animal husbandry (especially sheep and poultry) are most important, while cotton, rice, wheat, maize, peanuts and fodder crops characterize the vegetable use together with citrus fruits, vegetables and to a lesser extent wine.

Although irrigation farms are found almost everywhere, the concentration is greatest in the rain-poor West Texas, where the supply of water from rivers and groundwater has been a condition for the expansion of agriculture in the 1900’s. Included grazing areas cover the farmlands 4/5 of the area, and more particularly cattle farms can be very large. Where the average of Texas’ approximately 200,000 companies are on 259 ha, for example King Ranch has approximately 500,000 ha and 90,000 pcs. cattle divided into two farms SV for Corpus Christi. Like other agrobusiness companies, the ranch has foreign branches and its own laboratories and slaughterhouses.

Nature and environment. West Texas is dominated by the Great Plains’ semi-arid prairie plains, which continue to the SW in a mountainous landscape (part of the Rocky Mountains with Guadalupe Peak (2667 m)). To the east is a low-lying and rainy coastal plain, the southern extension of which consists of barrier islands with intermediate lagoons in the Gulf of Mexico (Matagorda, Padre Island, etc.).

The climate is temperate and subtropical with large differences in annual precipitation: from 1300 mm in SE (Port Arthur) to 200 mm in SW (El Paso). July temperatures are high and fairly uniform (26-29 °C), while the average in January varies between 2 °C (Amarillo) in the temperate zone and 13 °C (Galveston) in the subtropical zone.

Most soils are nutrient-rich, but vulnerable to periods of drought that most often hit the already rain-poor areas. Situations with droughts and dust storms are thus a recurring problem, which since the 1930’s has been tried to be addressed by e.g. dry farming. Another environmental problem is related to the dwindling groundwater reservoirs, which have led to a significant reduction in irrigation area, especially in the Texas Panhandle. 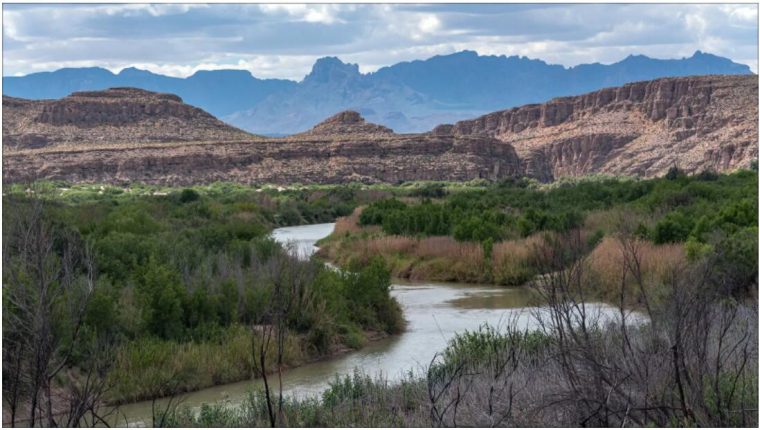 The rivers are used intensively for irrigation and electricity production in connection with numerous dam lakes. Due to the lack of natural lakes, many of these man made lakes are also popular excursion destinations. The largest are the Amistad Reservoir in the Rio Grande and the Toledo Bend Reservoir in the Sabine River. Other tourist destinations are the Big Bend and Guadalupe Mountains National Parks in addition to the national forests to the east and the vast sandy beaches of Padre Island.

The first Spanish exploration of the sparsely populated area took place in the 1530’s, but an actual settlement was not launched until the 1680’s. The area belonged administratively to Coahuila and was 1821-36 part of Mexico. The first major immigration from the United States was initiated by pioneer Stephen Austin with the approval of the Mexican government. In 1835, American settlers revolted when the Mexican government refused to guarantee a number of privileges, including the right to slavery, which was prohibited by Mexico’s constitution. After suffering defeat at the Alamo, the rebel army defeated Sam Houston at the Battle of San Jacinto, and in 1836 Texas became an independent republic with Houston as president. Relations to the United States, however, were so strong that in 1845 the United States welcomed an annexation of the area that extended all the way up to present-day Wyoming; this triggered the Mexican-American War of 1846-48, after which Mexico had to cede all land north of the Rio Grande. During the American Civil War of 1861-65, Texas was the westernmost outpost of the Southern States, but there were few major fighting in the state. After Texas was resumed in the United States, the so-called Red River War of 1874-75 led to a cessation of Cheyenne, comanche, and kiowa Indian attack. In western and northern Texas, a colonization took off, which with the breeding of cattle driven north to the railroad connections in Kansas by cowboys has stood as probably the most enduring notion of Texas.