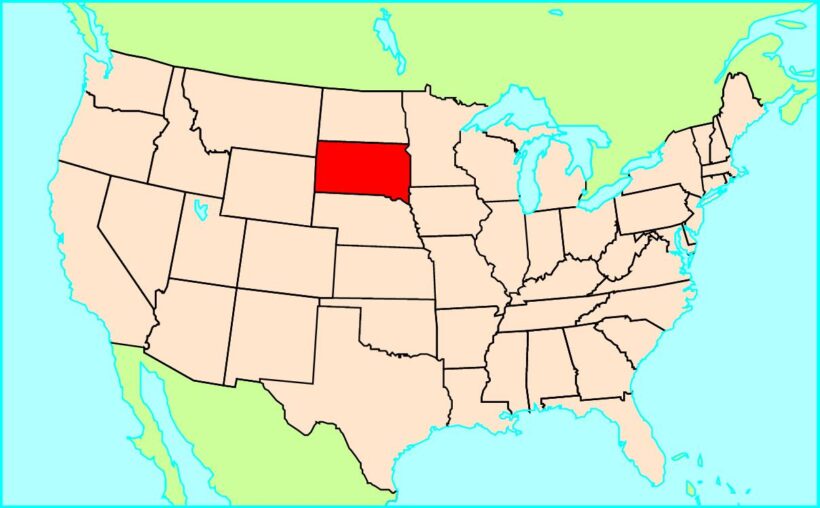 South Dakota is a relatively poor and sparsely populated agricultural state, whose population has stagnated following a large European immigration from the 1870’s to the early 1900’s. The settlement is scattered and without a dominant center except for the main road I-90, which connects Sioux Falls in the east with Rapid City in the west. The rest of the white population is divided into small towns and country estates, while descendants of 1800’s Sioux Indians predominantly reside in reservations, such as the Pine Ridge Indian Reservation, which is the country’s second largest after the Navajo Reservation in Arizona (see Wounded Knee). 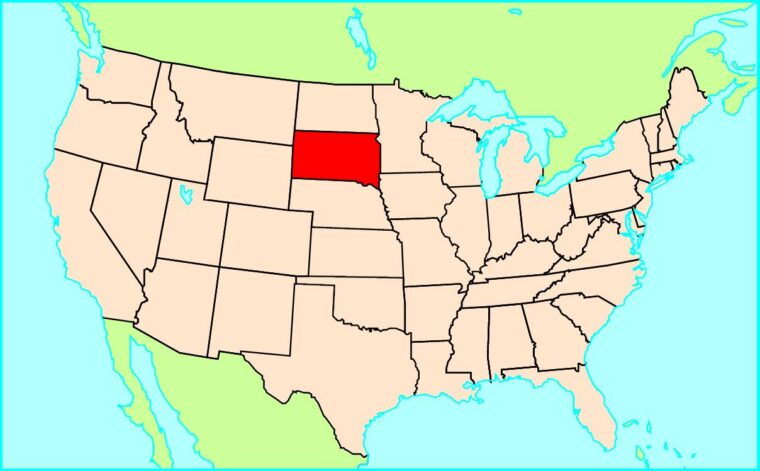 The climate is continental with hot summers, cold winters and a modest annual precipitation that decreases from approximately 500 mm in the east to approximately 300 mm in the west. Apart from the wooded Black Hills with Harney Peak (2207 m) in the SW, the landscape consists of vast plains, which before colonization were covered by high grasses in the east (Central Lowlands) and short grasses in the west (Great Plains). The areas separated by the Missouri River are today either cultivated or laid out for grazing for cattle and sheep, to a lesser extent for growing populations of bison. South Dakota is one of the largest producers of pork and beef and crops such as wheat, soybeans, flax seeds and sunflowers. The operation is extensive and includes 33,000 uses on average. 550 ha (1995). In relation to agriculture and the food industry, the other productive occupations are only of minor importance, incl. wood industry and mining at the Homes take Mine, where gold and other minerals have been extracted since the famous gold rush in 1874. By virtue of the dam buildings on the Missouri River in the 1950’s and 1960’s, most areas are well supplied with electricity and water. The excursion destinations include the Black Hills with Mount Rushmore National Monument and the nearby Badlands and Wind Cave National Parks; in addition to several lesser – known attractions outside the United States, such as the Wall Drug Store in Wall and the former mining town of Deadwood, which was given new life after the legalization of gambling in 1989.

South Dakota, which from the first half of the 1800’s was home to the Sioux Indians, was part of the Louisiana Purchase, which the United States acquired from France in 1803. In 1861, the Dakota Territory was established, but extensive immigration and settlement did not take place until gold was found in the Black Hills in 1874, as the Sioux despite previous treaties with the US government was forced to abstain. The definitive repression of the Sioux took place at Wounded Knee in 1890, the year after the Dakota Territory had been divided into two, North and South Dakota, which were simultaneously admitted as states in the United States.