South Carolina, state in the southeastern United States; 80,779 km2, 4.6 million population (2010), of which 28% are black. Capital and largest city: Columbia. Joined the Constitution in 1788 as the eighth state. Nickname: The Palmetto State.

Like several other southern states, South Carolina has had significant economic and population growth. Where society in the 1960’s was characterized by poverty, emigration and a backward agricultural sector, the proportion of poor people is now less than the national average, and industrial employment is among the highest in the United States. The driving force has been a business-oriented policy in combination with a low-paid and unorganized workforce, which has attracted new companies within e.g. clothing industry, electronics industry, chemical industry and automotive industry. Many of the companies are branches of foreign companies, such as BMW’s car factory near Spartanburg, which is the company’s largest investment outside Germany (opened in 1992).

The industrial centers are located on the major cities along the I-26 (Columbia, Charleston) and I-85 (Anderson, Greenville, Spartanburg) highways. Incl. some fast-growing suburbs, these cities now house just over half the population. The rest live in rural areas, whose population has fallen in line with the mechanization of agriculture and the planting of forests on former agricultural land. While plantations and crops such as cotton, rice and indigo dominant force in the 1800-T., Pine forests now covers 2/3 of the area. On the remaining arable land, soybeans, tobacco and peanuts are mainly grown.

The climate is rainy and subtropical with humid and hot summers (July 22-27 ° C) and mild winters (January 4-10 °C). Numerous rivers spring from the Blue Ridge Mountains in the NW (highest point 1083 m), which is used for hydropower in the hilly terrain (Piedmont Plateau) between the mountains and the coastal plain. The coastal plain, which occupies approximately 60% of the land area, is bounded by the Atlantic Ocean by the island chain Sea Islands and the sandy beach The Grand Strand with Myrtle Beach Resort in the north. Several of the small islands connected by dams are tourist destinations, while others are inhabited by descendants of freed slaves who have preserved a peculiar mixed culture here (Gullah or Geechee) with roots in West Africa. Also known is Parris Island, which since 1915 has been the training base for the US Marine Corps.

English colonies were established by Charles Town in 1670, and ten years later Charleston moved to its present location and soon became a prosperous trading town, not least by virtue of the slave trade. Already approximately In 1710, slaves made up the bulk of the area’s population, and South Carolina’s agriculture, which in the 1700’s. included rice and tobacco cultivation, was from approximately 1800 completely dominated by cotton plantations with slave labor. South Carolina thus became the strongest opponent of the abolition of slavery, and the state was the first to step out of the United States in 1860 and join the Confederate States of America. After the four-year American Civil War, whose first acts of war took place in 1861 at Fort Sumter next to Charleston, slavery was abolished, but 30 years later racial segregation in public places, segregation, was again enshrined in the state. In 1963, South Carolina became the last state in the United States to grant blacks access to higher education. 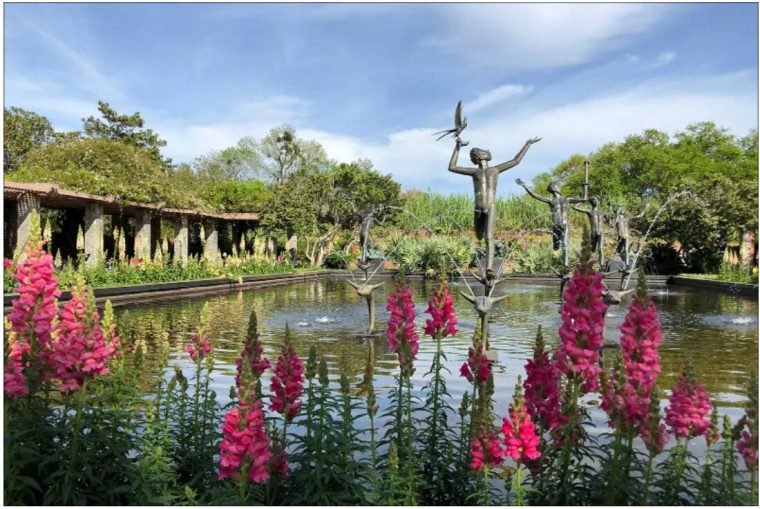