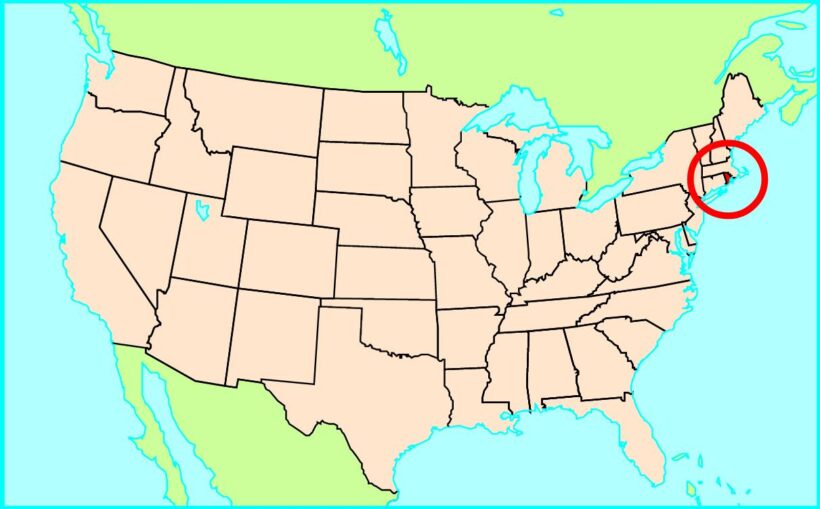 Rhode Island, off. The State of Rhode Island and Providence Plantations, state on the Atlantic coast of New England, USA; 3189 km2, 1.05 million population (2010), of which 81% are white. The capital and largest city is Providence. Joined the Constitution in 1790 as the 13th state; nicknames: The Ocean State and Little Rhody.

The state, which is the smallest and one of the most densely populated in the United States, is named after the island of Rhode Island in Narragansett Bay. Most of the residents live in the capital region, which is an economic and educational center. The rest are distributed on the port city of Newport and a number of small urban communities in the countryside, on the many islands in the bay along the coast. After a significant immigration of Irish and other Europeans especially in the 1800’s. the population has been almost unchanged since World War II. 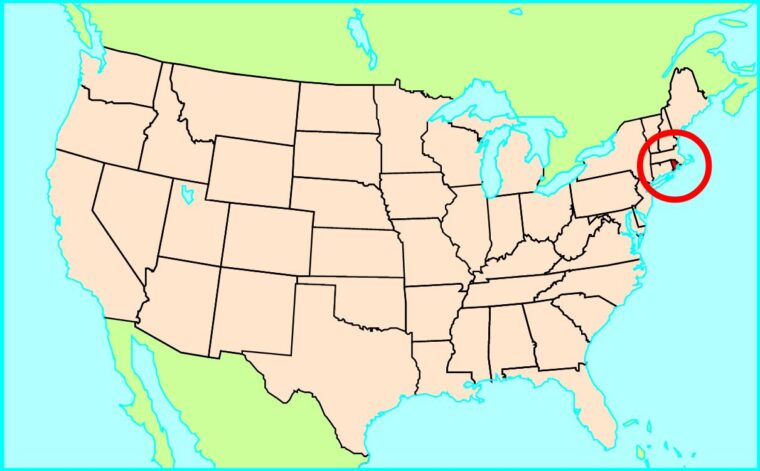 Economically, Rhode Island is relatively prosperous with a large trade and service sector and a varied industry (jewelry, textiles, toys, electronics, etc.). The fastest growing industries include tourism based on historical sites and Narragansett Bay’s recreational opportunities (beaches, marinas, nature parks). The state retains its historic roots, and in Providence and Newport, entire neighborhoods with some of America’s oldest buildings have been carefully preserved. A sought-after tourist destination is also the holiday island of Block Island in the Atlantic Ocean. Traditional occupations such as agriculture, forestry and fishing (especially mussels) are of less economic importance. Less than 5% of the area is cultivated, while forests and lakes together cover approximately 2/3.

Both the mainland and the many small islands form a hilly moraine landscape with the highest point, Jerimoth Hill (274 m), on the border with Connecticut in the west. The climate is rainy and temperate with average values ​​around freezing in January and 21 °C in July.

The first of the English colonies, Providence, was established in 1636 by Roger Williams and settlers from the Massachusetts colony who wanted a separation of church and state. In 1663, the area under the name Rhode Island and Providence Plantations was given the status of a privileged colony with extensive autonomy. As the first of the North American colonies, Rhode Island seceded from Britain in 1776, and due to the strong anti-federalism of its residents, it did not accede to the US Constitution until 1790. Rhode Island had early taken part in the colonial triangle trade. In 1784, slavery was abolished by law, and the state became a pioneer in the early industrialization of the United States. 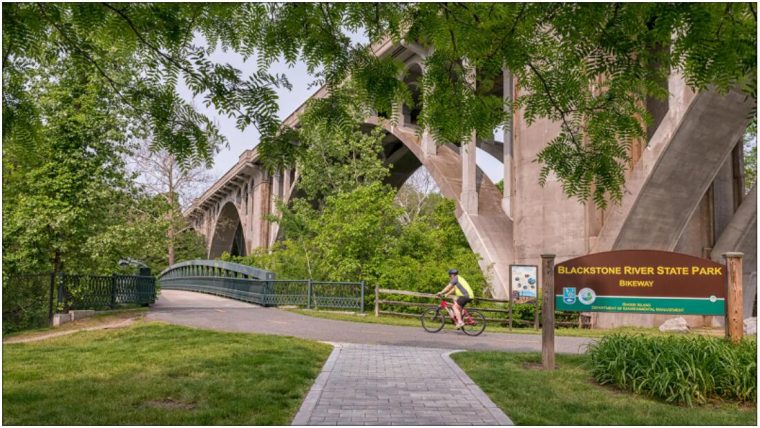