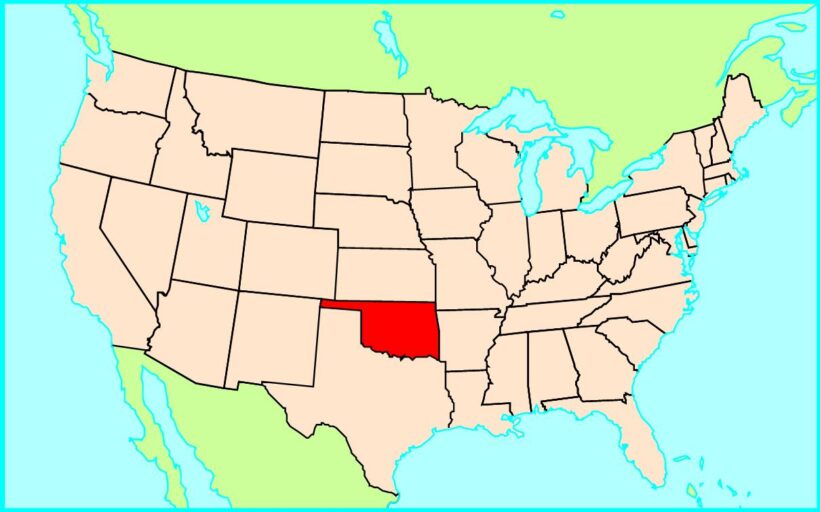 Oklahoma is a relatively sparsely populated and impoverished state, whose population did not regain its size until around 1970 after emigration during the Depression and the dust storms of the 1930’s (see Dust Bowl). approximately 2/3 of the residents, known locally as okies, living in cities, the majority in Oklahoma City and Tulsa. The Native American peoples, numbering 261,000 and in the United States only surpassed those of California, are found especially in a number of smaller towns: Okmulgee (creek), Ponca City (ponca), Tahlequah (cherokee), Wewoka (seminole) and others.

Occupationally, Oklahoma has traditionally relied on agriculture (cattle, wheat, cotton, and the food industry) and energy raw materials (oil, gas, and petrochemical industries). Since the early 1980’s, both sectors have been hit by declining production and capital flight, which has been partially offset by new industries (automobiles, aircraft, electronics) and service companies (including the Federal Aviation Administration and large divisions of American Airlines and Hertz).. Economic activity is concentrated in Oklahoma City and Tulsa, which also houses universities and research centers (especially for medicine) and major airports. 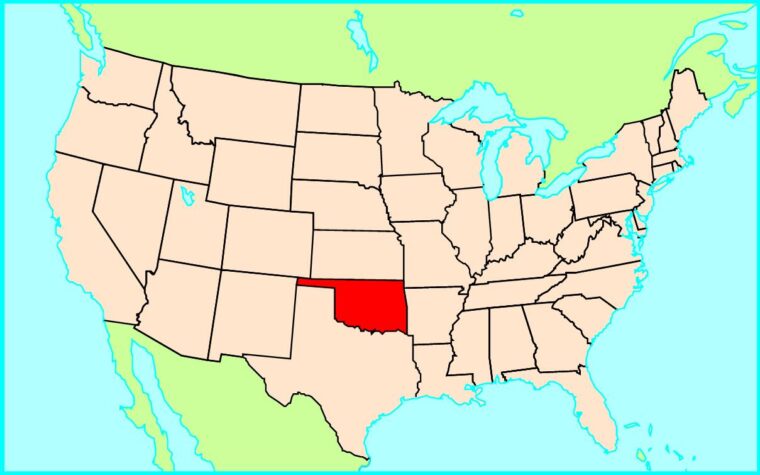 Arable and grazing land occupies almost 75% of the area, of which the majority in the western and central prairie areas, which since the 1930’s have been characterized by soil erosion in places. Forests cover 16% and are found mainly in the eastern hilly landscape, which is divided by the main river Arkansas River into the Ozark Plateau and Ouachita Mountains. The areas are popular excursion destinations. The same goes for numerous rodeos and powwows, which are held regularly almost everywhere in the state. Major attractions are The National Cowboy Hall of Fame in Oklahoma City and Indian City USA in Anadarko.

The climate is continental with mean values ​​in January and July of respectively. 0 °C and 26 °C. The precipitation, which varies greatly from year to year, is greatest in the east (about 1200 mm) and least in the west (about 400 mm). The highest point is Black Mesa (1517 m) in the NW.

The United States acquired Oklahoma with the Louisiana Purchase in 1803. In 1828, Congress passed the reservation to Indians, and by 1880, more than 60 tribes were forcibly relocated to Native American territory. After the American Civil War, the area came under military management. Pressure from railroad interests and settlers led to the opening of American settlement in 1889, and the following year the Oklahoma territory was separated; in 1907 the rest of the Indian Territory was incorporated into it, and the state of Oklahoma was formed. 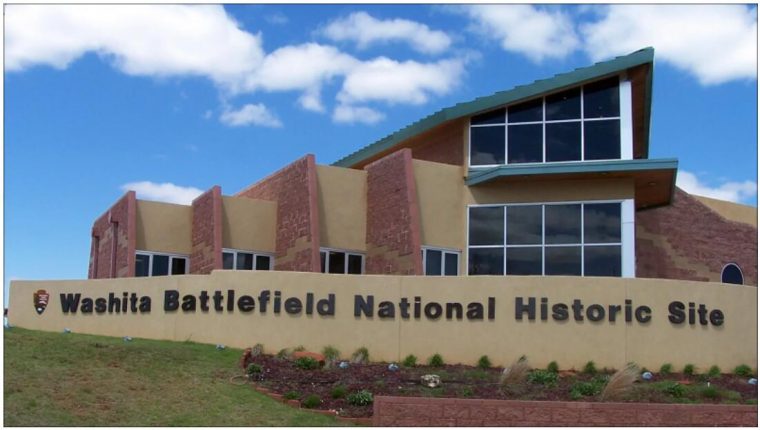