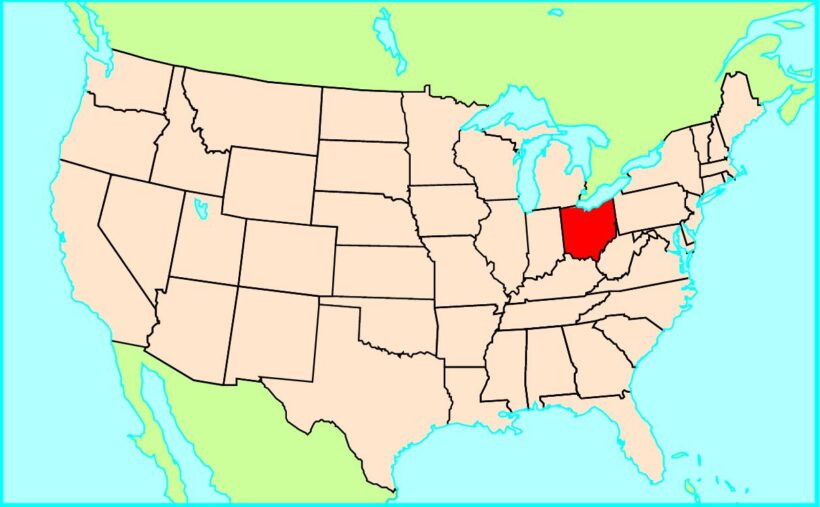 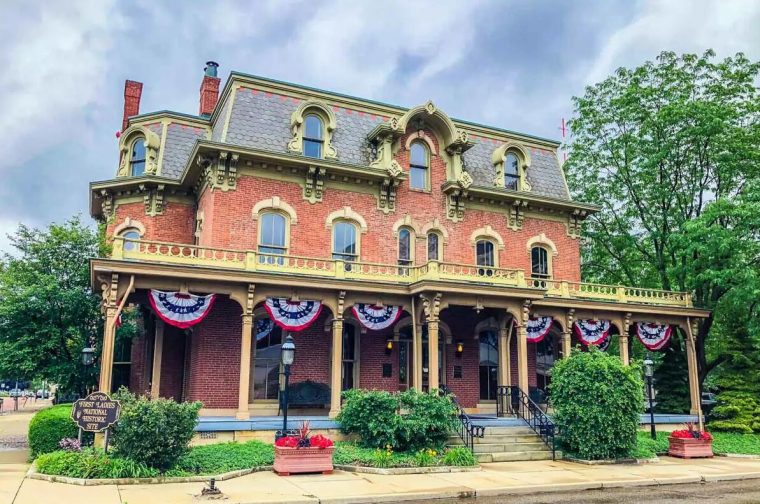 As in other Midwestern states, the population is predominantly descendants of 19th-century European immigrants. and the beginning of the 1900-t. and to a lesser extent black immigrants during and after World War II. Since the 1960’s, growth has slowed, while there has been an extensive shift from metropolitan centers to suburbs. Now the cities hold approx. 3/4 of the population, of which almost 90% in Columbus, Cleveland, Cincinnati, Toledo, Akron, Dayton and Youngstown.

Along with a large agricultural sector, industry has traditionally been the backbone of the state’s economy. The automotive industry is the second largest in the United States (after Michigan), and there is also a significant production of aerospace equipment, chemicals, electronics and plastic products. The steel industry, centered in Cleveland and Youngstown, has declined sharply since the 1960’s. The same is true of other basic industries, which, like the car industry, have not been able to attract new investment, especially Japanese, and restructure production after a severe crisis in the decade from the late 1970’s. 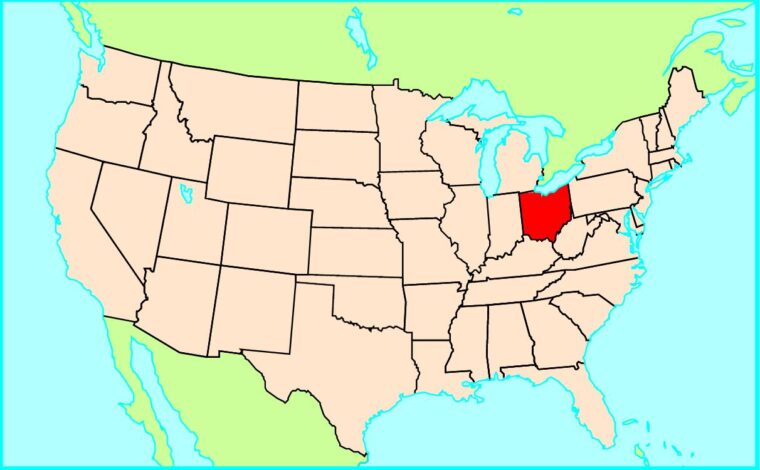 In 1995, agriculture comprised 74,000 holdings and covers just over 50% of the area. Main products are corn and soy followed by dairy products and pork. Forestry is of little importance, although the area is almost 30%, most mixed deciduous forest in SE; of greater economic value are mining products such as limestone (largest production in the United States) as well as oil, gas and coal. The road and rail network is well developed, and from the ports on Lake Erie in the north (Toledo, Cleveland) and the border river Ohio in the south (Cincinnati), considerable quantities of industrial and agricultural goods are shipped to e.g. foreign markets.

Apart from the eastern Allegheny Plateau (part of the Appalachians ), the surface consists of a hilly moraine landscape with fertile soils. The climate is rainy and moderately continental with mean values ​​in January and July of respectively. −2 ° C and 24 ° C. The biggest tourist destinations are Sandusky and the nearby islands in Lake Erie, which have benefited from the environmental efforts that have managed to reduce pollution of the lake since the 1980’s.

Burial mounds testify to early settlements, but explorers in the 1600’s did not mention housing to any appreciable extent. Native American tribes such as Shawnee and Iroquois are therefore thought to have first settled in Ohio in the 1700’s. After Anglo-French rivalry, the area came under British rule in 1763; it passed in 1783 to the United States and was from 1787 part of the Northwest Territory. In 1795 the Indians had to give up 2/3 of the area. Ohio was established as a state in 1803, and extensive canal and road construction spurred immigration. During and after the American Civil War 1861-65 the industry was developed thanks to a large-scale immigration from Eastern and Southern Europe. Relocation of blacks from the Southern States in the 1900’s has created the composite population that characterizes Ohio today.