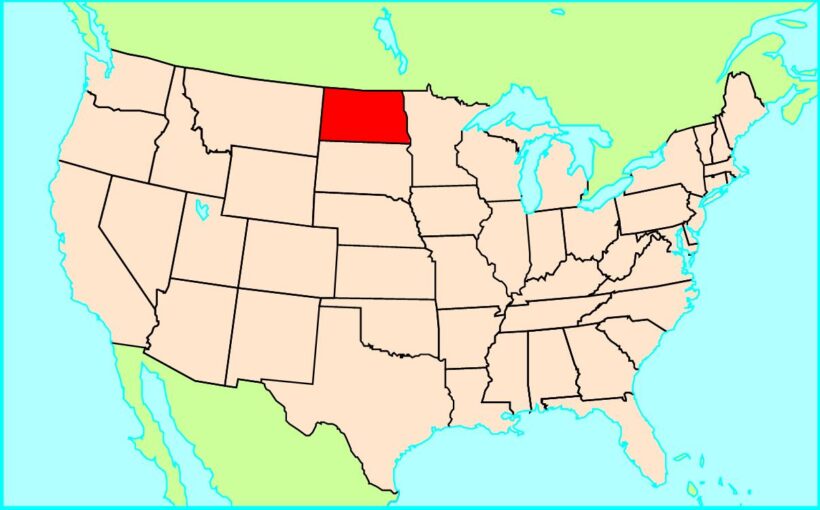 After a major wave of immigration 1871-1915, the population has stagnated, leaving North Dakota one of the most sparsely populated states in the United States. Apart from a Native American minority of approximately 5% of the residents are mainly descendants of Russian, German and Scandinavian, especially Norwegian, settlers. The settlement pattern is scattered and without a dominant center, and although emigration from rural areas has grown due to amalgamation and mechanization, the rural population accounts for almost 50%. Largest cities are Fargo (105,500 residents) and Grand Forks, both on the Red River border to the east, followed by Bismarck on Missouri in the central interior. Before colonization, prairie grasses covered 90-95% of the area. These areas are now included in agricultural operations such as arable land and grazing fields (cattle, sheep). Main crops are wheat and oilseeds (sunflower, flaxseed) as well as oats, barley and beets. The operation is extensive and includes a total of 32,000 family farms on average. 510 ha (1995). In terms of agriculture, the industry, which is mostly a food industry, is only of minor importance, while mining in the western oil and lignite fields has been an economic asset, especially after the construction in 1954 of the hydroelectric power plant at Garrison Dam on the Missouri River. The dam rises Lake Sakakawea, which with its 1578 km2 is the state’s largest lake and most popular excursion destination. Another attraction is Theodore Roosevelt National Park in the erosion of the western landscape badlands. The rest of the landscape, from the fertile Central Lowlands in the east to the semi-arid Great Plains in the west, is flat and uniform. The climate is continental with a modest annual precipitation (350-500 mm) and temperature average values ​​in January and July of respectively. −13 °C and 21 °C. Near Fargo is the KTHI-TV Tower, which with its 628 m is one of the world’s tallest building structures. 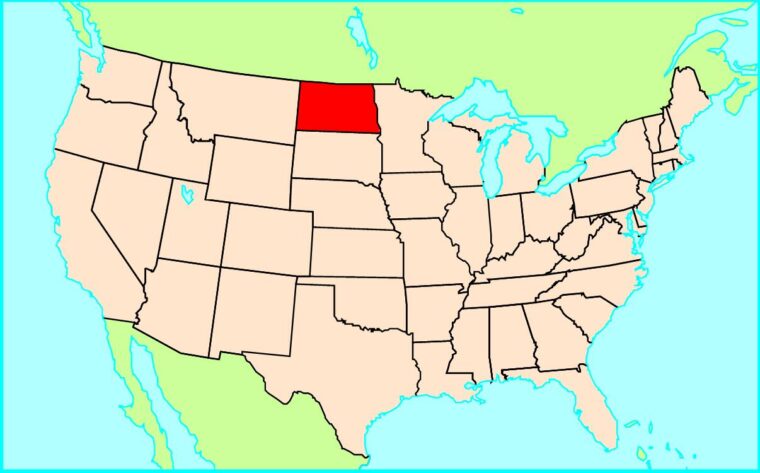 The area, much of which was American by the Louisiana Purchase in 1803, was in 1889 separated from the Dakota Territory, as many immigrants from northern Europe were searched there after the opening of the northern transcontinental railroad in 1883. In 1920, about 1/4 of the population of Scandinavian descent. 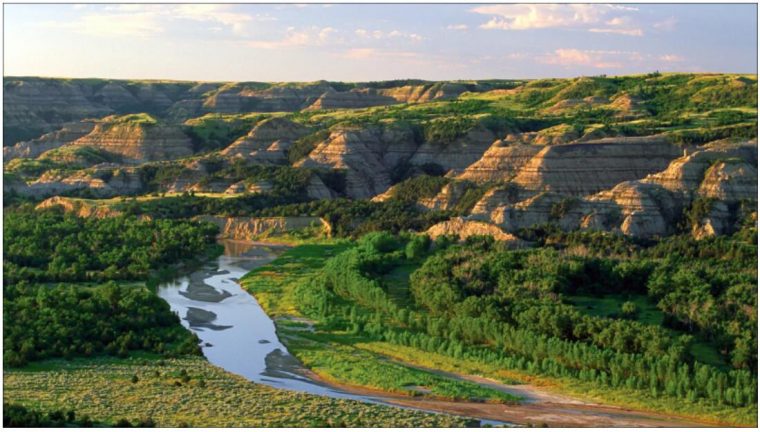