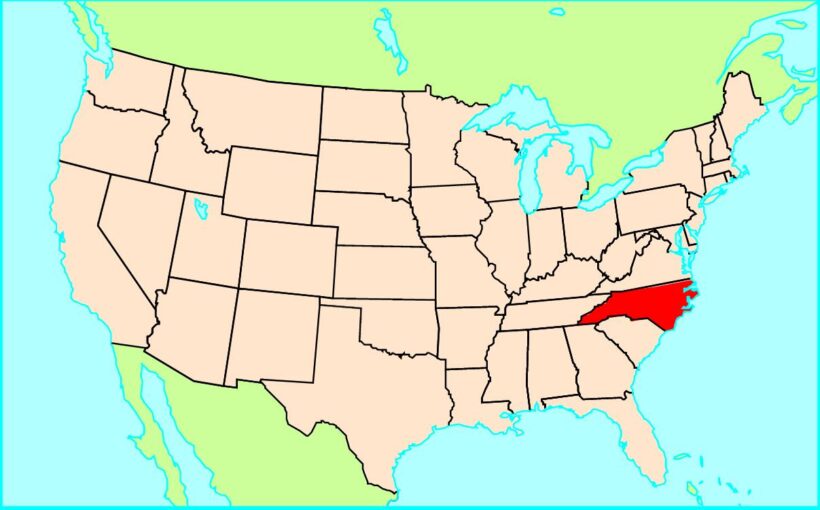 The state’s economic and population center of gravity is found in the central city belt, which stretches along the main road from Raleigh and Durham in the east to Greensboro and Winston-Salem in the west. Outside the city belt are Asheville and Charlotte (largest city with 594,000 residents) and the port city of Wilmington in the SE. In addition, the state has a large rural population that has had only a limited share in the economic growth of recent decades. Widespread poverty is found among small farmers and Native American minorities in the western mountain areas. North Carolina is one of the largest producers of tobacco and peanuts in the United States, which together with soy, pigs and poultry form the basis of a significant food and beverage industry; known is the cigarette giant Reynolds Tobacco Co. in Winston-Salem. Other raw material industries are the timber and furniture industry (forests cover about 60% of the area) as well as the textile and clothing industry. Unlike these low-wage industries, which, like the rest of the business community, generally employ unorganized labor, there are a large number of research-heavy high-tech industries (electronics, biomedicine, etc.). The largest concentration is in The Research Triangle Park, which since its construction in 1959 has been based on close collaboration between private companies and the universities of Raleigh, Durham and Chapel Hill. 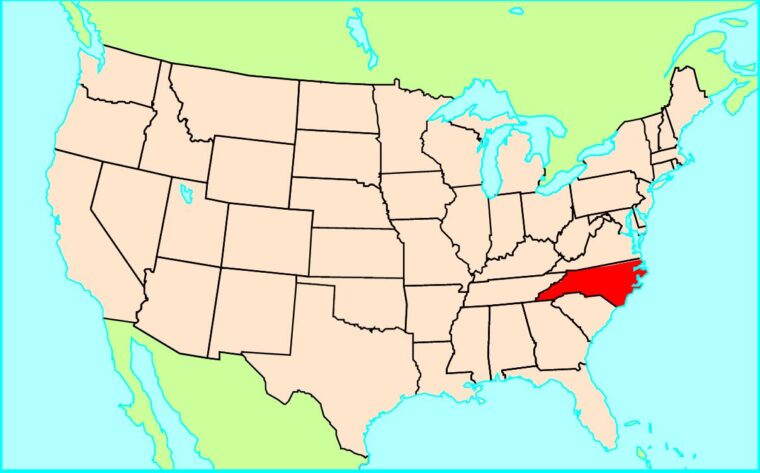 The terrain consists of a central, approximately 300 km wide and 200-500 m high hilly landscape bounded to the east by a wide coastal plain and to the west by the southern Appalachians (Mt. Mitchell, 2037 m). The climate is rainy and subtropical except for the high mountain areas. Attractions include the Great Smoky Mountains National Park and the protected headlands of Cape Hatteras and the Cape Lookout in the Atlantic Ocean.

The first English colony in North America was established in 1585 on Roanoke Island; however, like others, it was later abandoned, and it was not until the 1650’s that permanent colonies were established. After North Carolina seceded from Britain in 1776, it relinquished the western territories that became Tennessee. North Carolina sided with the Southern States during the American Civil War 1861-65; after the war and the abolition of slavery, the large tobacco plantations were converted into attachment farms. The majority of the original residents, the Cherokee, were forcibly relocated to Oklahoma as early as the 1830’s. 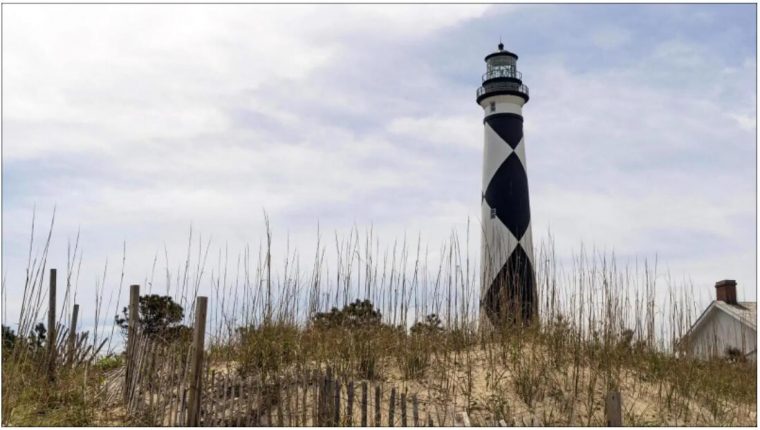 The Great Smoky Mountains National Park is located in eastern North Carolina and part of Tennessee and is guarded by the town of Cherokee. The Great Smoky Mountains is one of the most visited parks in the United States of America and is visited by around 9 million tourists annually. The mountain range in which the park is located reaches considerable heights, sixteen peaks here exceed the height limit of 1800 meters above sea level.

The Great Smoky Mountains National Park, which was established on June 15, 1934, today occupies an area of 521,086 hectares. The border between the states of Tennessee and North Carolina passes through the park. The park got its name from the fog that hangs in the mountains and resembles smoke rising from the valley. The name was given to the park by an ancient Indian tribe living in North America, whose culture was among the most advanced in this part of America. These people were mainly engaged in agriculture and even had their own writing, and in the 19th century it became a separate sovereign nation with rights and responsibilities. Even so, they were eventually forcibly evicted by then-President Andrew Jackson to Oklahoma in 1838. This involuntary journey of theirs was later called the Trail of Tears and more than 5,000 members of the tribe perished on it.

The park is proud of its beautiful, untouched and wild nature, which has become home to many animals. Very often you can come across a bear, for example, so you need to be careful and considerate. It is also home to probably the largest number of salamander species in the world. There are also more than 3,500 plant species in the park, such as rhododendrons, mountain magnolias and orchids, so the landscape shines with all kinds of colors of their flowers. Due to its numerous natural beauties, the national park ranks among the most beautiful mountain areas in the Appalachian Mountains and has been on the UNESCO List of Natural Monuments since 1983.

The highest peak of the park is Clingmans Dome with a height of 2024 meters above sea level located in the state of Tennessee. All interesting places in the park are accessible by marked hiking trails. The most famous trail crossing the entire Appalachian Mountains is the Appalachian Trail leading from Maine to Georgia. There are 1,368 km of unpaved trails and roads in the Great Smoky Mountains Park. A single paved road, Route 441, crosses the mountain range from north to south, looping around the Newfound Gap Road lookout. From here you have a unique and extraordinary view of the highest mountain. One of the most visited places in the park is Mount Le Conte, which is 2,010 meters above sea level. The 24-meter-high Laurel Falls is also a popular destination for tourists.