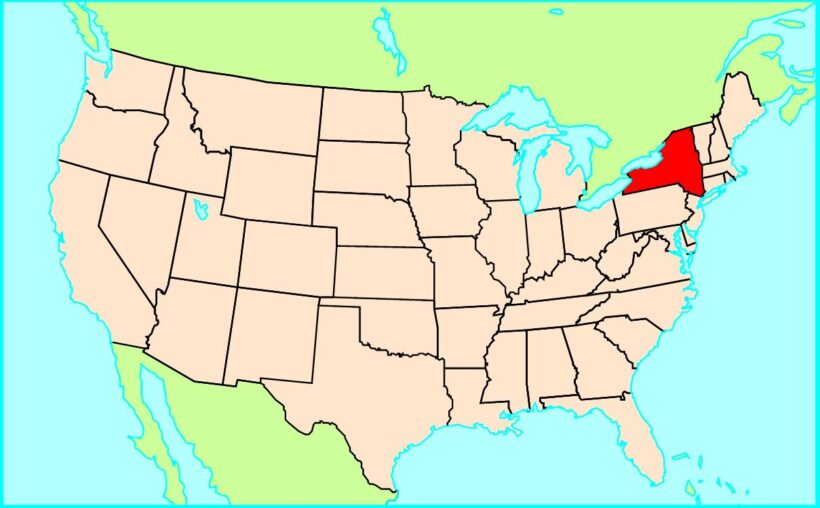 New York has in the 1900’s. has been the second largest immigrant state in the United States, surpassed only by California. Unlike California and Texas, which both have a larger population, growth has stagnated from approximately 1970, when the emigration of especially many whites to Florida and other southern states has more than offset a new, large wave of immigration from Asia, the Caribbean and Eastern Europe. The city of New York City (NYC) is with 8.1 million residents the dominant center. The rest of the population lives mainly in the cities along the transportation corridor that follows the Hudson and Mohawk River valleys from NYC in the SE via Albany in the north to Rochester and Buffalo on the Great Lakes in West. The line is very busy, especially of cars, but also on trains and ships, and 4/5 of the population in NY live here. 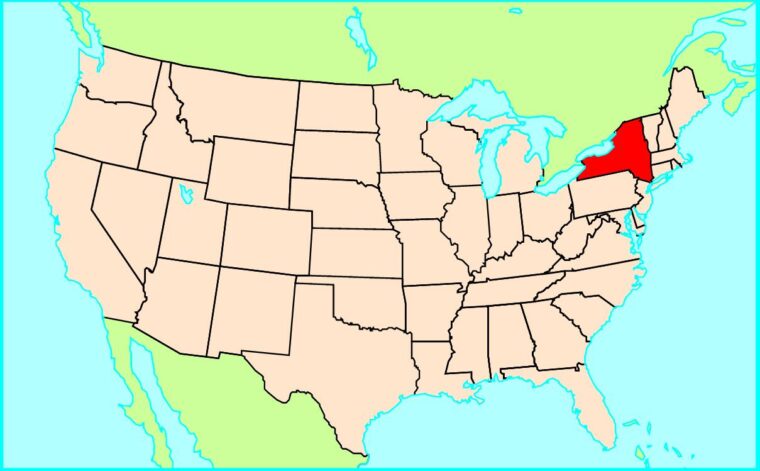 With a GDP of over 500 billion. dollars, New York’s economy is so large that in the United States it is surpassed only by California and in the rest of the world only by quite a few countries. All economic sectors are represented, but especially banking and insurance business as well as industry, transport, trade, tourism and service are highly ranked. The same is true of the research and education sector, which counts a large number of private universities and colleges in addition to SUNY (State University of New York) with departments in most major cities.

Like the economy in general, industry is broadly composed. Since World War II, the heavy industry (iron and steel industry, etc.) has declined, while various high-tech industries since the 1980’s have had a significant growth due to e.g. federal and foreign investment (Japan, Germany, Canada). The largest industries include the graphics industry, the electronics and computer industry, and the aerospace industry; in addition, there is a large production of industrial machinery, clothing, leisure equipment, pharmaceuticals and chemicals. In NYC’s northern suburbs are the headquarters for IBM, Texaco and PepsiCo, while one of the largest corporations outside the metropolitan area is Eastman Kodak in Rochester.

54% of the area is covered by forests, but the wood industry is of little importance. The woodlands, found mainly in the Adirondack Mountains in the north and the south of the Catskill Mountains (west of the Hudson River), are popular excursions. Near the highest point, Mt. Marcy (1629 m), is located Lake Placid, which in 1932 and 1980 hosted the Winter Olympics. Agriculture occupies almost 30% of the area and is dominated by dairy farming as well as fruit growing and horticulture. In addition, there is a growing wine production on the eastern Long Island and in the scenic Finger Lakes region of the western highlands (part of the Appalachians). The climate is rainy and continental with great variations from north to south. Biggest tourist destination outside of NYC is Niagara Falls.

2% of US wine is produced in New York. Production takes place on Long Island and on the mainland in The Finger Lakes region. The main grapes are chardonnay for the white wines and cabernet sauvignon and merlot for the red ones. The wines are in demand in the city of New York, and the prices are quite high. The best wines are of good quality. See also USA (wine).

In 1609, Henry Hudson explored for the Dutch the river named after him, where in 1624-26 they established the colonies of Fort Orange (Albany) and Nieuw Amsterdam; the latter was conquered by the English in 1664 and renamed New York. As part of the Anglo-French rivalry, the English colonists entered into an alliance with the Iroquois League against France in 1692. But also in the relationship with the mother country conflicts arose when from the beginning of 1700-t. was growing aversion in America to the English tax levy, and in the 1760’s New York became the leader in this protest. The Provincial Congress declared New York independent in 1776, and even though the city of New York during the American Revolution was occupied by the British, the state was one of the strongest bastions of the rebels. In 1797, the capital was moved from New York to Albany, and with the opening of the Erie Canal in 1825 and the expansion of the railroads in the 1840’s, developments in the less accessible northern and western parts of the state were alienated. 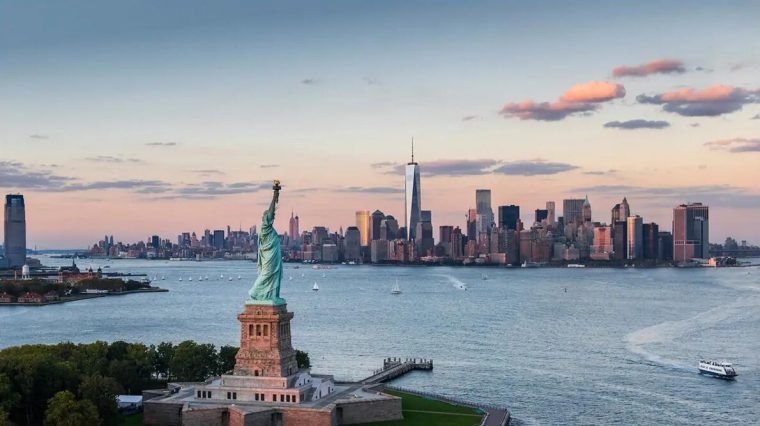