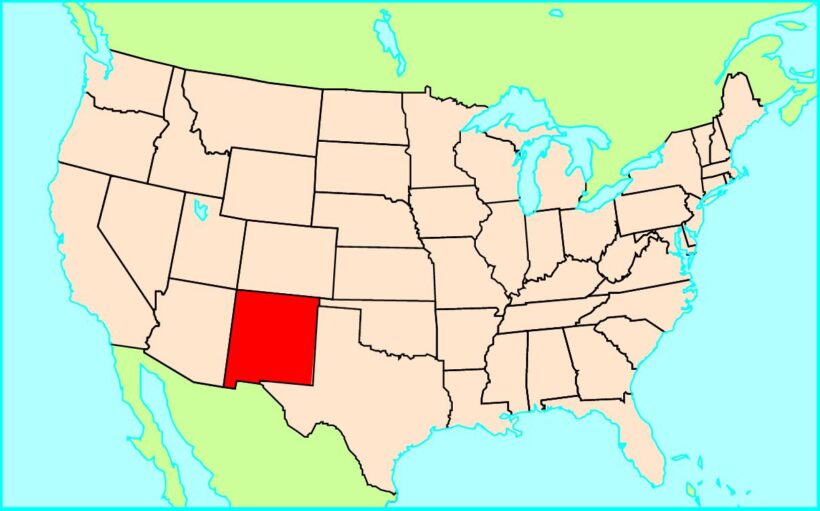 Despite a periodically high population growth after World War II, New Mexico is a sparsely populated state with many poor people; this includes a minority of approximately 140,000 Indians, living primarily in reservations. The rest of the population lives mainly in the cities along the Rio Grande and the north-south highway I-25; largest city is Albuquerque (484,000) followed by Las Cruces and Santa Fe. 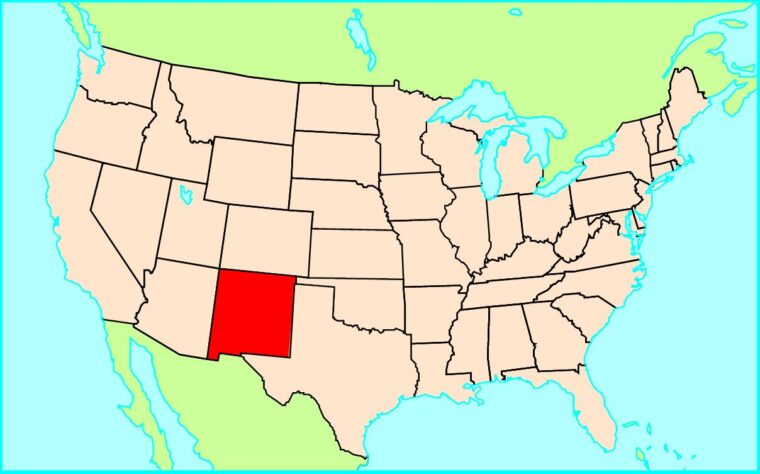 A turning point in the state’s history occurred during World War II, when Los Alamos (NW of Santa Fe) was chosen as the center of the Manhattan Project.. This ushered in a period of great federal investment in the form of research laboratories, military bases, and test areas; Among other things, White Sands Missile Range at Alamogordo, where the first atomic bomb was tested in July 1945. In connection with the laboratories, which also include research in aerospace and solar energy, a number of high-tech follow-on industries have emerged; the rest of the industry is mostly related to agriculture and mining. Agriculture is dominated by extensive cattle breeding in addition to irrigation with cotton, wheat and vegetables (especially chili). Main mining products are oil and natural gas as well as uranium, copper and potassium. The climate is temperate and in most places dry and sunny. But the variation is great, from plateaus with bush steppe and desert to forested mountains with heavy snowfall in winter. The central and northern regions are formed by the Rocky Mountains (Wheeler Peak 4014 m); the eastern part, popularly called Little Texas, is a flat prairie area and part of the Great Plains. 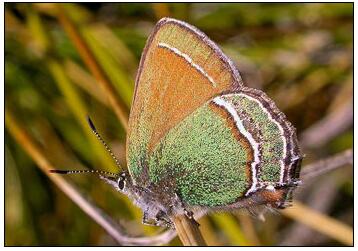 In the United States, New Mexico is best known for two annual events: The Inter-Tribal Indian Ceremonial at Gallup in NV, North America’s largest powwow, and The Albuquerque Balloon Fiesta, which brings together attendees and spectators from around the world in a giant hot air balloon convention. The regular tourist destinations include the stalactite caves at Carlsbad Caverns and the Santa Fe ski resorts.

El Camino Real, or the Royal Road, is the oldest and longest road in continuous use in the United States of America. European colonists used it during their travels to New Spain (present-day New Mexico). El Camino Real stretched 2,560 kilometers from Mexico City, Santa Fe to New Mexico. It was used for commercial purposes mainly in the years 1598 – 1882. Its American part, crossing the state of New Mexico for a length of 646 km, was declared a National Historic Trail in October 2000 and is under the protection of the National Park Service.

From the border between Texas and New Mexico, US Route 85 leads to San Juan Pueblo, which skirts this historic trail and offers a nice view of the surrounding countryside. Parts of this historic trade route are adapted for cycling, horseback riding or hiking. One such section is, for example, Paseo del Bosque near Albuquerque or the Rio Grande Trail. To the north, the trail connects to other important trade arteries, the Old Spanish Trail and the Santa Fe Trail.

Along the trail you can come across the old forts of Fort Craig and Fort Selden. El Camino Real de Tierra Adentro also includes a visitor center and museum located about 30 miles south of the town of Socorro. The center, together with the trail, has been a national monument since 2005. It houses valuable exhibits and artifacts related to the history and heritage of the El Camino Real trail. Many of the people living in southwestern New Mexico today are likely descendants of the original settlers who made their way here along this trail.

The area has been inhabited for more than 10,000 years and was until 1400-t. center of the pueblo cultures. The first Spanish explorers reached here around 1540, and in 1610 Santa Fe, the first permanent settlement, was established. In 1821, the area became part of the Republic of Mexico, but was taken over by the United States by conquest in 1848 and by purchase in 1853. New Mexico territory was established in 1850 and also included Arizona and southern Colorado. With the spread of cattle farming, the Navajo and Apache Indians became in the late 1800’s referred to reserves.