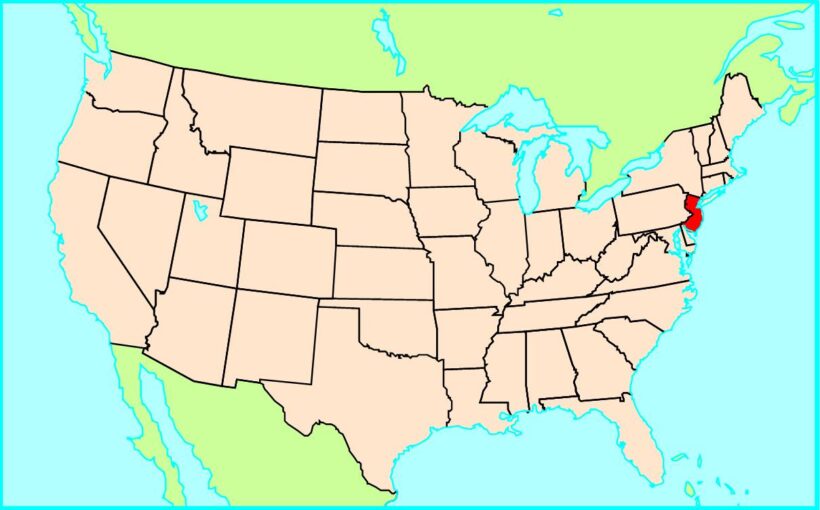 New Jersey, Atlantic State in the United States between the cities of New York and Philadelphia; 21,277 km2, 8.8 million population (2010), of which 69% white. Capital: Trenton. Joined the Constitution in 1787 as the third state. Nickname: The Garden State.

New Jersey is one of the most densely populated, densely trafficked and most urbanized states in the United States. The largest cities have grown together over time and are part of New York’s metropolitan area in the NE (Newark, Jersey City, Paterson, Elizabeth) or in Philadelphia’s metropolitan area on the Delaware border in the SW (Camden, Cherry Hill, Trenton). Outside these agglomerations, there are e.g. the amusement park Atlantic City and numerous seaside resorts along the Atlantic coast. The rest of the state is mainly covered by forest (40%) or is cultivated (14%). 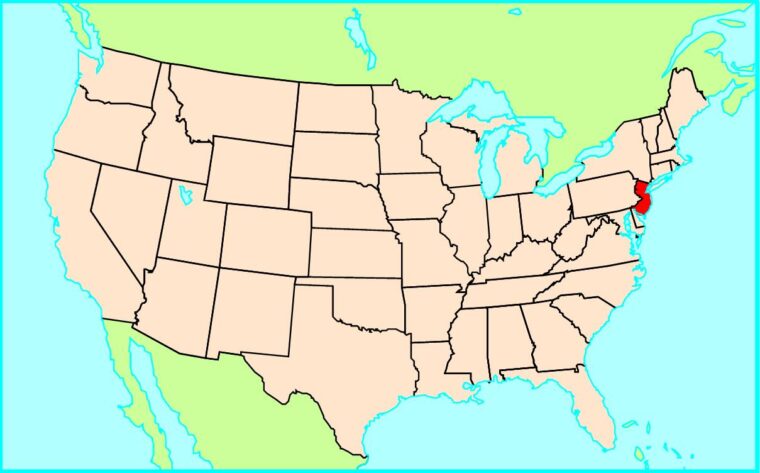 Although not without significance, the primary industries do not count much in relation to the industry, which after turnover is only surpassed by banking and insurance business. Other significant occupations are trade, transport and tourism. In addition, there is a very large research sector, which has been closely linked to the industry since Edison founded his research laboratory in Menlo Park in 1876. Here is, for example, the prestigious Institute for Advanced Study at Princeton University as well as development departments for e.g. AT&T and Western Electric. In terms of population, patent issuance and the number of researchers are greater than in any other US state.

The climate is rainy and temperate, but varies especially in winter from the low-lying coastal plain in the south to the mountain areas in the NW (highest point 550 masl). Almost no matter where you are, industrial and traffic pollution is intrusive.

The coast of New Jersey was explored by Verrazano in 1524 and Hudson in 1609; the first trading posts were built by the Dutch in the 1620’s. The area became English in 1664 and was divided in 1676 into two parts, the western of which was colonized by Quakers. The parts were assembled in 1702 into a royal colony. The Native American population was decimated, and in 1758 the first Native American reservation in North America was established in New Jersey. During the American Revolution, a number of important battles took place in New Jersey 1776-78. In the 1800’s. foreign canal and railway facilities industrial development. Pga. a very liberal corporate and tax law, New Jersey has also become known as the headquarters of many large corporations. 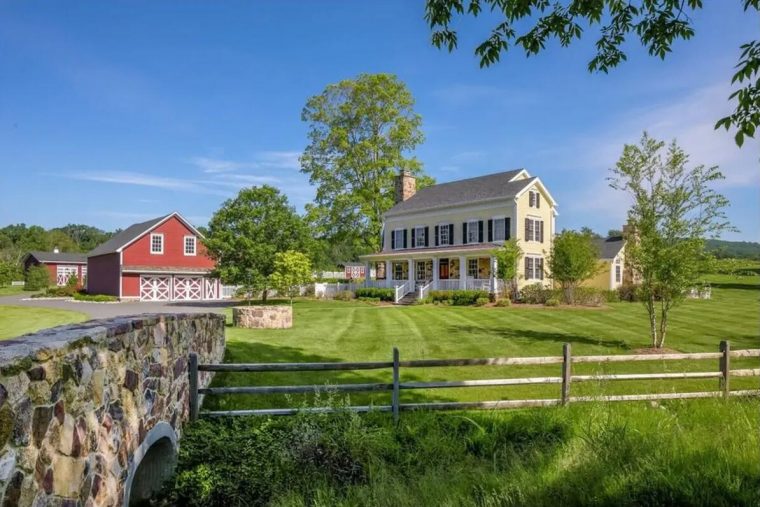