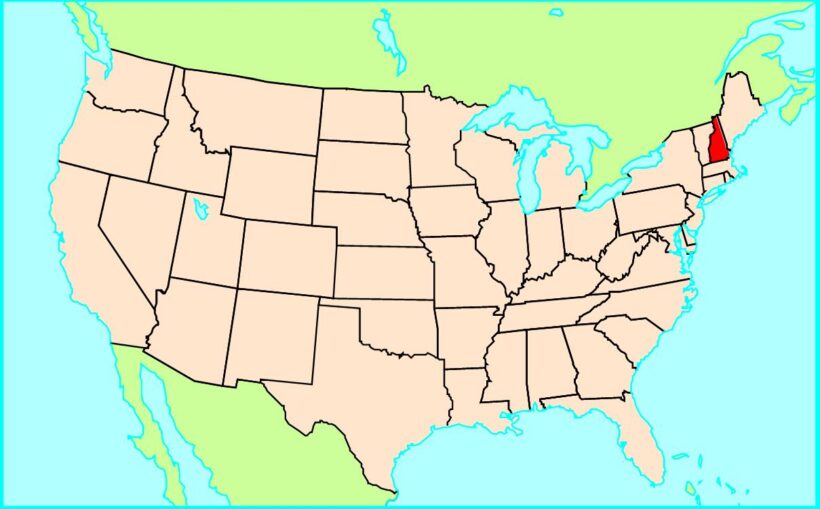 New Hampshire, state in the New England region, USA bordering Canada to the north; 24,044 km2, 1.32 million population (2010), of which 94% white. Capital: Concord. Joined the Constitution in 1788 as the ninth state. Nickname: The Granite State.

New Hampshire is a small but economically prosperous state that has more than doubled its population since World War II. Growth has been concentrated in the densely populated lowlands of the SE, which include the capitals Manchester and Nashua and is almost a suburban region of Boston, Massachusetts. The economy is based on a large industrial sector with modern high-tech companies and traditional basic industries (machine, metal, plastic and paper industry). Back from 1800-t. the naval shipyard US Naval Shipyard is located in Portsmouth, while the famous textile factories along the Merrimack River, which was among America’s first major industries in the 1800’s, all have disappeared. Forests cover just over 80% of the area, but forestry is only of minor importance. The same applies to agriculture, which has a modest production of dairy products, fruit and vegetables. 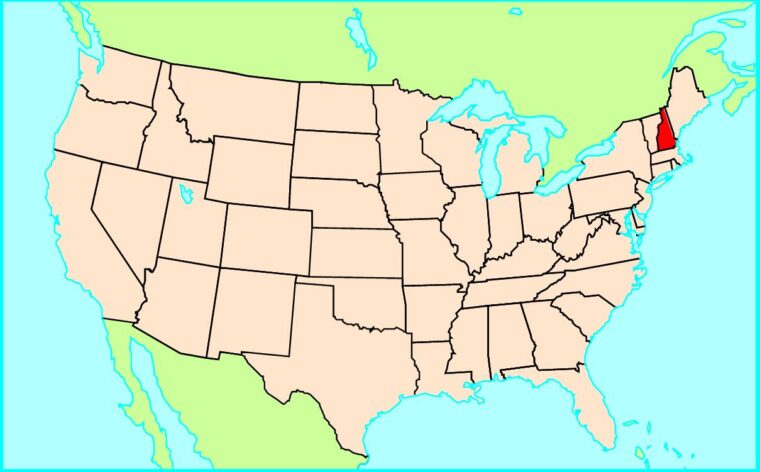 The state’s largest assets include the nature areas in the White Mountains in the north and the southern highlands with Lake Winnipesaukee (181 km2). The areas are popular tourist destinations and especially attract many skiers during the winter months. Around the state’s highest point, Mt. Washington (1917 m), the climate is polar and windy. In 1934, a wind speed of 371 km/h was measured here.

The area was originally inhabited by Indians of the Algonquian language group, but from 1623 the English established a number of colonies and the Indians were quickly displaced. The area was from 1641 under the administration of Massachusetts, but in 1679 became a royal province. Border disputes with Massachusetts and New York were only settled with the establishment of the state of Vermont, after New Hampshire in January 1776 passed a constitution that effectively declared the province independent of Britain. 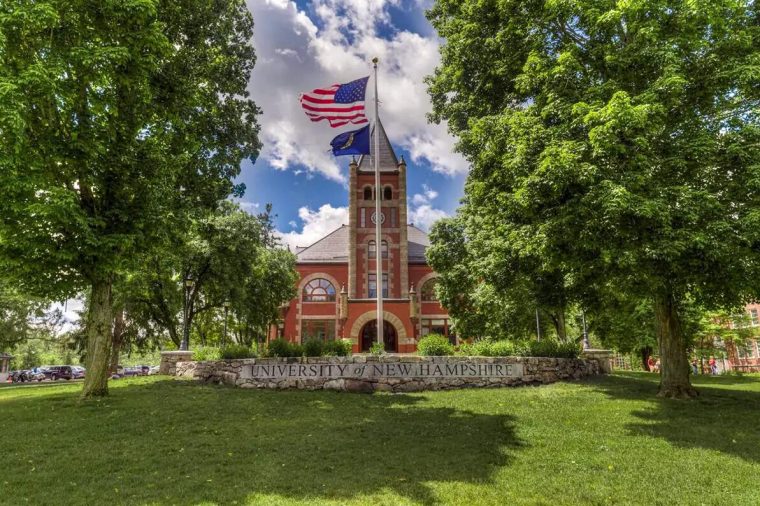