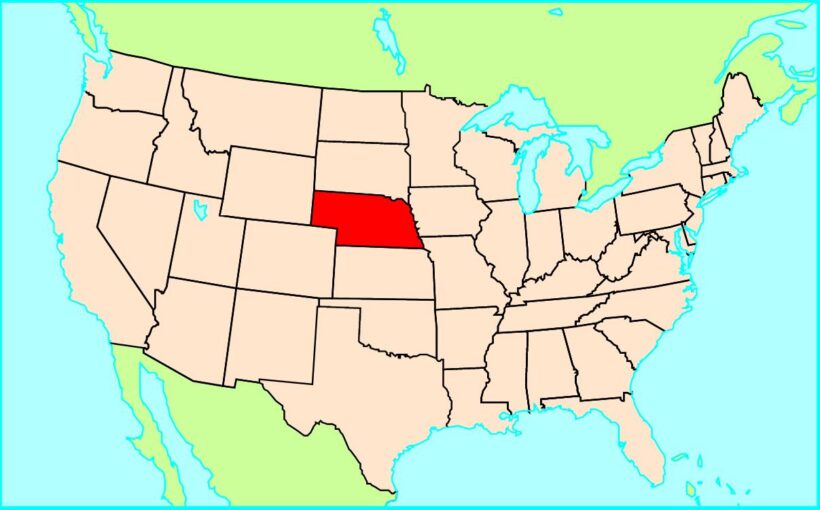 Most of the residents are descendants of especially German and Scandinavian immigrants, who arrived after the completion of the Union Pacific Railroad (1869). The wave of immigration slowed down approximately 1890, and since then the population growth has been very low. Most live in the eastern and most urbanized areas, while the western prairie areas contain only small spots and are characterized by 1800’s lattice-shaped subdivision patterns. Largest city is Omaha (409,000).

The landscape consists mainly of fertile plains that slope slightly from approximately 1500 m at the foot of the Rocky Mountains in the west to approximately 300 m by the Missouri border river to the east. 92% of the area is cultivated or laid out for grazing, and although the migration from agriculture with short interruptions has taken place since the drought years of the 1930’s, agriculture is still the mainstay. The average size of the 56,000 family farms is 345 ha; Extensive cattle farming is found on the semi-arid High Plains to the west, and along the Platte (or Nebraska) River, which runs west-east through the state, there are high-performance irrigation farms with corn, soy, wheat and sugar beet. The industry is located in the big cities and is dominated by canned meat and other food industries. 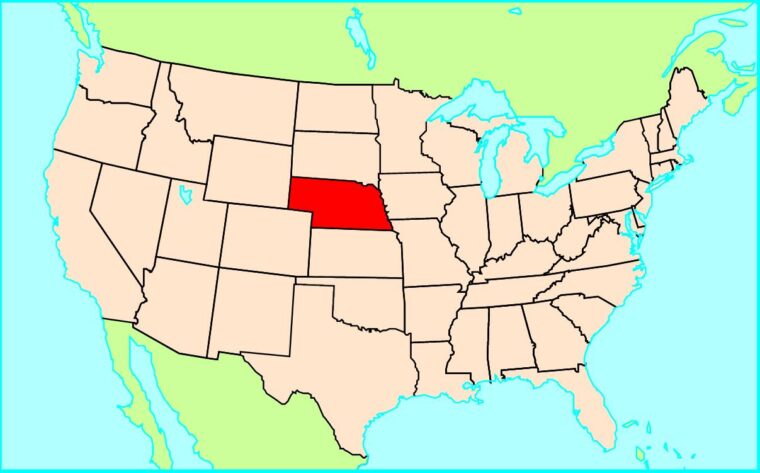 Nebraska’s climate is continental with hot summers, cold winters and an annual rainfall rising from 400 mm in the west to 800 mm in the east. However, the mean values ​​cover an unstable weather with frequent precipitation failures and large temperature fluctuations. Among the state’s nature reserves are Fort Niobra with populations of bison and antelopes.

French and Spanish explorers came in the 1500-1700-t. to the area, but no settlements were established. With the Louisiana Purchase of 1803, the United States acquired the area, home to semi-nomadic and nomadic Indians, but when it was considered a barren and uncultivable wasteland, the Great American Desert, it was until the mid-1800’s. mainly transit country for immigrants on their way to the Pacific coast.

The Kansas-Nebraska Act of 1854 established the Nebraska Territory, from which the Colorado and Dakota territories were separated 1861-63. After being incorporated as a state in 1867, prairie cultivation gained momentum. 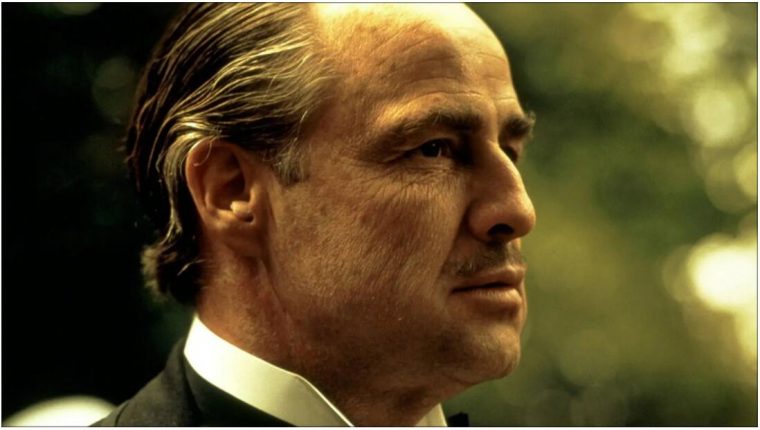