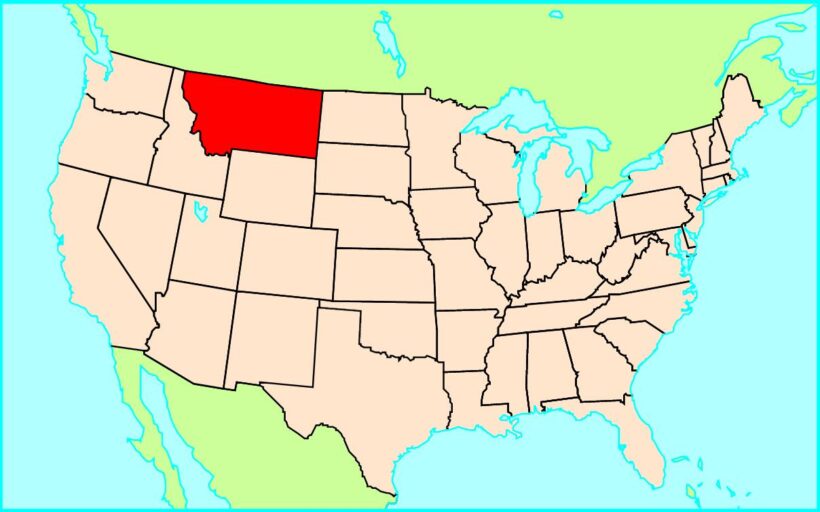 Montana is one of the largest, most sparsely populated and least urbanized states in the United States. The rural population makes up 47%, while the rest is divided into scattered small towns, which typically arose around 1900 in connection with railway construction and mineral discoveries. Only eight cities have a population of over 10,000, including Billings (104,200) and Great Falls (58,500). Most of the residents are descendants of northern Europeans, except for a Native American minority of approximately 50,000, who live mainly in reserves; e.g. Crow Indian Reservation in the south and Blackfeet Indian Reservation in the north. 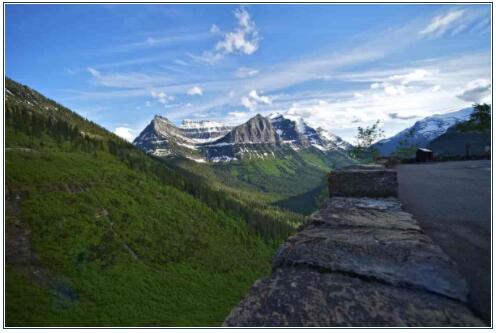 The landscape is rich in contrast. The western part consists of the Rocky Mountains ‘ almost 4000 m high mountain areas (Granite Peak 3901 m); the east (about 2/3) consists of a slightly undulating prairie falling smoothly from about 1200 m at the foot of the mountains to approximately 600 mi east. In the mountains springs Missouri River, which is heavily regulated on its way across the prairie. The regulations were initiated after drought disasters in the 1920’s and serve, among other things, to provide water and electricity for agriculture and industry. If grazing areas for cattle and sheep are included, agriculture occupies approximately 70% of the area, while the forests in the west together cover 20%. The industry is closely linked to agriculture, forestry and mining. Important mining products are metals, in particular copper, as well as oil, gas and sulphate. In addition, coal, which has been of increasing importance since the 1970’s and has great potential: Together with neighboring Wyoming, Montana in the Powder River Basin has the largest coal reserves in the United States. The tourist industry is of great importance, partly due to the mountain areas’ recreational opportunities (skiing, camping, etc.), partly with attractions such as Glacier National Park, National Bison Range and Little Bighorn Battlefield National Monument.

The climate varies with altitude, but is predominantly temperate mainland climate with a modest annual rainfall. Extreme weather conditions occur in connection with the chinook (hot, dry downwind) in the mountains and the dreaded blizzards (heavy snowstorms) on the prairie. 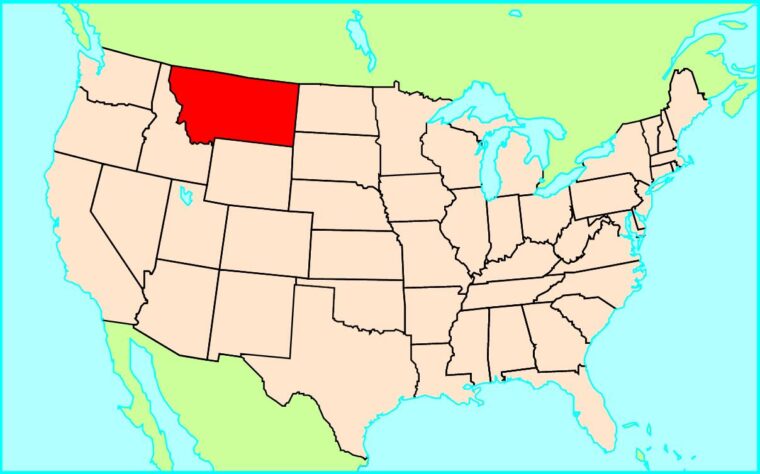 Most of present-day Montana fell to the United States with the Louisiana Purchase in 1803, but the western border was disputed until 1846. American settlement did not gain momentum until the 1860’s after a series of gold discoveries, the most important near Virginia City in 1863, and the led to clashes with the Indians, who after the Battle of Little Bighorn in 1876 were referred to reservations. As early as 1864, the area became an independent territory. 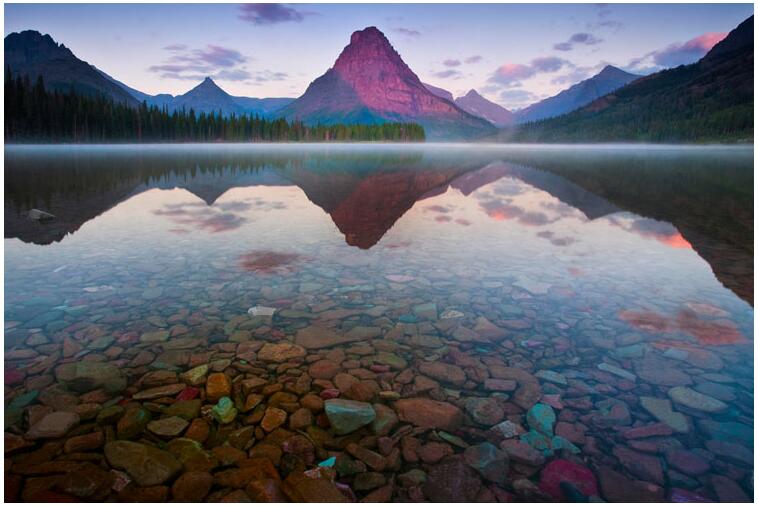