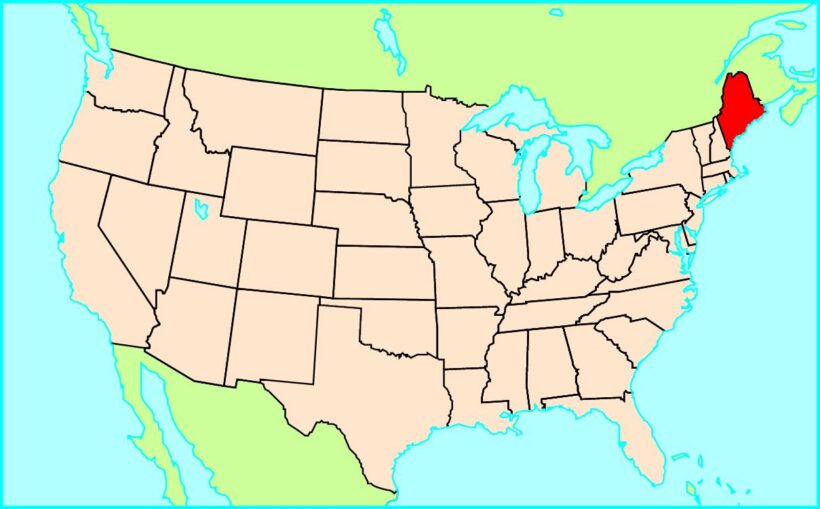 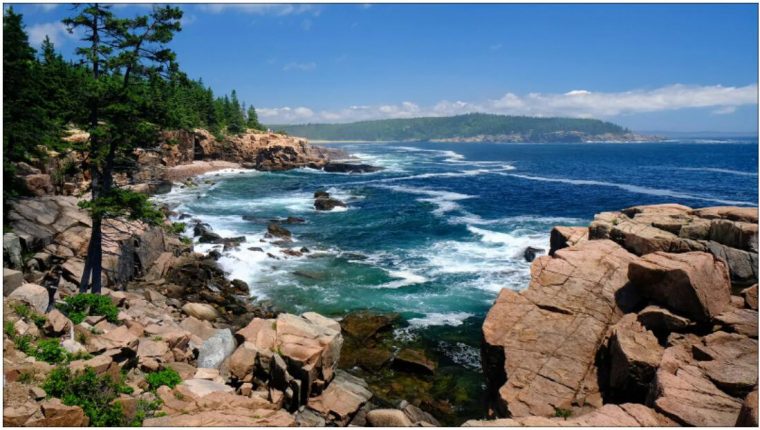 Maine is the most sparsely populated of the six New England states. The majority of the population lives in small urban communities in the lowlands along the incised rocky coast and in the adjacent hilly landscape to the west. The rest of the landscape consists of almost uninhabited forests and mountain areas with numerous lakes and rivers. The mountains are a northern tributary of the Appalachians with the highest point, Mt. Katahdin (1606 m), in Baxter State Park. The park is along with Acadia National Parkon Mount Desert Island tourist destinations as well as other scenic areas with the possibility of hunting, fishing, skiing and rafting; the latter especially on the Allagesh Wilderness Waterway in the far north. Tourism is one of the state’s largest sources of income, surpassed only by the industry, which is dominated by the wood and paper industry and to a lesser extent by the leather, electronics and food industries. Almost 90% of the land area is covered by forest, especially conifers, while the agricultural approximately 7000 farms (1991) have only 3% of the area. Dairy farming is most widespread, followed by farming with vegetables and especially potatoes. In terms of location, commercial fishing is relatively modest except for the lobster catch, which is among the largest in the United States. The climate is rainy and temperate with mean values ​​of −7 ° C in January and 15 °C in July. The annual rainfall varies between 800 and 1100 mm.

The coast of Maine was possibly already explored by northerners in the 900’s or 1000’s. Both England and France did in the 1600’s. claims in the area, and frequent fighting took place between French and English settlers in alternating alliances with the native residents, the Algonquin Indians. From 1652, the area was governed as a district under Massachusetts. By the end of the North American War of Independence in 1783, the border between the American Main District and British New Brunswick was not clearly defined. 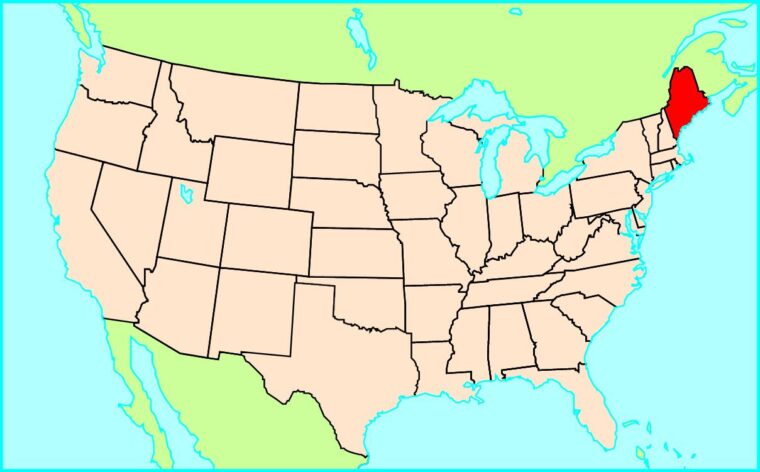 Maine was admitted as a state in the United States by the Missouri Compromise in 1820, but border disputes continued, and it was not until 1842 that the border with Canada was established. The state became from the mid-1800’s. one of the leaders in the fight against slavery and was until approximately 1950 a Republican stronghold.