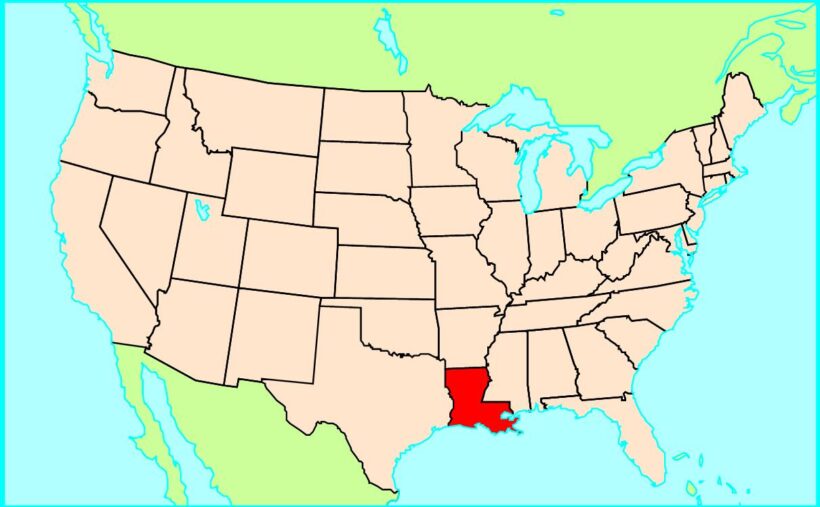 Although Louisiana since the slave era in the 1800’s. has had periodically high economic growth, it is one of the poorest states in the United States. In 2010, 18% of the population had an income below the official poverty line. Racially and ethnically, the population is very diverse, especially in the densely populated areas of the south, dominated by blacks and descendants of immigrants from Europe and Latin America, including many cajuns whose French-language culture is a characteristic feature. In connection with the civil rights struggles in the 1950’s and 1960’s, the state was home to violent conflicts, which arose from political, religious and cultural antagonisms between a predominantly Catholic population in the south and a Protestant-conservative population in the north. Largest city is New Orleans followed by Baton Rouge, Shreveport and Lafayette. 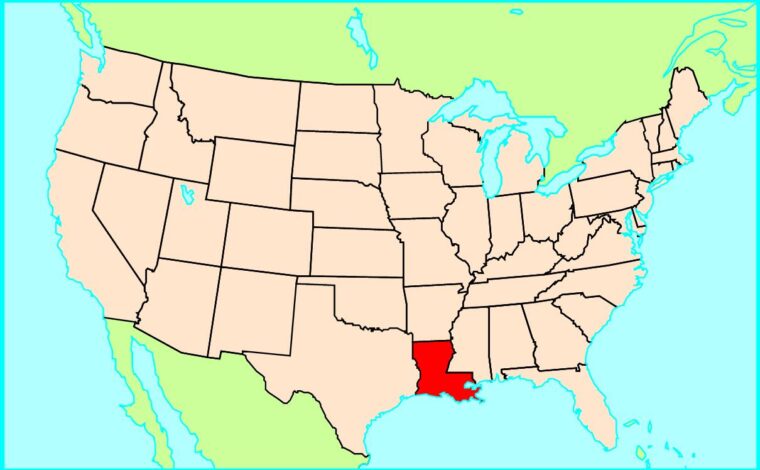 Since World War II, Louisiana has become a significant industrial state, whose production is predominantly based on local raw materials such as oil and gas, as well as sulfur, salt and wood. Oil and gas extraction was high as early as the interwar period, but increased in the 1950’s, when offshore fields in the Gulf of Mexico began to be exploited. However, growth could not be maintained, and from around 1980, oil extraction and the petrochemical industry in particular have had declining production. Agriculture is far from as dominant as in the 1800’s, although it is still vital. Soybeans, rice, sugar cane and maize have displaced cotton as the main crop since 1960, while there has been growth in livestock production and the food industry. The arable land is reduced and together with grazing areas covers approximately 1/4 of the area, but almost half of the state is forest, especially pine forest, which is utilized in the wood and paper industry. Other significant occupations are fishing (shrimp and shellfish, etc.) as well as tourism, which with emphasis in New Orleans has had high growth since the 1960’s. New Orleans is also a major trading center and, together with Baton Rouge, has some of the largest shipping ports in the United States for grain and oil products.

Most of Louisiana has a uniform subtropical climate with hot, humid summers (July 25-30 °C), mild winters (January 8-14 °C) and high rainfall figures (annual average 1400-1600 mm). Despite its southern location – about the same latitude as Morocco in North Africa – frost and snowfall can occur in winter, while tropical hurricanes (hurricanes) are common in late summer. The landscape consists mainly of a low-lying, fertile coastal plain with vast swamps in the Mississippi Delta and adjacent coastal areas to the west. The highest point is Driskill Mountain (163 m) in the NW.

Louisiana was hit hard when Hurricane Katrina – one of the most powerful ever in the Gulf of Mexico – on August 29, 2005 moved inland, causing damage in a belt of several hundred kilometers. The state’s largest city, New Orleans, was hit hardest, with more than a thousand people losing their lives when several dikes erupted and flooded much of the city.

Archaeological finds testify to Native American settlements in Louisiana, thousands of years before Spanish sailors explored the coast in the 1520’s. In 1682, France claimed the entire Mississippi Valley; the first French settlement took place near Biloxi in 1699, and in 1718 New Orleans was established. In 1731, Louisiana became a French crown colony, and significant immigration took place from Germany and from Acadia in Canada. The area was under Spanish rule from 1762, but came back under France in 1800. After the Louisiana Purchase in 1803 it was incorporated as the Orleans Territory of the United States, and in 1812 Louisiana was admitted as the 18th State of the United States. Political and cultural antagonisms between French influence in the south and American in the north led to the capital being moved from New Orleans to Baton Rouge in 1849. Slavery was introduced as early as the 1730’s, but grew significantly in the 1800’s. with the establishment of cotton plantations. During the American Civil War 1861-65 Louisiana belonged to the Southern States, but was besieged and occupied by the Northern States throughout most of the war. The Civil War was followed by a period of sharp political antagonism, which resulted in a firmly entrenched white rule under the leadership of the Democrats. In 1898, a new constitution was introduced, which contained a special clause that one only had the right to vote if one’s grandfather had voted in the state, which effectively barred blacks from participating in elections. Although this so-called grandfather clause in 1915 was declared unconstitutional, the sharp racial division continued, and Louisiana remained a political reactionary despite the industrialization of the 1900’s. Facing the dominance of the railway and oil companies, Governor Huey P. Long launched in 1928 a populist campaign. Louisiana has in the 1900’s. has been marked by political corruption, which even after World War II has reflected the antagonism between the northern and southern parts of the state. 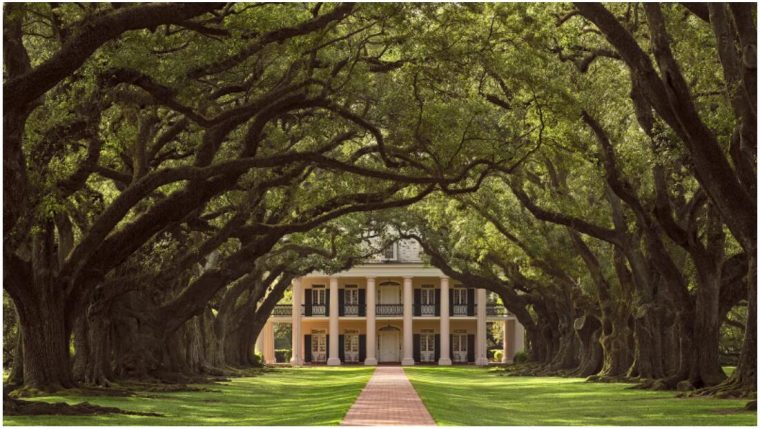