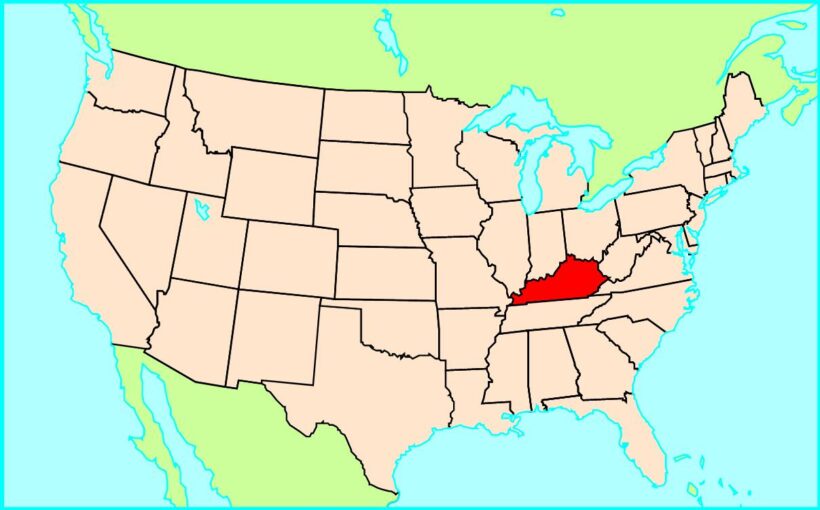 Apart from a black minority of just under 8%, the residents are mainly descendants of European immigrants from the 1800’s and 1900’s. Immigration declined around World War I, and since then population growth and economic growth have been low. Migration from country to city has also been modest, with just over half of the population still living in rural areas where poverty is pronounced. In 1994, a total of 19% of the population had an income below the official poverty line. Main occupations are agriculture, industry and mining in addition to trade and finance. 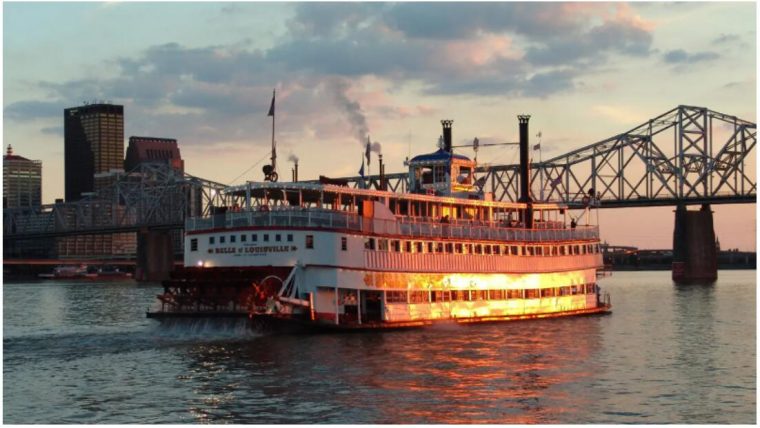 One of the most productive agricultural areas is found in the Bluegrass region of central Kentucky. The area is known for tobacco growing and breeding of thoroughbred horses, but also has, like agriculture elsewhere in the state, a large production of soybeans, corn, meat and dairy products. The products form the basis for the food and beverage industry incl. cigarette factories and whiskey distilleries (bourbon). These and other significant industries (textiles, machinery, automobiles, etc.) are almost all concentrated in and around the major cities of Louisville and Lexington. In contrast, mining (coal, oil, gas) takes place at scattered localities in the Allegheny Mountains and the west of the lying Cumberland Plateau. Coal production is most important and has for many years been among the largest in the United States, despite periodic crises and serious environmental problems. The forests (deciduous forest), which cover 47% of the area, are only of minor economic importance. 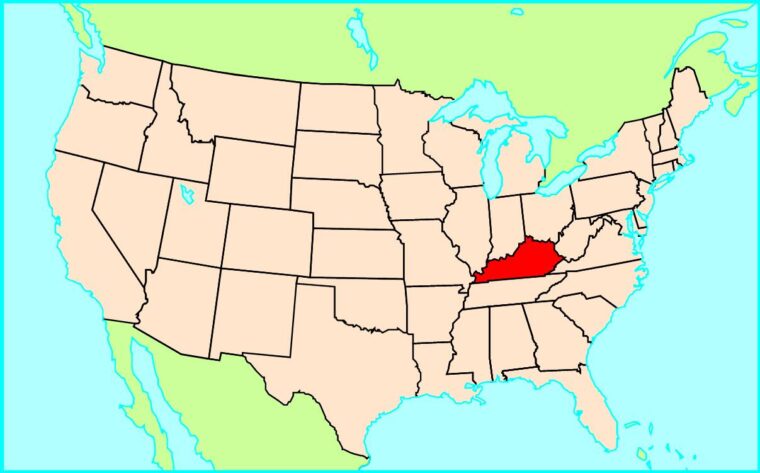 The climate is rainy and temperate with hot summers and cool winters. On the west side of the Allegheny Mountains in the eastern part of the state, several tributaries to the border river Ohio River in the north.

Already in the 1700’s. Native American tribes such as the Shawnee and the Cherokee, the colonial powers Britain and France, and from the 1760’s also settlers from Virginia and North Carolina fought over the area due to its location between the Appalachians and the great rivers on the north-south border. Daniel Boone was responsible for the first attempt at colonization in the 1770’s. In 1792, Kentucky was incorporated into the United States as the first state west of the Appalachians. In the first half of the 1800’s. slavery became widespread in the state, but as one of the so-called border slave states, it remained in the Union during the American Civil War of 1861-65.