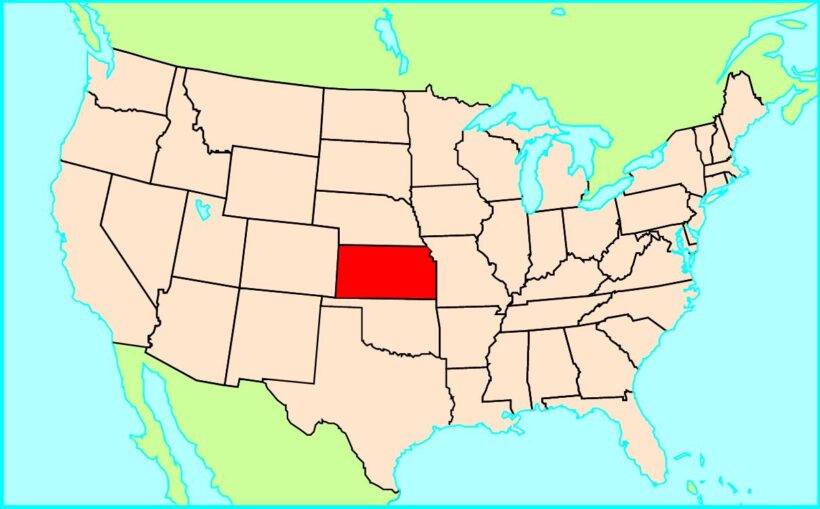 Most of the residents are descendants of European immigrants, who followed the Homestead Act (1862) and the construction of the transcontinental railways from the 1860’s to the 1880’s. Apart from a small wave of immigration of industrial workers from Oklahoma and Arkansas in particular during World War II, population growth has since been very low. The majority of the population is concentrated in the eastern and most urbanized areas, while the sparsely populated “west” still bears the imprint of the settlement pattern that developed around the railways and the old cattle routes in the 1800’s. Largest cities are Wichita and Kansas City.

With the exception of low-lying mountain areas in the NE and SE, the landscape consists of fertile plains (“prairie”), which slope quite slightly from approximately 1200 m at the border in the west to approximately 300 m at the eastern border. 90% of the area is part of the agricultural operation, whose ownership is divided into 66,000 family farms with an average size of 290 ha (1995). The large farms are found on the semi-arid High Plains in the west, where extensive forms of cultivation are in some places supplemented with irrigated crops (vegetables, sugar beets, etc.). Main products are beef and pork as well as wheat, corn, soy and alfalfa. Here, Kansas is among the leaders in the United States, and especially the gluten-containing wheat is a major export commodity.

The food industry, like other major industries that manufacture agricultural machinery, chemicals, metal products, plastics, clothing and electronics, is concentrated in and around Wichita and Kansas City. Wichita is also home to a significant aviation industry (Cessna, Beechcraft, Learjet and Boeing), and Kansas City to the automotive industry (Ford and General Motors). In addition, there are several raw material industries, which are based on local deposits of e.g. oil, gas, helium, lime and salt.

The climate is temperate mainland climate with hot summers, cold winters and an annual rainfall that decreases from 900 mm in the east to 500 mm in the west. However, the mean values ​​hide an unstable weather with frequent tornadoes and violent temperature changes of up to 40 ° during a day. Situations of rainfall and dust storms are common in the west, while the northeastern areas near the Missouri border river have been hit by widespread flooding several times.

Archaeological finds testify to Native American settlements long before the first Spanish voyages of discovery in the area in the 1540’s. Late 1600’s. the area came under France, and in 1803 it was acquired by the United States as part of the Louisiana Purchase. Passing Americans described the area as the Great American Desert. In the 1830’s, Kansas was designated as territory for Native Americans to be forcibly relocated from the East. However, the Kansas-Nebraska Act of 1854 opened the door to American settlement, and when, contrary to the Missouri Compromise of 1820, it was left to local decision whether slavery should be allowed, it sparked a regular civil war between immigrant supporters and opponents of slavery. The episodes, known as Bleeding Kansas, can be seen as a precursor to the American Civil War, which began in 1861, the same year that Kansas was admitted as a slave-free state in the union. The Indians were relocated to Oklahoma, but until 1878 there were clashes between settlers and Indians. With the expansion of the railroad around 1870, cities such as Abilene, Dodge City, Wichita, etc. became important transhipment sites for cattle from Texas, after which Kansas itself became one of the leading agricultural states of the United States. 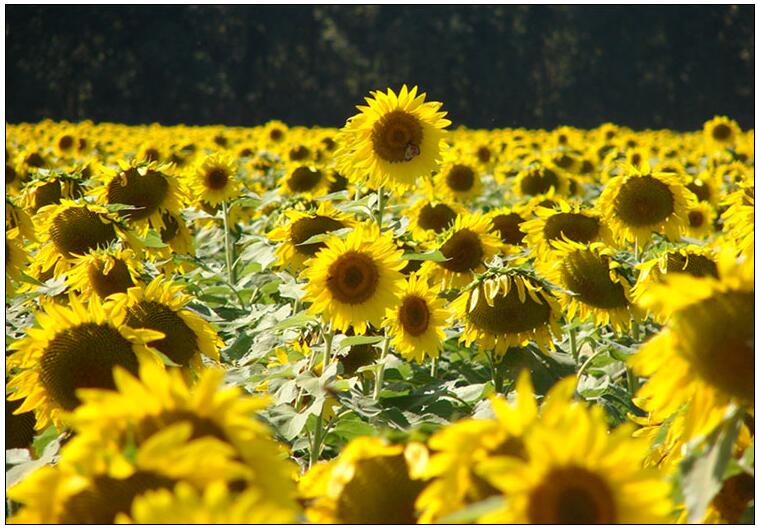