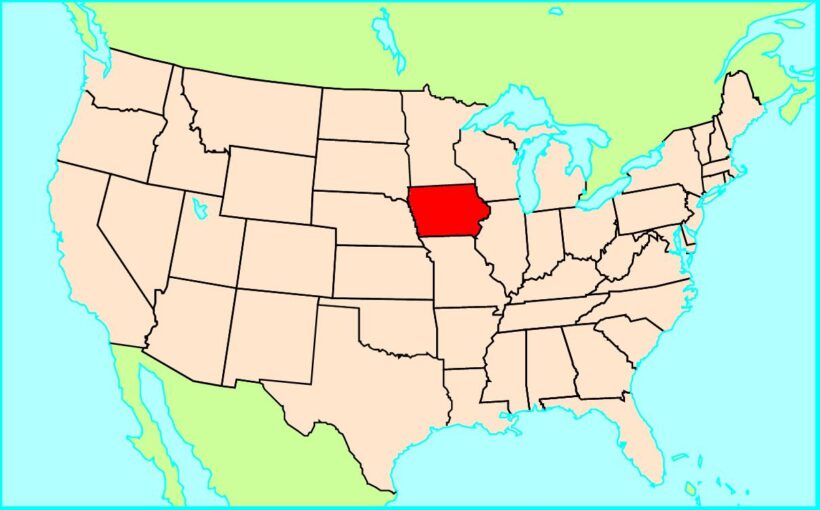 The majority of the residents are descendants of immigrants from the 1800’s and early 1900’s; of which a number of Danes, who especially live in and around the town of Elk Horn in the SW. Here is the Danish Immigrant Museum with Grandmother’s House. Since the wave of immigration, the population of Iowa has changed only slightly, and so has the pattern of settlement, which almost everywhere follows the lattice-shaped survey from the 1800’s. The population is evenly distributed and the degree of urbanization is low. After the centrally located capital, the largest cities are Cedar Rapids, Davenport and Sioux City. 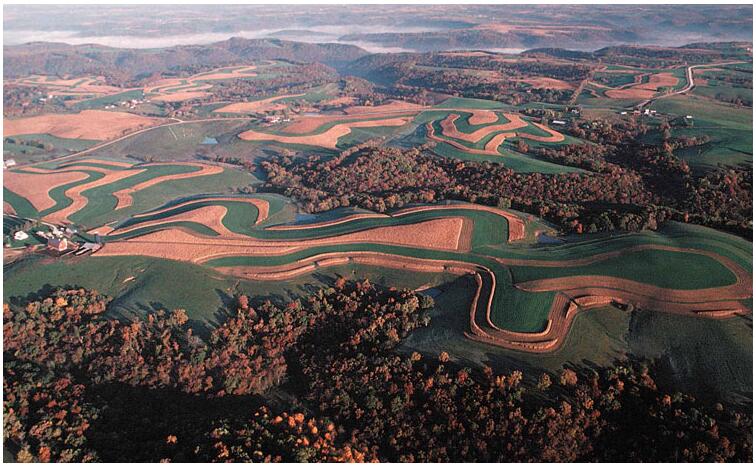 The landscape consists of a fertile and almost contourless prairie plain except for a hilly moraine landscape in the NE. approximately 90% of the area is cultivated and included in agricultural operations, whose ownership is spread over a little over 100,000 family farms. The main crops are soybeans and maize (especially fodder maize), while pork and beef and to a lesser extent lamb are the main animal products. The total turnover of agriculture is surpassed only by that of California and Texas, and includes all agricultural-related activities, viz. food industry, agricultural machinery, chemicals, etc., Iowa is the state in the United States whose economy and employment are most closely linked to agriculture. 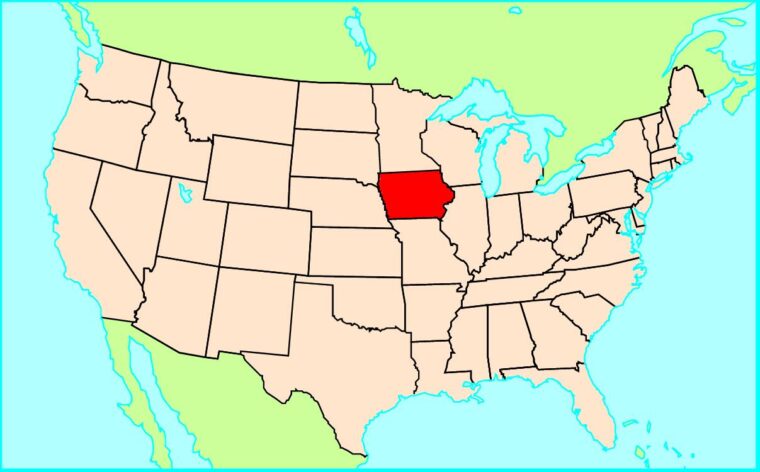 The monotony of the landscape is broken by lakes and rivers, all of which are tributaries to the Mississippi and Missouri; by the rivers, a total of 60 state parks have been created to preserve the remains of the original nature and meet the recreational interests of the population (hunting, fishing, camping, etc.). The climate is rainy and temperate with cold winters (average in January −7 °C) and hot summers (average in July 24 °C)

The first European exploration of the area was carried out by the French in 1673. In 1803, it was part of the Louisiana Purchase and came under the United States; only in the 1830’s did a major migration occur when the native Native Americans, including sac and fox, were displaced. In 1838, the Iowa Water Territory was established, and in addition to sects such as the Amish, Amana and Mennonites, a large number of immigrants came from NW Europe, among others. Norwegians and Danes. Iowa became a state in 1846 and was in the late 1800’s. as one of the central agricultural states of the United States a center of various populist movements.