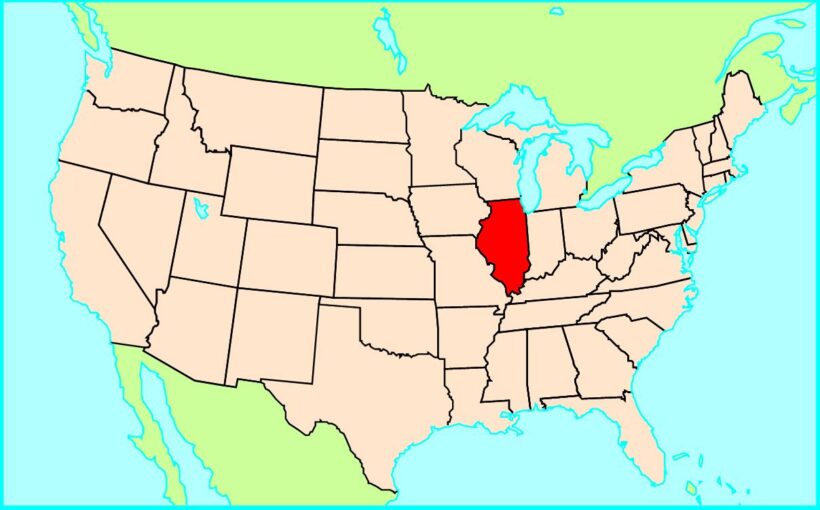 With 2/3 of the population and the majority of the state’s economic activities within its metropolitan area, Chicago is in almost every respect the dominant center. The rest of the state, often referred to as Downstate Illinois, consists almost exclusively of cultivated prairie with a scattered rural population and a number of small and medium-sized towns, led by Rockford, Peoria and Springfield.

Rural areas form part of the flat and highly mechanized “corn belt” from Ohio in the east to Kansas in the west, where agriculture benefits from fertile black soil and a rainy, temperate climate with July temperatures of 21-25 °C on average. In addition to maize, soybeans, wheat and fodder plants are mainly grown, while the animal sector is dominated by beef and dairy cattle and pigs. The agricultural products form the basis of the food industry, which together with other large industries makes Illinois one of the USA’s leading producers of e.g. machinery, steel, means of transport, nuclear power, electronics, plastics, chemicals and preserves. Simultaneously with a continued growth in commodity production, there has been a decline in employment in both agriculture (since the 1950’s) and industry (since the 1970’s), so that approximately 4/5 of the workforce is now employed in Chicago, and to a lesser degree the other cities, diversified and rapidly growing service sector, including trade, transport and banking, insurance and finance. The total economic turnover, expressed by GDP, in the United States is surpassed only by the states of California, New York and Texas. 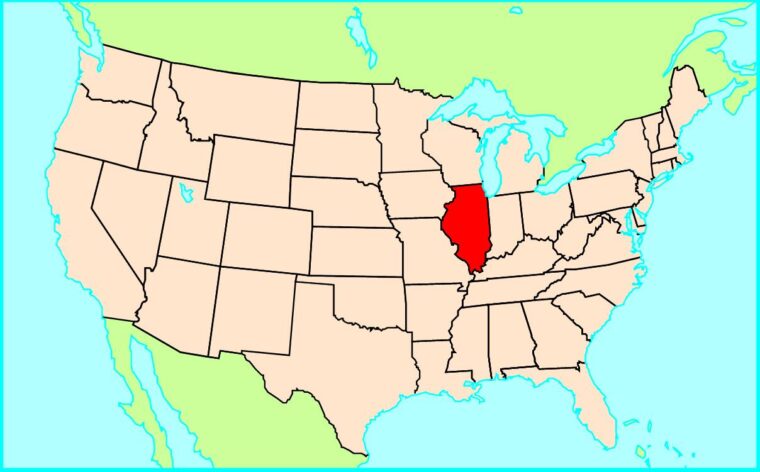 Far to the south between the Ohio and Mississippi border rivers is a hilly mountain landscape that houses most of the state’s still active coal mines and the only large wooded area, the Shawnee National Forest. The area is a favorite excursion destination, as are isolated stretches along the Illinois and Mississippi rivers, which after the opening of The Illinois Waterway (1933) both form part of the shipping route between the Gulf of Mexico in the south and Lake Michigan in the north.

Large earthworks testify to Native American presence long before the French exploration of the Mississippi River in the 1600’s, which led to settlements both from the north and from the south. In 1763, Britain acquired the area, which after the American Revolution 1775-83 had changing affiliations with the United States; it gained status as a territory in 1809 and in 1818 was admitted as a state. By 1804, the Sacred Indians had ceded their land in Illinois, and during the Black Hawks War of 1832, the Indians were expelled from the state. With significant immigration from the South, Illinois was divided over the slave issue, but stood during the American Civil War 1861-65 on the side of the Northern States. After the war, the state became one of the most important agricultural centers in the United States and pioneered in its attempts to regulate the railway companies. 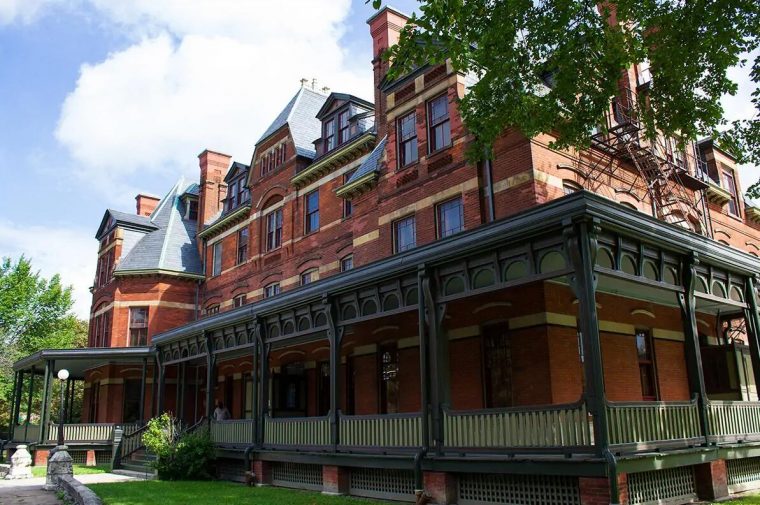