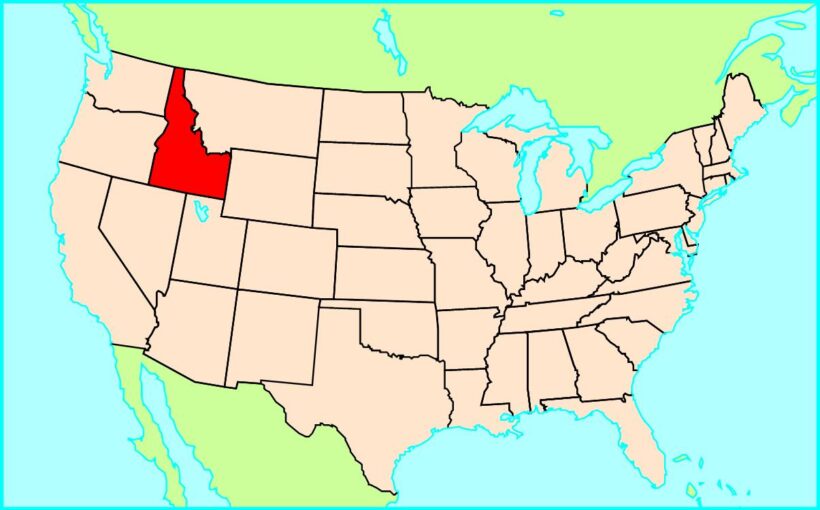 With less than five residents per km2 and a rural population of 43%, Idaho is one of the most sparsely populated and least urbanized states in the United States. The cities and rural population are concentrated along the Snake River in the south and to a lesser extent along the border with the state of Washington to the NW. The rest of Idaho is made up of forests and nature reserves in the desolate and inaccessible mountain ranges of the Rocky Mountains. The highest point is Borah Peak (3859 m). 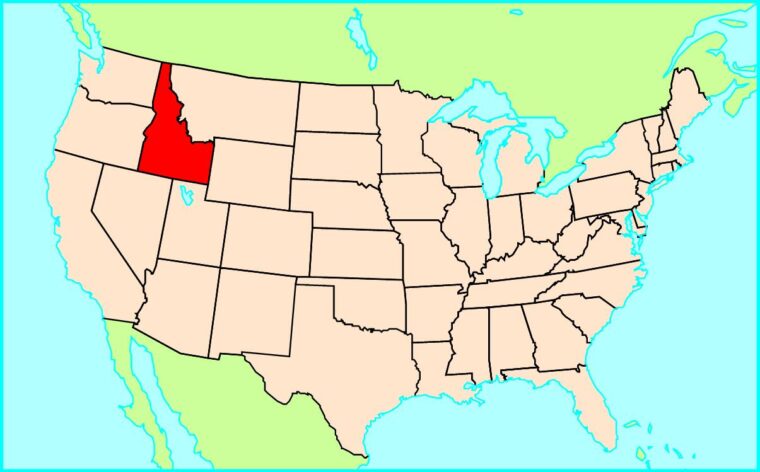 Idaho was from the late 1800’s. among the leading manufacturers of gold and silver, but the importance of mining has diminished. Far more important is forestry and especially agriculture, if approximately 23,000 family farms employ 18% of the population (1991). Most farms are located on the semi-arid plains of the Snake River, where Mormons introduced irrigation and began cultivation in the 1880’s. Main crops are potatoes, of which the state has the largest production in the United States, followed by wheat, sugar beet and fodder plants for beef and dairy cattle. The industrial sector developed in earnest in the 1940’s and is dominated by the wood and food industry, in addition to which the cheap electricity from the hydropower plant at Arrowrock Dam has attracted a number of electronics companies to Boise. In addition, the tourism industry has a large and growing importance; partly due to sights such as Craters of the Moon National Monument, an extinct volcanic area west of Idaho Falls, and Hell’s Canyon, a 2300 m deep gorge along the border with Oregon, partly due to the mountainous country’s magnificent scenery and recreational opportunities. The most famous holiday resorts are the Coeur d’Alene and Sandpoint to the north (camping, hunting, fishing) and the Sun Valley in the Southern Sawtooth Mountains with year-round skiing. The climate varies with altitude, but is predominantly temperate and continental with an average rainfall of approximately 500 mm in the north and 300 mm in the south. A total of 62% of the area is owned by the federal government, mostly in the form of national forests as well as military areas and Indian reservations.

The United States acquired the area as part of the Louisiana Purchase in 1803, but it was first explored in 1805 by the Lewis and Clark expedition. Later, fur hunters and missionaries followed the Oregon Trail. A major immigration, however, did not take off until gold finds in 1860; The Idaho Territory was separated from Oregon in 1863 and then covered the whole of Montana and most of Wyoming. The current limits were set in 1868. In 1884, large silver finds were made at Coeur d’Alene, which after drastic falls in silver prices became the scene of violent labor struggles in the 1890’s. The area’s original residents, the nez percé Indians under Chief Joseph, were expelled in 1877; some thousands of descendants today live in the northern part of the state. 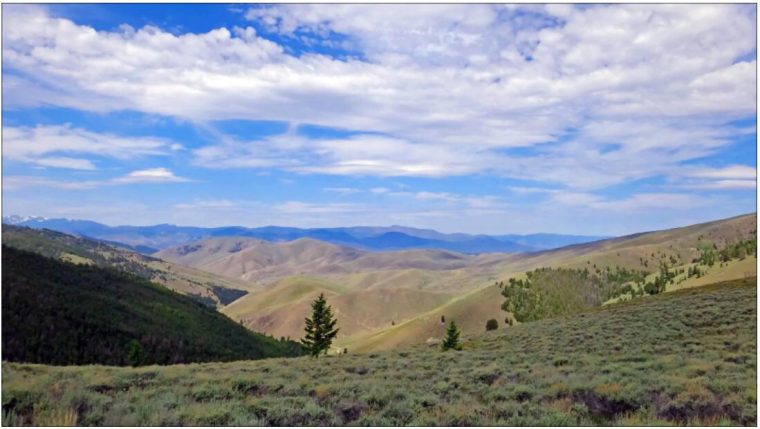