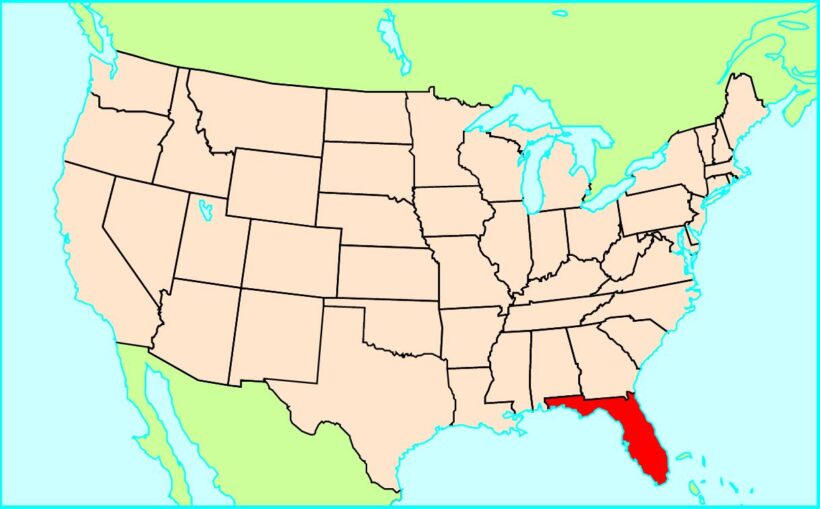 Florida belongs in the 1900’s. to among the fastest growing states in the United States. The growth began after the multimillionaires Henry Flagler and Henry Plant in the 1880’s had expanded the former almost deserted coastal areas in the south with railways and hotels. In the wake of major road construction and giant land acquisitions, later known as the Florida Land Boom, the influx became even greater in the years after World War I, while the last major wave of immigration set in in the 1950’s. 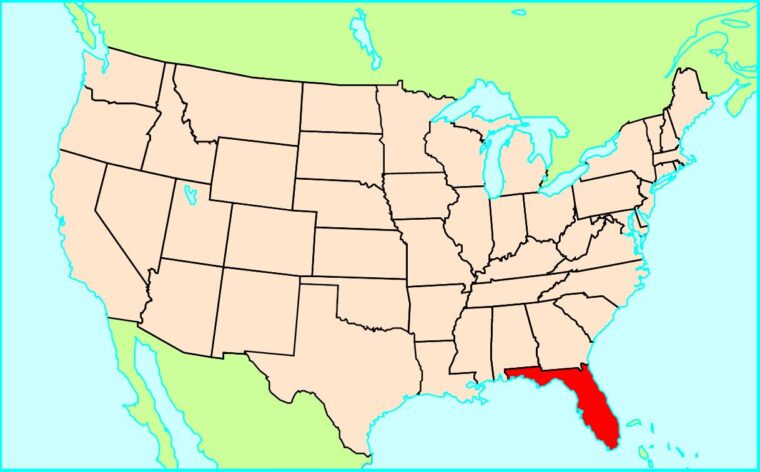 With few exceptions, in all the years there have been most migrants from the American Northeast coast, while immigrants and refugees from Latin America and other continents have only really gained importance since the 1960’s; this is especially true of Cubans, who in large numbers sought refuge in the Miami area after the Cuban Revolution in 1959. Among the white settlers, there has long been a majority of retirees, as evidenced by the fact that the proportion of older people is greater than in any other state; 18% of the population is 65 years or older. Most pensioners belong to the affluent middle class and live in more or less isolated pensioner towns near attractive resorts; others live in so-called mobile homes, whose numbers have been rising sharply and now make up as much as 10% of Florida’s housing stock. The average income measured as GDP per. population is among the highest in the United States; yet 13% of the population have incomes below the official poverty line. Among the poor, there is a predominance of Spanish-speaking immigrants as well as descendants of the many blacks of the slave age, who in the mid-1800’s. amounted to approximately half of the population. To this must be added a poor minority of approximately 1500 Seminole Indians living in reserves in the southern swamp areas.

Apart from a significant rural population in the border areas of neighboring Georgia and Alabama, the population is concentrated in large urban areas along the coasts and around Orlando at Highway 4 between Tampa and Daytona Beach. The largest agglomerations (metropolitan areas) are Miami-Fort Lauderdale in the SE (3.2 million residents) and Tampa-St. Petersburg in the west (2.1 million residents).

With over 40 million visitors a year, the tourism industry is one of Florida’s most important sources of revenue. The reason must be sought in the climate and the coveted beaches, but is also due to effective marketing combined with good air and highway connections as well as the construction of a large number of amusement centers, hotels, marinas, etc. Among the main attractions are Disney world and Epcot at Orlando, Kennedy Space Center at Cape Canaveral and Everglades National Park to the south. Another key factor in Florida’s economy is the space industry, which after federal billion-dollar investments in the 1960’s has been centered around the Space Coast at Cape Canaveral and later spread to the entire coast between Daytona Beach and Fort Lauderdale. Partly related to this, a significant high-tech industry has emerged (particularly around Tampa -St. Petersburg), while the rest of the processing sector utilizes almost exclusively local raw materials and agricultural products. Examples are the paper industry near Jacksonville in NE, based on pine from the northern forest areas, the fertilizer industry around large phosphate deposits in central and western Florida (75% of US phosphate production comes from here) and the citrus industry, which includes growing, processing and selling oranges, lemons, grapefruits, etc. most occurs in the form of frozen concentrates, is among the world’s largest, but in addition Florida also has a large production of, among other things, sugar cane, vegetables, beef, corn, soybeans and peanuts.

The majority of agriculture and especially the citrus industry is dominated by large agribusiness companies, which in addition to employing many low-paid harvest workers are characterized by a high degree of mechanization. Another characteristic is the high harvest yields, which are due to extensive use of irrigation and a record consumption of fertilizers, an average of 3.5 t per hectare. ha.

Other significant occupations are linked to the service sector, e.g. law, insurance and banking. In addition, there are significant earnings from the illegal drug trade in the Miami area.

Most of Florida has a uniform climate with hot summers (July 27-28 °C), warm winters (January 13-19 °C) and high rainfall, especially in summer (annual average 1000-1600 mm). Pga. differences in winter temperature there is a gradual transition from subtropical climate in the north to tropical climate in the south, but even in the southernmost regions, apart from the islands Florida Keys can occasionally occur frost and snowfall, which each time cost dearly in destroyed crops. Other and in many cases far more severe devastation is due to tropical whirlwinds (hurricanes), which hit the coastal areas on average 3-5 times a year from June to November.

The subsoil consists mainly of porous, water-containing limestone layers, which in some places reach all the way to the surface and in several places form artesian springs (springs). The landscape appears as a large, low-lying plain with a small hilly terrain in the central interior and highest parts of approximately 100 m in the northern border areas. Forests cover approximately 50% of the area, of which the majority in the north, while savannah and wetlands (lakes, swamps and mangroves) used to cover almost the entire peninsula south of Orlando. Since the late 1800’s. is about 1/3 of natural areas, however, lost to roads, cities and agriculture etc.

The worst has been over the Everglades south of the 1800 km2 large lake, Lake Okeechobee, where former swamp areas have been drained and converted to vegetable cultivation, while other areas are heavily polluted and are in danger of drying out, as a large part of the water supply coming from the north is now directed to cities and agriculture. In an attempt to save the unique nature, the Everglades National Park was created in 1947, just as new environmental laws have later succeeded in slowing down further canal and highway construction.

Although Florida is the place in the United States where European presence first took hold, the “Spanish” imprint is of more recent date and conveyed via Latin America. The coast was explored by Spanish explorers in the first half of the 1500’s, and in 1565 Saint Augustine, the oldest preserved city in the United States, was laid out. Upon contact with the Europeans, the native Native Americans were largely exterminated. An actual colonization did not take place until after the area in the 1600’s. and especially in the 1700’s. had been a toss-up between French, British and Spanish interests. In exchange for Cuba, Florida in 1763 fell to Great Britain; after the American Revolutionary War 1775-83 the area was again under Spain until the United States in 1819-21 bought it. As part of Americanization, several wars were waged against the Seminole Indians, who for the most part were forcibly relocated to Oklahoma in the 1830’s; smaller groups, however, remained in the Everglades swamps, and it was not until 1934 that the United States made a final peace with them. As a slave state, during the American Civil War of 1861-65, Florida was affiliated with the Southern States, the Confederate States of America, and with its close ties to the Caribbean, played a role in trying to break the naval blockade of the Northern States. After re-incorporation into the Union in 1868, the economic development of the state began in earnest with the construction of railways in the 1880’s and 1890’s.

In the 2000 presidential election, Florida attracted a great deal of attention. Only after several controversial re-counts in a number of constituencies were Republicans declared winners in the state, giving the party’s candidate, George W. Bush, the most electoral votes; thus, Bush had won the election over the Democratic candidate, Al Gore, who had won the majority of the votes cast nationwide. The course of the election led to demands for reforms in the American electoral system. 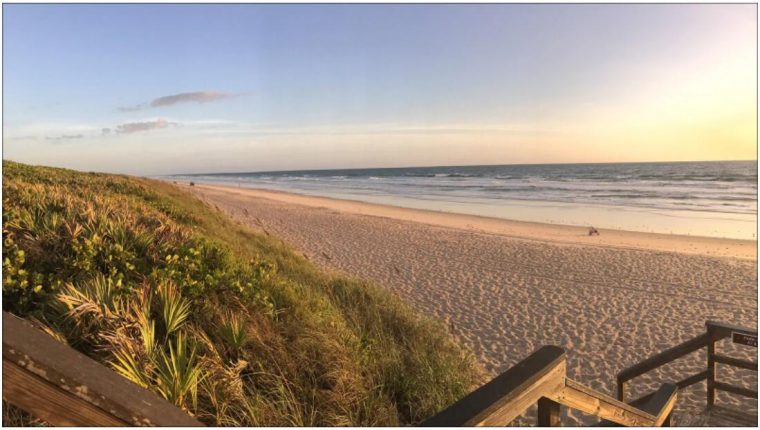