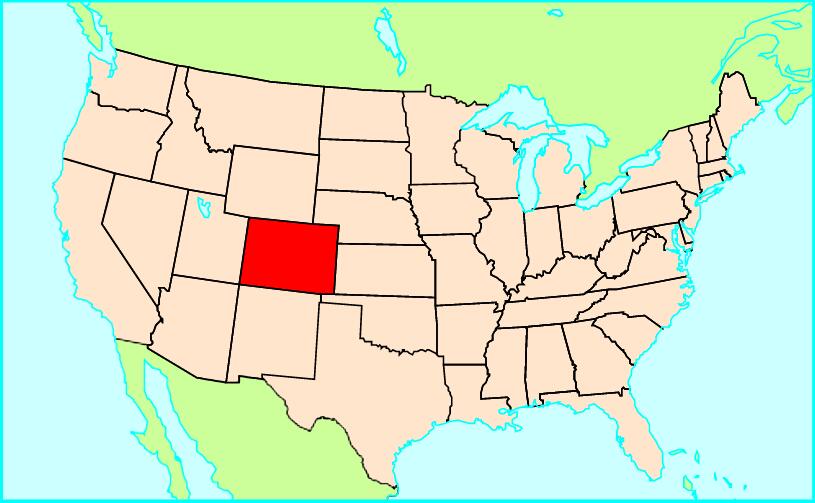 Over 80% of the population lives in an urban belt that stretches along the foot of the Rocky Mountains from Fort Collins in the north via the two largest cities, Denver and Colorado Springs, to Pueblo in the south. This high-traffic belt marks the transition between the flat, semi-dry prairie in the east (about 2/5 of the area) and the mountain ranges and the high-lying plateaus in the west. The prairie is dominated by mechanized irrigation farms (wheat, corn, sugar beet, alfalfa), while mountain areas are covered by forests, mixed with pastures and cultivated fields. Highest point is Mt. Elbert (4399 m) followed by more than 800 snow-capped peaks over 3000 m. Near the continental shelf Continental Divide several large rivers originate, of which South Platte and Arkansas drain on the east side, while the water-rich Colorado River is heavily regulated and since 1959, when the impressive Colorado-Big Thompson Project was completed, via pipelines has supplied water to the prairie areas in addition to rapidly shrinking groundwater reserves. 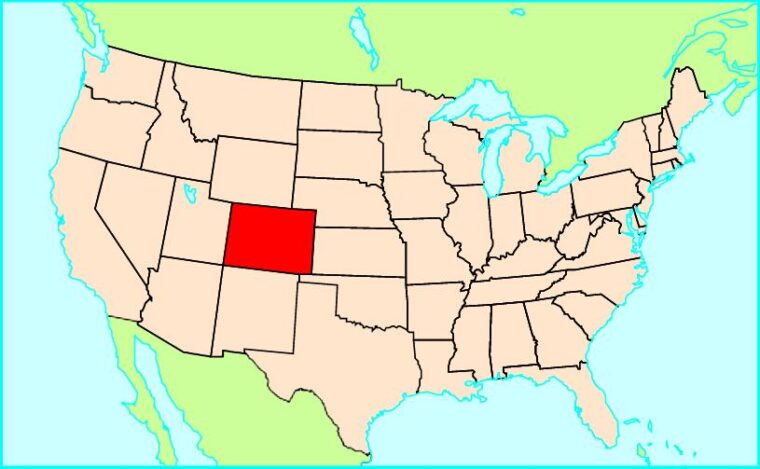 In connection with agriculture, there are sugar factories, breweries (Coors) and a significant meat industry. Other important industries are the electronics industry, the chemical industry and the aerospace industry, which through federal investment has been a major cause of industrial growth since World War II. Several research laboratories are also run for federal funds, including one of the world’s leading centers for atmospheric exploration, NCAR in Boulder. Colorado is home to air bases, the headquarters of the North American Air Force Command (NORAD) and the US Air Force Academy in Colorado Springs. The former all-dominating mining has diminished in importance, but in addition to a large production of coal, oil and natural gas, Colorado is still among the United States’ leading producers of gold, silver, uranium and alloy metals (molybdenum, vanadium, etc.). Several of the 1800’s’ many small mining towns, Aspen, Breckenridge and Telluride, have re-emerged as exclusive resorts since the 1950’s, attracting millions of tourists in particular (skiing) in the winter. In addition, the mountain areas offer spas, rafting, fishing, golf and cycling, which all in all have made tourism one of the state’s largest and fastest growing industries. Attractions include Black Canyon and Great Sand Dunes and Rocky Mountain and Mesa Verde National Parks.

The United States acquired most of Colorado through the Louisiana Purchase in 1803, and the rest was annexed in 1848. However, American settlement only gained momentum after gold discoveries around 1860 and with railroads in the 1870’s, when the indigenous peoples, the prairie tribes of Cheyenne and Arapahoe in the east and the Mountain Indians out. in the west, was forcibly relocated to Oklahoma and Utah. Silver discoveries at Leadville in 1877 led to a fivefold increase in population during the 1880’s, but the following decade’s tight monetary policy in the United States limited silver production and plunged the state into a protracted economic crisis. 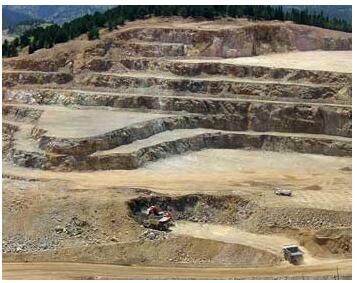