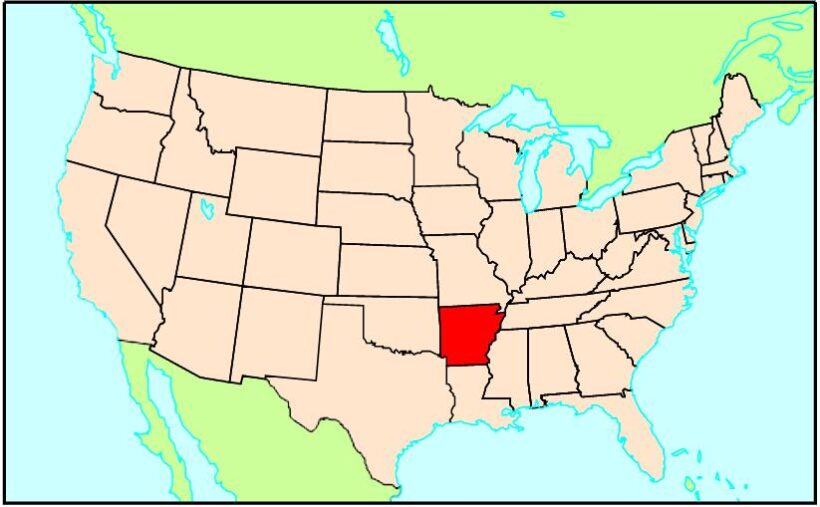 Arkansas is a sparsely populated southern state whose economy has been dominated by plantation crops until the mid-1900’s. (especially cotton). The drought and depression of the 1930’s created high unemployment and emigration, which was halted by an economic recovery during World War II (military bases, aluminum production, etc.). With the mechanization of agriculture after the war, many were left without work and left the state until new industries reversed the development during the 1960’s (electronics, food, clothing, paper). However, the many new jobs have not eradicated poverty, which is still among the largest in the United States; in 1989, 19% of the population had an income below the official poverty line. 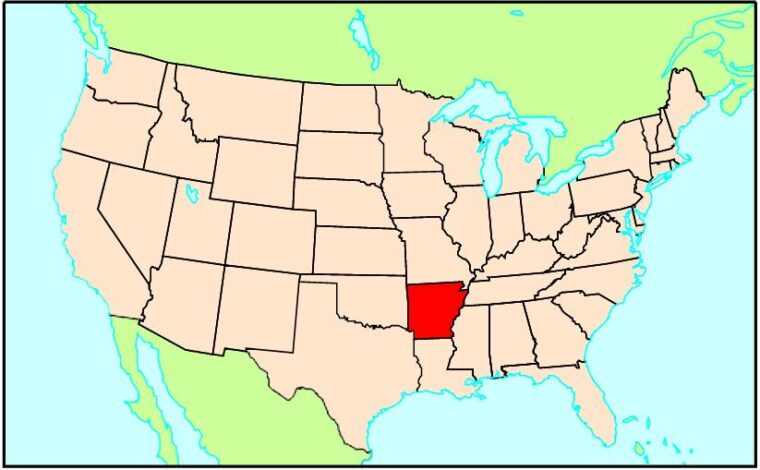 The northwestern part of the state consists of a low forested mountain landscape separated by the Arkansas River in the Ozark and Ouachita Mountains; highest point is Magazine Mountain (839 m). The mountain areas are popular holiday destinations due to a pleasant climate and a large number of mineral springs. The word springs ‘springs’ are found here in many place names, such as Hot Springs, which is one of the state’s largest tourist towns.

The rest of Arkansas consists of low plains that are used for forestry and agriculture with particularly productive irrigation farms along the Mississippi River River to the east (rice, soybeans, cotton). Arkansas also has a large production of oil, natural gas and bauxite; until the mid-1980’s, when the last aluminum plant closed, Arkansas accounted for almost all bauxite mining in the United States. Previously, diamonds were also mined near Murfreesboro in the SW (1908-25); the site was transformed into the Crater of Diamonds State Park, where visitors can even go diamond hunting.

The area was explored by Spanish and French expeditions in the 1500’s. and 1600-t., and in 1686 the first French settlements were established. As part of the Louisiana Purchase, Arkansas was acquired by the United States in 1803, after which the Indians were driven to Oklahoma. As a slave state, Arkansas joined the Confederate States of America, and racial segregation continued after the American Civil War and its re-incorporation into the Union in 1868. 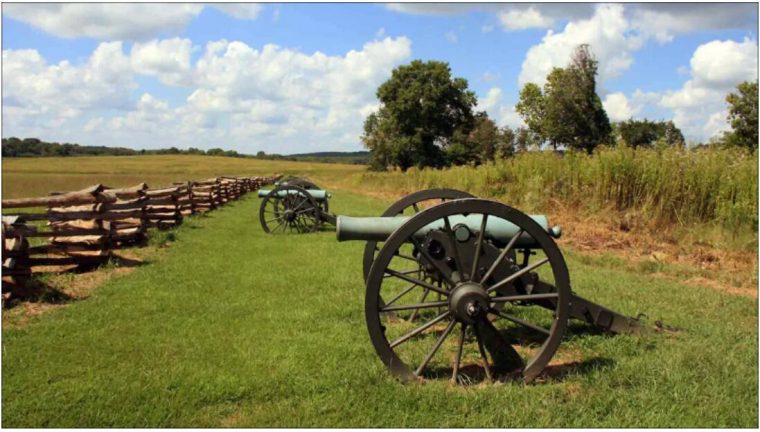