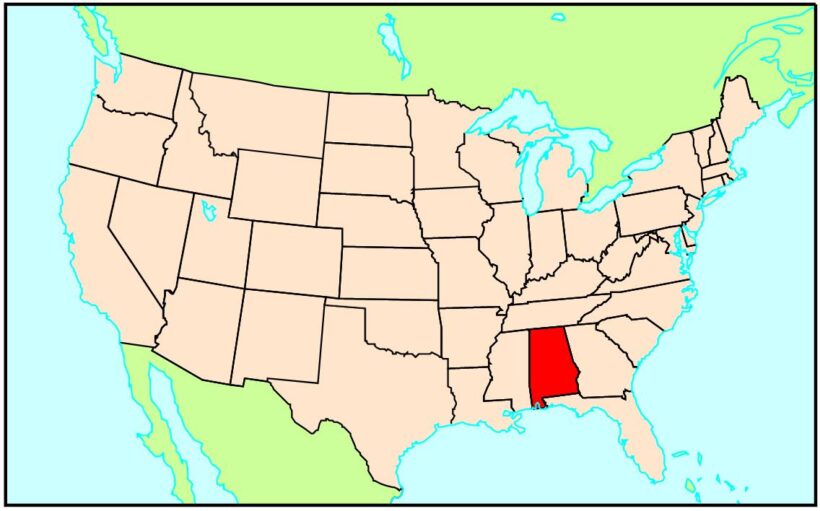 Alabama is one of the southern states of the United States that, since the time of slavery, in addition to great poverty, has been marked by racial and social unrest. After struggles for civil rights in the 1950’s and 1960’s – led by Martin Luther King – racial discrimination has been officially abolished, but it has been even harder to fight poverty: in 1989, 18% of the population had an income below the official poverty line. Pga. emigration, the black minority has fallen from 35% (1940) to 25% (1990), while many both blacks and whites have left the countryside after the mechanization and conversion of agriculture.

In agriculture, cotton has traditionally been the main crop, but has been displaced by soy, maize and peanuts and later by livestock farming with poultry, pigs and beef cattle. The most productive areas are found in the Black Belt, which stretches across the central parts of the state, while other areas have had to be abandoned after many years of one-sided cotton cultivation. On the other hand, forest area and deforestation have increased after replanting with oak, pine, American walnut and other commercial woods. Forests now cover 67% of the area, and timber production is the 7th largest in the United States. 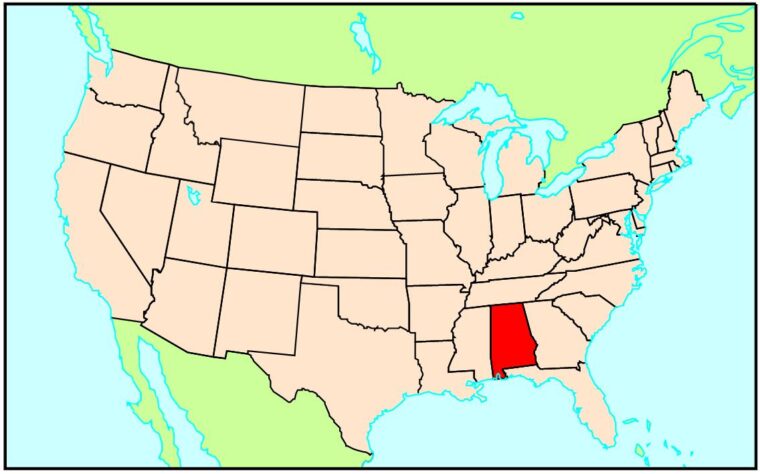 Associated with the primary industries, Alabama has a significant production of paper, textiles and meat products. In addition, other industries, especially the electronics industry, have become increasingly important due to a low-wage workforce; unions have traditionally been weak in the southern states. Industrial development has been greatest around Huntsville on the north River Tennessee, where businesses have been able to harness the cheap electricity from the area’s many power plants (see Tennessee Valley Authority). With the location of the Marshall Space Flight Center, the city has also had a significant aerospace industry since 1960. In contrast, Birmingham, the state’s largest city – 266,000 residents (1990) – and the southern states’ most important steel producer for nearly 100 years, has had difficulty replacing the many jobs lost with the final cessation of steel production. of the 1980’s, incl. closure of many coal and iron mines in the southern Appalachians.

A large part of the merchandise trade takes place via the port city of Mobile, which is connected via rivers and canals to almost all parts of the state.

Apart from the Appalachians in the NE, from which the largest rivers originate, the landscape consists mainly of a low-lying coastal plain that is regularly ravaged by tropical hurricanes, hurricanes.

Finds at Moundville in central Alabama testify to settlement through approximately 10,000 years. The coast was explored by Spanish explorers in the 1500’s, but European settlement did not come until 1702 at Mobile Bay. A British-French-Spanish conflict resulted in the area in 1763 falling to Britain and later (1783) the United States. Spain, however, had a smaller area at Mobile Bay until 1813. From 1819, Alabama became a state in the United States. In the 1830’s, the Indians (Choctaw, creek and Cherokee) escaped the state, and with the introduction of the cotton plantations, the population grew (in 1860 there were 526,000 whites and 438,000 blacks, mostly slaves). In 1861, Alabama joined the Confederate States of America (Southern States), whose first capital was Montgomery. Below The American Civil War (1861-65) Alabama suffered heavy losses. In 1868, the state was resumed in the United States, and as early as 1876, it was again dominated by the Democratic Party, which, as in the other southern states, practiced a strict policy of racial segregation. In the 1960’s, this policy was promoted with particular force by State Governor George Wallace, who in 1968 unsuccessfully ran for president. 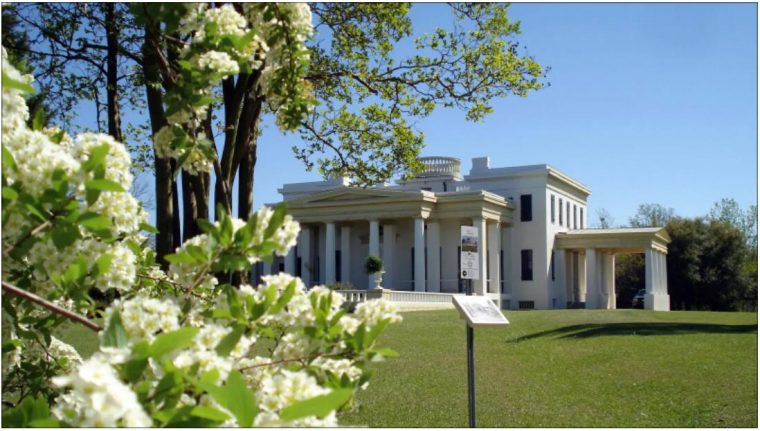