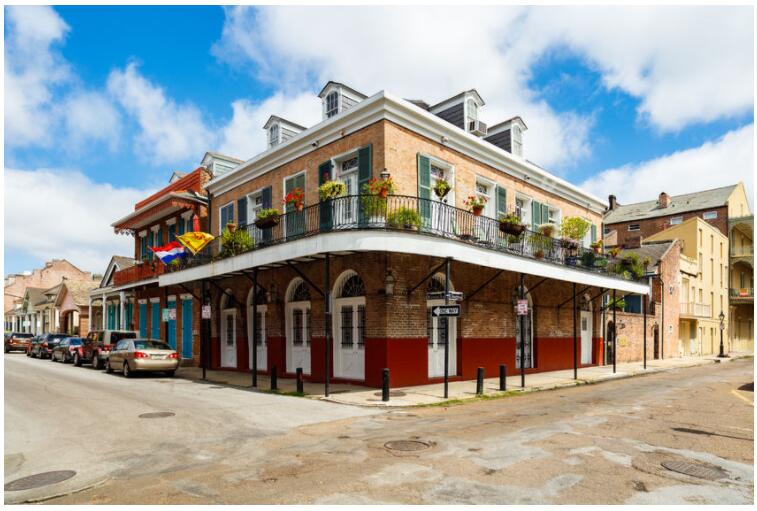 New Orleans is a small American city in the southern state of Louisiana. The city is especially known for its traditions in blues music, but the city and the region are also known for being located in an exposed hurricane area. According to a US agency, it is the city in the world that is most exposed to hurricanes. It rarely snows in the city, which has a hot summer climate of up to 30 degrees from April to October. It is often during this period that one prefers to visit New Orleans.

You’ve probably heard of the famous Mississippi River, which runs just past New Orleans. Every year, more than 9 million tourists come to the city, among other things to experience a river cruise along the famous river, as well as the many festivals held in the city. It is undoubtedly very exciting to experience in what is one of America’s most content-rich “southern state cities”, despite the fact that it is a relatively small city with only just under 450,000 inhabitants.

You have several options when you go to New Orleans, but of course there are no direct flights from Oslo. A good alternative is to fly to New York from Oslo , and then change planes directly to New Orleans. You can also fly to a major European airport and then fly directly to the southern city. The official currency in the United States and consequently also in New Orleans is the dollar. In general, you will find that most things are cheaper “over there”, and perhaps especially shopping and dining.

When it comes to tourist safety, unfortunately, New Orleans is a city that is exposed to a lot of violence and robbery. This usually takes place among the “natives” and tourists are rarely exposed, at least not if you stick to the most famous tourist areas. The French Quarter is the most popular tourist destination, and you usually travel here completely safely.

Hotels and restaurants in New Orleans

New Orlenas is a city known for its French colonization once upon a time, and consequently the city’s “headquarters” has been renamed the French Quarter. It is in this area that most tourists want to stay, and there is a good selection of both luxurious and more “regular” tourist hotels here. The price level varies, but for 500 kroner / night you will get a fairly good accommodation. Of course, it depends on which standard you prefer.

American cuisine is probably best known for fast food and burgers, but Americans also have many good steakhouses with varied meat meals of a high standard. In addition, New Orleans is a real cultural city, with food from several parts of the world. Among other things, there is a lot of African food here, and special dishes that you will only find in this city. Beware of well-seasoned food with good flavors!

New Orleans is a rich city with a lot to see and experience. It is an exciting city for museum visitors, and which is naturally known for its history in the blues – which is brought to life annually through festivals and the like in the summer.

Jackson Square is the “heart” of the French Quarter, New Orleans’ main tourist area. Here are many historic buildings from the time Louisiana was a French colony, with many famous buildings. Among other things, one should notice the St. Louis Cathedral and the town hall, as well as the state museum which is centrally located here with many interesting exhibitions, including about hurricanes. 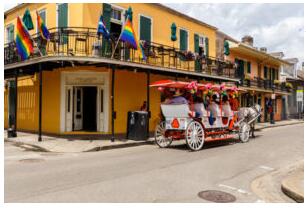 The French Quarter is the cultural heart of New Orleans and must be experienced. Here you will find a rich architectural history, a bustling crowd, jazz clubs and nightclubs side by side. How about riding a horse-drawn carriage through this iconic neighborhood? 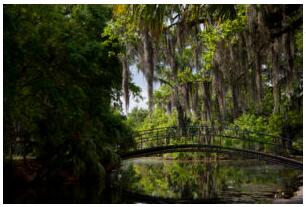 The city park is one of two large green areas in New Orleans. It underwent extensive restoration work after Hurricane Katarina that ravaged the city a few years ago. Until then, there were many trees that were over 600 years old in the city, but they were destroyed by the hurricane. Now, on the other hand, it is a very modern park where there are often entertainment and concerts. 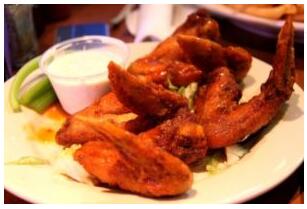 In the past, it was the famous Bourbon Street that was known for its music and performances, but in modern times it is Frenchmen Street that applies. Here there are many large music clubs with varied genres, with everything from jazz to solo performances. Many restaurants here also have live music, and it can in no way be compared to what you have experienced in other cities. New Orleans is also known for its “southern food” which should definitely be tried out.

New Orleans has both its own zoo and aquarium. In the former you will find animals from many continents, while the aquarium can offer a plentiful selection from the depths of the sea. Both of these two are recommended for a visit if you are traveling to New Orleans with children. 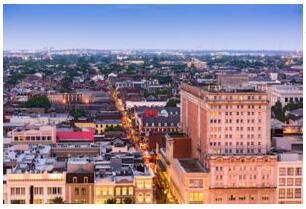 New Orleans has several exciting museums. We recommend the official state museum in the city center, which tells the history of the city and has a detailed exhibition on hurricanes. The city also has a museum with an extensive exhibition from World War II.