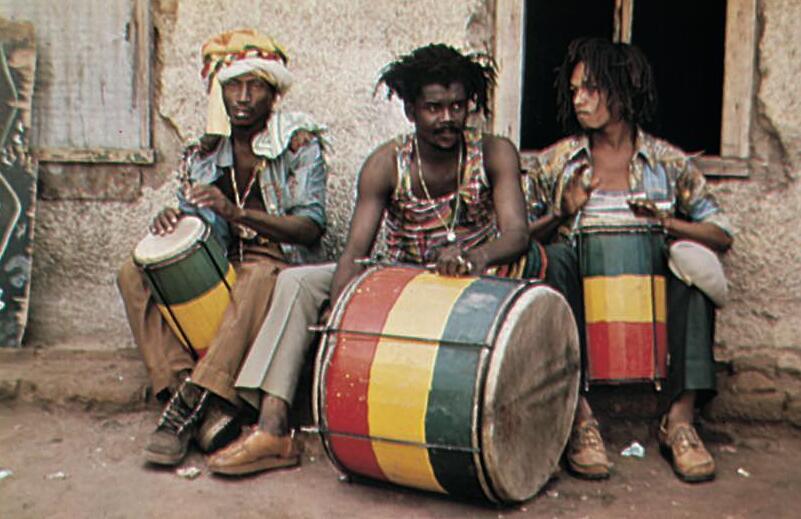 Jamaica’s music is characterized by the meeting of African and European traditions. The island’s native inhabitants, the Taino Indians, as well as their music, were exterminated before the English conquered the island. Maroons, descendants of escaped slaves who established their own communities in the mountains, have preserved forms of music that to this day have unmistakably African character.

British and African traditions are fused in the colorful procession songs during the Christmas celebration (jonnkunnu). The Kumina cult’s song, drumming and dance have primarily African roots, while mento, which is almost a Jamaican variant of calypso, combines African rhythmic feeling with European melody.

In the 1950s, a merging of mento and rhythm’n’blues from the United States happened, which the Jamaicans heard on the radio, and this music was called ska. It became known in Europe as well, through artists such as Desmond Dekker. Based on ska developed since the rocksteady music form, characteristic of the latter is a slower rhythm and the exchange of wind instruments with pianos. Reggae music evolved on the basis of ska and rocksteady in the 1960s, with slower rhythms and socially critical lyrics often inspired by the rastafari movement. A number of reggae artists, with Bob Marley and the Wailers at the forefront, made success in large parts of the world, and since the 1970s reggae has been an important element of modern western popular music. 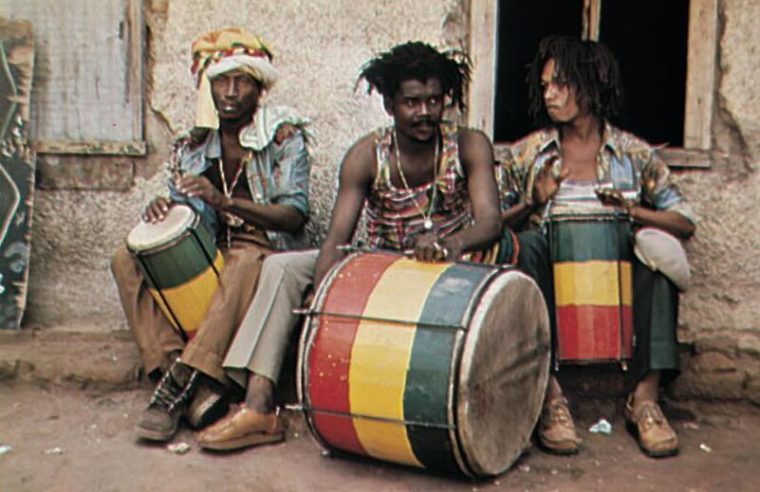 Reggae is a music form developed in Jamaica, by the poor black population in the slum in Kingston. It is a distinctive synthesis of traditional African music, which has been modified by the descendants of slaves, and African-American music from the United States. The texts are often inspired by the religious rastafari movement, with a strong element of social rebellion.

A distinctive feature of popular music in Jamaica is the role mobile discos, so-called sound systems, have played since the 1960s. Gradually, the disc jockeys began to use discs to accompany their own improvised monologues. This was called toasting, and this music in turn inspired the rap and hip hop music in the United States. The country’s music is documented, explored and disseminated at the Jamaica School of Music.