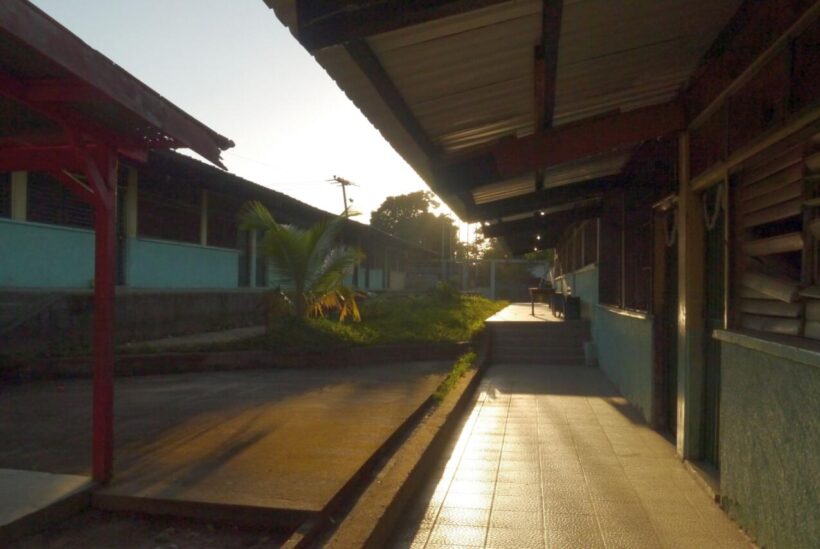 In Honduras, school attendance is compulsory for children between the ages of seven and twelve. The school system is divided into primary school (1st-6th grade) and secondary school (7th-9th or up to 12th grade). Despite compulsory schooling, almost 1 million children do not attend school. The urban-rural difference is particularly noticeable in the school system. In order to attend secondary schools, families often have to send their children to larger cities, which is an enormous cost factor for many people in rural areas.

The school system is characterized by inadequate qualifications of teachers, schools in poor condition and a lack of teaching material. Families and parents try to compensate for this deficiency. According to a study by the organization Transformemos Honduras, 57% of the expenditure for infrastructure and maintenance comes from the families of the students. In addition, there are expenses for school supplies and uniforms.

After completing primary school, you can acquire various craft and technical knowledge in courses lasting up to 3 years. Professional qualifications can only be obtained after completing secondary school at vocational institutes or universities. However, the most important institution for vocational training to date – INFOP – is to be closed in order to reduce expenditure in the public sector.

According to historyaah, there are two state universities (UNAH, UPNFM) in Honduras. The National Autonomous University of Honduras (UNAH), headquartered in Tegucigalpa, maintains study centers in the larger cities. In addition to direct study, distance learning courses are very popular among adults.

The most important private universities are the Escuela Agrícola Panamericana (Zamorano), the Technical University UNITEC and the Catholic University (Universidad Católica).

The privatization and decentralization of education, brought about by various legal reforms, repeatedly provokes protests from teachers’ unions. The demands of the teachers are directed primarily against the privatization of education, for compliance with the teachers’ statute and punctual payment of wages. For several weeks now, teachers and employees in the health sector have been taking to the streets together to protest against the planned changes to the law. The government wants a restructuring of the education and health systems, which would worsen labor rights considerably. Behind the proposed reforms is the call of the IMF to reduce public spending. The government takes repressive action against the teachers’ unions.

In addition to recurring protests by teachers, students also took to the streets in March 2015. The student protests were triggered by a new law that provides for the extension of teaching time and the elimination of evening schools, as well as the Trabajo Educativo Social (TES) program, which demands free literacy work from students, for the middle class Achieve graduation.

For several years the UNAH has been experiencing a crisis resulting from the increasingly autocratic structures in the management and administration of the university. The student protest has formed to stand up for more participation and the protection of student rights, as well as against the undemocratic matriculation practices. The government’s inability to resolve the crisis non-violently is an expression of democratic deficits; but also the lack of political will to make university education democratic, inclusive and accessible to all. The student movement MEU and the activists of the protests are massively intimidated and criminalized. 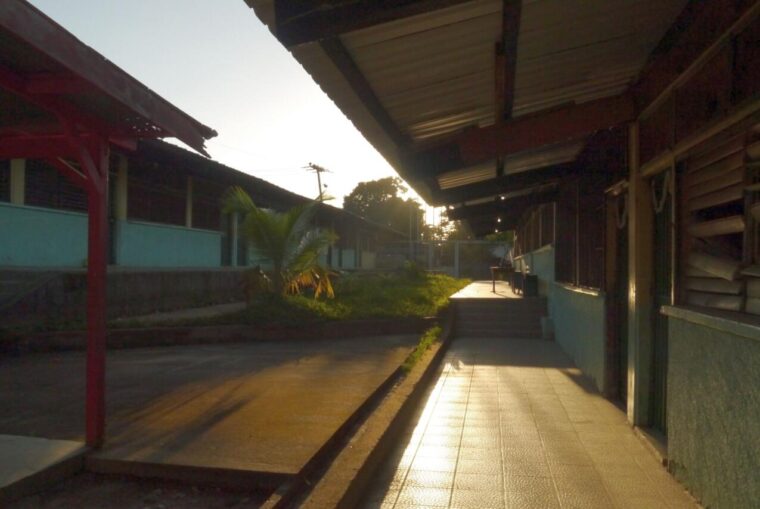 The social position of the Catholic Church is outstanding. The majority of the middle and upper classes are Catholics. Influential positions in politics, business and society are predominantly occupied by these strata. Due to the close personal links between church and state, the clergy exert an influence on the formation of public opinion. However, the influence of the Catholic Church is disproportionate to its purely numerical following. According to a recent survey by the Chilean opinion research institute Latinobarómetro, the number of Catholics has fallen sharply in the last 17 years. In 1997 it was 76%, in 2013 it was only 47%. In contrast, the number of supporters of New Protestant churches (including numerous financially strong, ultra-conservative and fundamentally religious sects from the USA) rose from 12% (1997) to 41% (2013). The one opened in 2013 is an expression of the new religiosity Temple of the Mormons in Tegucigalpa, which is not inferior to the Catholic faith in size and equipment.

The influence of the evangelical churches and their representatives is steadily increasing. A desired founding of a party shows the evangelicals claim to want to exert influence in politics as well. Evangelical and Catholic churches are close to one another on many issues of social life.

Indigenous peoples in Honduras often practice their own religions parallel to the Catholic faith.