The economic system of Honduras is characterized by the strong monopoly of the oligarchy. Economic power is concentrated in the hands of a few family associations and their entrepreneurial groups, which are closely linked to the political rulers. A study by the Heinrich Böll Foundation gives an overview of such power networks using the example of the energy sector. The five richest people according to the business magazine Forbes combine a fortune that exceeds the budget of the current government.

The last and current governments tried to make Honduras attractive for foreign investment with the motto “Honduras is open for business”. In the World Bank’s “Ease of Doing Business” ranking, Honduras slipped from 105th place in 2017 to 133rd place (out of 190 countries) for 2020, just as it fell a few places in the World Economic Forum’s index for global competitiveness (from 88th place in 2016 101st place out of 141 countries in 2019). Honduras only partially complies with financial and economic policy standards. Even though macroeconomic numbers have improved, the number of people living below the poverty line has not been reduced.

The traditional “cash crops” (especially bananas and coffee) are the most important pillars of the Honduran economy after the maquila industry. Other important export products are shellfish (crabs, lobsters), wood and palm oil (among other things for the production of biodiesel). The increasing demand for palm oil not only has devastating ecological consequences in the producing countries, but also leads to a deterioration in working conditions and to human rights violations in this sector.

There is potential in the processing industry and production chains. Climate change poses a great threat to Honduras, especially for its agriculture. Heavy rainfall and periods of drought repeatedly destroy harvests, which particularly affect small farmers.

The service sector has grown rapidly over the past two decades and generates the majority of GDP.

Economic growth is currently 3.5%. The national debt (external and internal) continued to grow in 2019 and amounts to 45.9% of GDP. As a result of the COVID-19 crisis, GDP will decline considerably, and it will mainly affect small and medium-sized businesses. The Central American Tax Policy Institute (Icefi) fears that external debt will rise to more than 60% of GDP due to the current crisis in 2020. 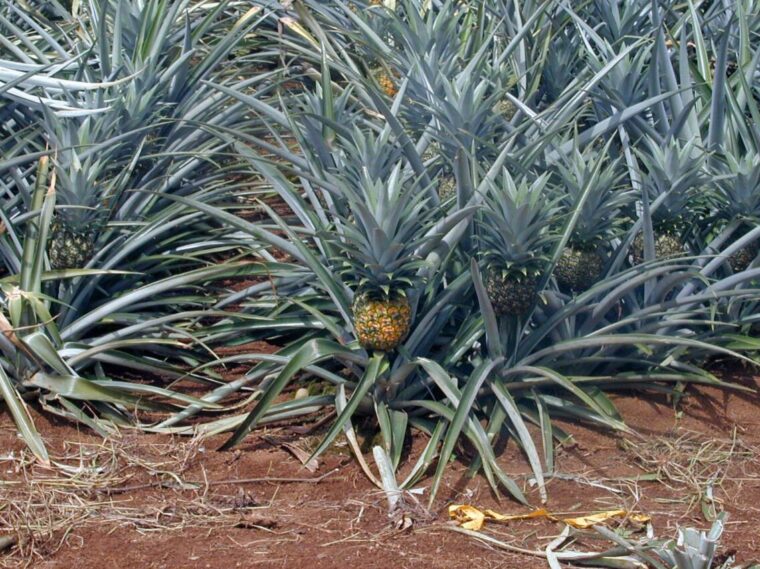 Forestry (also in rainforest areas, but especially the export of coniferous wood from the highlands) is still an important economic factor.

But the forest is seriously threatened by:

The government agencies responsible for the forest are characterized by mismanagement and corruption. The Forest Act (Ley Forestal de Áreas Protegidas y de Vida Silvestre), which came into force in 2008, took over eight years to pass in parliament. Among other things, it provides long prison sentences for illegal logging. The state forest authority is the Instituto Nacional de Conservación y Desarrollo Forestal, Áreas Protegidas y Vida Silvestre, (ICF) and should end the corruption of its predecessor institution AFE-COHDEFOR, which did not succeed.

The government of Honduras and the European Union have completed negotiations on forest support under the Voluntary Agreement on Forest Law Enforcement Governance and Trade (VPA FLEGT). This agreement aims to prevent illegal timber trade in the EU. Civil society organizations are more likely to fear an increase in deforestation, as new forest concessions are being granted for exporting wood to the EU with the FLEGT license.

Hope for the country’s economy rests, among other things, on the so-called contract processing sector (maquila industry): In the customs and practically tax-exempt special economic zones, especially in and around San Pedro Sula and Choloma, primarily Asian and North American companies allow textiles to be paid for at low wages, Manufacture electrical appliances and other consumer goods primarily for the US market. On the one hand, the maquila industry creates urgently needed jobs (currently approx. 100,000 employees) primarily for young women, on the other hand, this branch of industry does not contribute to the gross domestic product and enables only very limited economic growth. In addition, the working conditions in the maquilas violate human rights. In the pandemic crisis, employees in the maquila sector are particularly hard hit. There were layoffs and wages were suspended. Due to the lockdown, employees could not take legal action against this illegal act.

Honduras is rich in natural resources. Gold and silver are of particular importance, but also bauxite, iron ores and zinc. Mining projects are driven by the government and the sector is becoming increasingly important. So far, almost 300 concessions for mining rights have been granted. In addition to the major projects, there is also small-scale mining in many areas.

In the energy sector, Honduras is largely dependent on imports of fossil fuels. Renewable energies are being expanded and currently account for 44% of total energy consumption (mainly through water, wind and solar energy). Mining and the energy sector are closely intertwined, as mining increases the energy demand in the country enormously.

Also the tourism is -Innen seen by many Hondurans / as an opportunity. The Mayan ruins of Copán, the beaches of the Caribbean and the diving paradise of the Bay Islands, but also the ethnic and cultural diversity, attract travelers from year to year. Cruise ships regularly dock mainly in Roatán. Large tourism projects, such as the expansion of Tela Bay, are expected to generate economic growth. However, ecological and cultural problems are inevitable. The rural area holds potential for agrotourism.