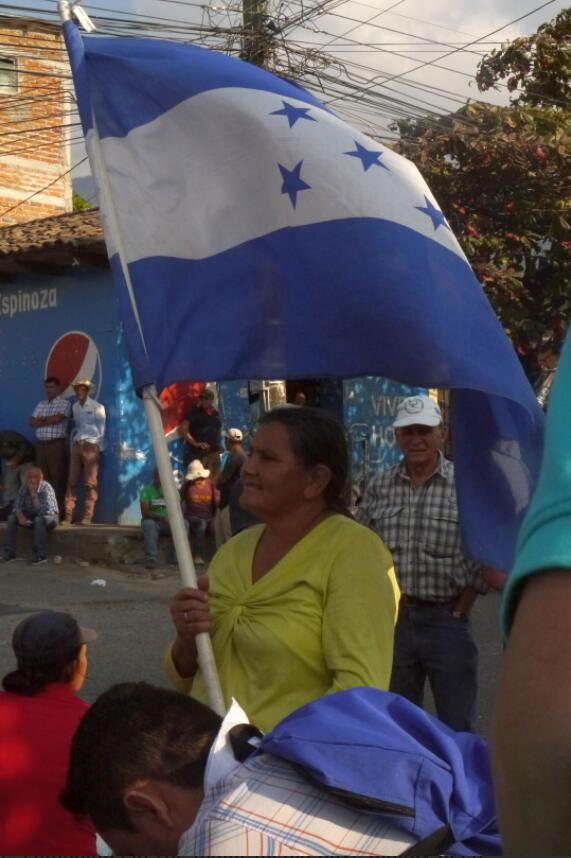 The current scandal surrounding funds from the Social Insurance Institute (IHSS), which was embezzled to finance the 2013 election campaign of the National Party, shows how deeply corruption is anchored in political and economic culture.

Political and social life in Honduras is strongly characterized by neopatrimonial structures, clientelism and governability deficits and highly fragile state institutions. The three powers – legislative, judicial and executive – are controlled by party politics and are not independent. The successful re-election underpins the concentration of power and shows how strongly the judiciary is guided by the power-political interests of the legislature.

The state has created institutions to fight corruption: the National Anti-Corruption Council (CNA) and the IAIP (Instituto de Acceso a la Información Pública), an institute that aims to ensure more transparency of the state towards its citizens. The CNA in particular has won the trust of the population in recent years by uncovering important cases of corruption. This happened especially in the years when the MACCIH worked in Honduras.

With the revitalization of the FONAC (Foro Nacional de Convergencia), the current government has transformed this body from a dialogue platform into an external monitoring body for the government. Civil society fears that with the strengthening of the FONAC (which can only be convened by Hernández), the anti-corruption council CNA will be weakened. Sociologist Suazo provides a good analysis of the anti-corruption organs of the government here.

Even though the government signed an agreement with Transparency International on transparency and the fight against corruption in October 2014, it is acting the opposite. The Ley de Secretos oficiales (Official Secrets Act) severely restricted transparency and access to information. Corruption encourages extensive impunity. In the Corruption Perception Index by Transparency International (2019), Honduras fell 14 places compared to the previous year to 146th place out of 180 countries worldwide, one of the last places in Latin American comparison.

According to cheeroutdoor, for the first time in Honduran history, corruption sparked huge protests in 2015. The protest movement “Los Indignados” (The Outraged), which was mainly supported by young people, called for the clarification of corruption cases, legal consequences for those responsible, the resignation of Hernández and the establishment of an international commission against impunity in Honduras.

The MACCIH Commission (Misión de Apoyo contra la Corrupción y la Impunidad en Honduras) was set up with the support of the OAS. The MACCIH worked mainly on four topics:

After a law was passed by Congress in January 2018 that prevents investigations into corruption cases by past and current politicians, the MACCIH found clear words about the government’s hindrance to its work. With the so-called impunity pact, much of the progress made in the fight against corruption will be undone.

The MACCIH has uncovered a large number of cases (e.g. Red de Diputados and Pandora) in which a significant number of parliamentarians from various parties, but mostly from the ruling party, embezzled funds. Work on the most important of these cases (Caso Pandora and against the former First Lady Rosa Bonilla) has been undone. Bonillas conviction has been canceled, and in the case of Pandora the procedure against 22 accused was set.

One of the results of the work of the MACCIH is the passing of a law on party financing (colloquially “Ley de política limpia”). The law is a start on the path to greater transparency. It must be noted that not all of the MACCIH and civil society’s demands have been accepted or have been removed again in Parliament.

An association of various NGOs has published a report on the work of the MACCIH. This gives a good overview of the corruption cases that have been detected and explains very well the reasons why the MACCIH should have continued its work. Fighting corruption with an international mission is a thoroughly successful model, at least as long as it can stay in the country.

The MACCIH did not have its own investigative mandate. Therefore, the special prosecutor UFECIC (Unidad Fiscal Especial Contra la Impunidad y Corrupción) acted at their side. Together, both institutions were able to successfully uncover some corruption cases and therefore became more and more a thorn in the side of the government. Despite numerous protests at home and abroad, the Hernández government, in agreement with the OAS, reached the expiry of the MACCIH mandate in mid-January 2020. With it, the work of UFECIC also ended. The MACCIH has worked successfully and can at least serve as a successful example in the fight against corruption.

In order to continue fighting corruption, the Honduran government created the UFERCO (Unidad Fiscal Especializada contra la Corrupción) instead of the UFECIC. The UFECIC staff has been transferred to UFERCO, but without the international experts that UFECIC had. This means that UFERCO is overwhelmed with all the cases taken over by MACCIH. Civil society and parts of the private sector fear that UFERCO will be too weak to continue the work of UFECIC and MACCIH to the extent necessary. The fight against corruption is made more difficult by the penal code that came into force in June 2020, as the penalties for corruption are to be reduced.

Even if there has been progress in the fight against corruption and impunity in recent years, they are still one of the main causes of the ongoing spiral of violence and shape the political culture. They are a cause for migration and resurgent demonstrations. Networks between politics and business have grown over decades and work very well when interests match. How the judiciary works with politics and business groups is shown by the case of the award of contracts and concessions at the Agua Zarca hydropower plant, which MACCIH had made public.

The government was unable to fight the corona pandemic effectively because a number of aid funds were misappropriated. Honduras is rocking a corruption scandal over the use of these funds. There is a lack of transparency in the use of funds. The National Anti-Corruption Council has published reports on this. “ Where’s the Money? ” Is a broad civil society campaign to demand clarification of the corruption cases in the pandemic. 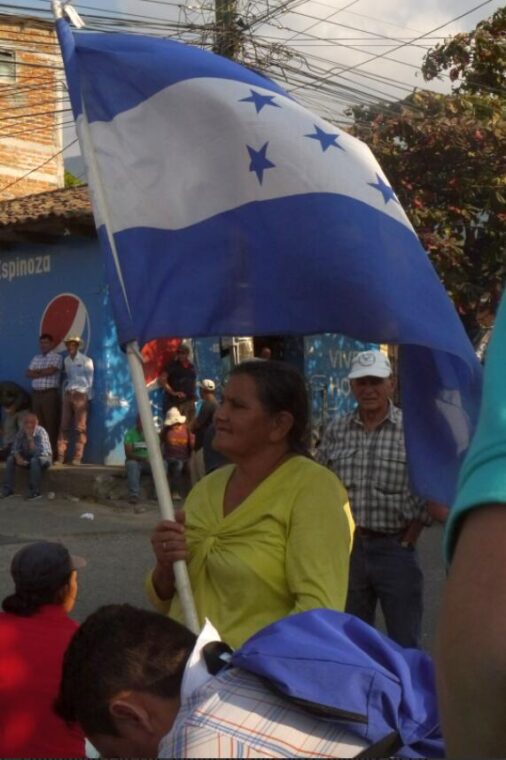