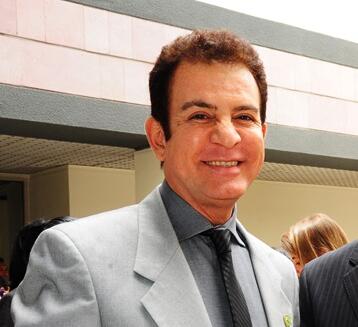 The 2017 elections and the ongoing crisis

The election was held on November 26, 2017. The parties LIBRE and PINU have agreed to run together with the “Alliance of the Opposition Against the Dictatorship” (Alianza de Oposición contra la Dictadura) in the 2017 election. Sports journalist Salvador Nasralla was a candidate for the Alliance.

The Supreme Electoral Authority (TSE) has never needed so much time for the vote counting as in 2017. In the first extrapolation on election day, Nasralla was 5% ahead of the incumbent president. Two days later, the electoral authority’s computer system failed. When this got going again, about 90% of the votes counted was Hernández with one percent ahead of his challenger.

A week after the election, the final results were still not known, which led to suspicion of election fraud. This lack of transparency in the electoral process led to spontaneous national protests by opposition supporters and large sections of the population. The military police used tear gas and gun violence against the protesters. On December 1, a state of emergency was declared and a 10-day curfew was imposed, which invalidates constitutional rights.

The “alliance of the opposition against the dictatorship” demanded transparency and a new count. International election observation delegations such as those of the European Union and the OAS also demand transparency in the counting. Both election observation missions reported irregularities in the election and unequal campaigning in advance. Campaigns in the major media were mainly carried out by the National Party, as it has the appropriate connections and resources.

On December 17, the Supreme Electoral Authority (TSE) announced that Hernández had emerged victorious from the election. Despite the election irregularities identified by the OAS, the US recognized the election on December 22nd.

The protests subsided between December and mid-January due to the Christmas season on the one hand, but also due to the disappointment that the US was supporting Hernández on the other. According to businesscarriers, the US recognition of the elections was a clear sign of influencing the domestic politics of Honduras. For more than 100 years, the USA has been determining the country’s politics on important issues.

On January 27, Juan Orlando Hernández was sworn in as re-elected president. In the week before taking office, the opposition alliance called for a nationwide week of protest. There were road blockades and protest marches in all parts of the country. The government had previously stationed the military, military police and police at all strategically important points in the country to prevent the blockades. During the evacuation there were serious violations of human rights, several hundred people were wounded, arrested more than a thousand people and there were more than 30 deaths since the election day.

The people of Honduras are protesting on the streets to preserve the remains of a democracy that threatens to disappear with the illegal re-election of Hernández and the continuation of his government, which violates the constitution, no separation of powers and increasing power to the military. Dissatisfaction with government policies is expressed in the fact that the various conflicts and protests are always accompanied by calls for Hernández to resign.

The government of Hernández invited all parties to a dialogue shortly after the elections. The opposition parties have called for an international mediator and made it a condition for participation that the results of the dialogue should be binding. The Liberal Party, the National Party, government representatives and Salvador Nasralla took part in the dialogue. LIBRE boycotted the dialogue on the grounds that it did not want to wash away the 2017 elections. Smaller parties are excluded from the dialogue, but have claimed participation.

After four months of preparation and several preliminary talks with the UN representative Igor Garafulic, the first round of dialogues took place in August 2018, but was broken off prematurely due to discrepancies. The dialogue was resumed and brought to an end in mid-December 2018.

The result is a catalog of 169 conventions that can, but need not, be implemented in due course. The parties to the dialogue did not agree on binding agreements, but are treated as proposals. The representatives of the two major parties and Nasralla must decide on the proposals by consensus. In the next step, these then go to the congress for a decision. This approach fell far short of the demands of the opposition and the expectations of the people who protested in January.

Again and again there are demonstrations against the government. The resentment of the population is directed against the drug state. After Tony Hernández, the president’s brother, was found guilty in New York, the ruling party’s involvement in the drug trade can no longer be denied. What impact this will have on Juan Orlando Hernández’s presidency is unclear as the Trump administration stands behind him, despite testimony accusing the president of accepting drug money for the campaign. In the weeks following the conviction, key witnesses in the Hernández case were murdered.