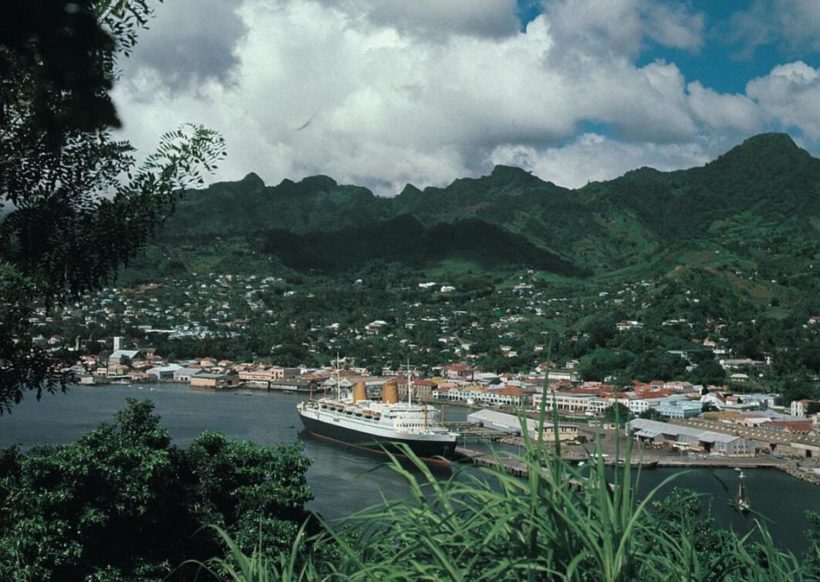 Saint Vincent and the Grenadines are, like neighboring islands, made up of volcanic rocks. Saint Vincent is filled with wooded mountains that extend longitudinally to the island. The highest mountain is Mt. Soufrière (1234 masl) in the north. The volcano is still active and had devastating eruptions in 1812, 1902 and 1979. Lowland along the coast. Off the coast’s almost white sandy beaches are coral reefs.

The climate is tropical, with small temperature variations. The capital Kingstown has an average annual temperature of 26.7 ° C, and 1500 mm of rainfall. In the mountains, the annual rainfall can rise to almost 4000 mm. The islands are exposed to hurricanes.

The islands are made up of volcanic rocks. Saint Vincent, which is 29 kilometers long and has a maximum width of 20 kilometers, has densely wooded mountains north-south; these are divided by many short streams. Highest point is Mt. Soufrière, 1234 meters above sea level. This volcano is still active and had devastating eruptions in 1812, 1902 and 1979. The coast, which is 84 kilometers long, has lowlands. There are many black volcanic sandy beaches (on Saint Vincent) and white sandy beaches (on the Grenadines) with coral reefs outside.

About 69 percent of the land area is forested and there are a large number of flower plants. Coconut palm and more typical coral island vegetation are found along the coast of Saint Vincent and the Grenadines. 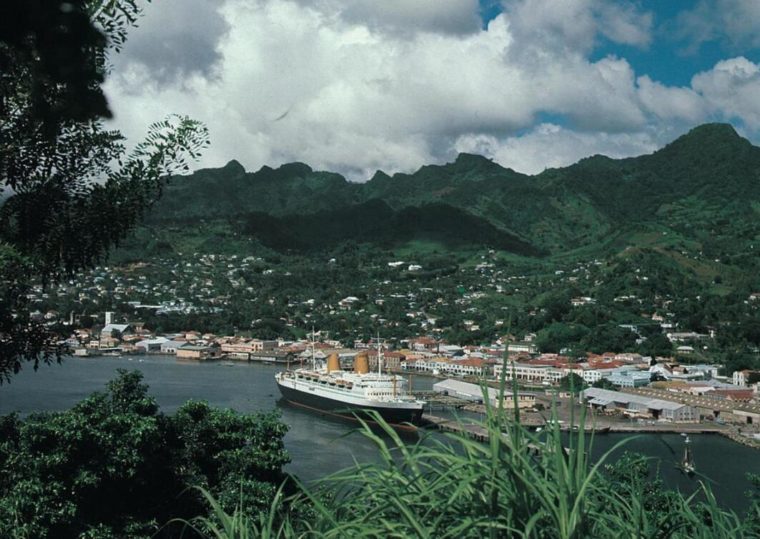 The climate is tropical with small temperature variations throughout the year. Kingstown temperatures range from 18 to 32 degrees; the annual average temperature is 26.7ºC. In the mountains, the annual rainfall can reach about 3800 millimeters annually; About 1500 millimeters of precipitation falls on the coast. There is most rainfall on the east side of St. Vincents. Saint Vincent and the Grenadines are located in the northeast passage. Drying time is January-May, rainy season May / June-September. Hurricanes occasionally occur between June and November.