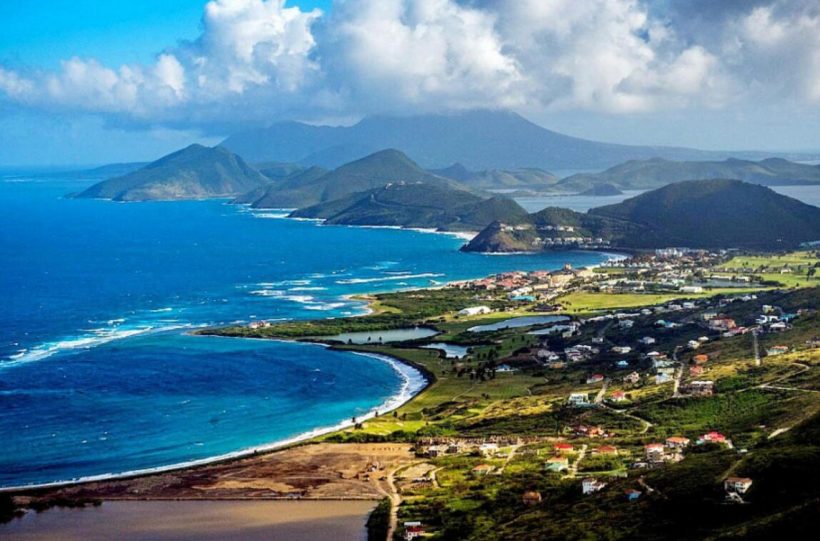 Both Saint Kitts and Nevis are mountainous and of volcanic origin. Saint Kitts (or St. Christopher’s) is an elongated island. The inner parts are completely dominated by three groups of rugged volcanic mountain peaks that are separated by deep ravines. At the far north is Mount Liamuiga (formerly called Misery, 1156 meters), the country’s highest peak. Farthest to the southeast, the island extends into a low peninsula with many sandy beaches.

Nevis is a circular island and consists almost of a single mountain, which reaches its highest point in Nevis Peak, 985 m. Long sandy beaches along the coast and a number of small rivers, which flow from the wooded mountains towards the coast. Nevis is surrounded by coral reefs.

The islands are volcanic; the highest point is Mount Liamuiga, 1156 meters above sea level, on the elongated island of Saint Kitts. Three groups of volcanic mountain peaks are separated by ravines. The large central peaks are covered by tropical rainforest; the steep slopes up to the peaks are sparsely populated. Most live closer to the coast where the terrain is flatter. Several watercourses flow from the mountains. There are many sandy beaches on the north and west coasts. There is a small lake, Great Salt Pond, near the south end of Saint Kitts. The 3 kilometer wide waters between the islands are called The Narrows. 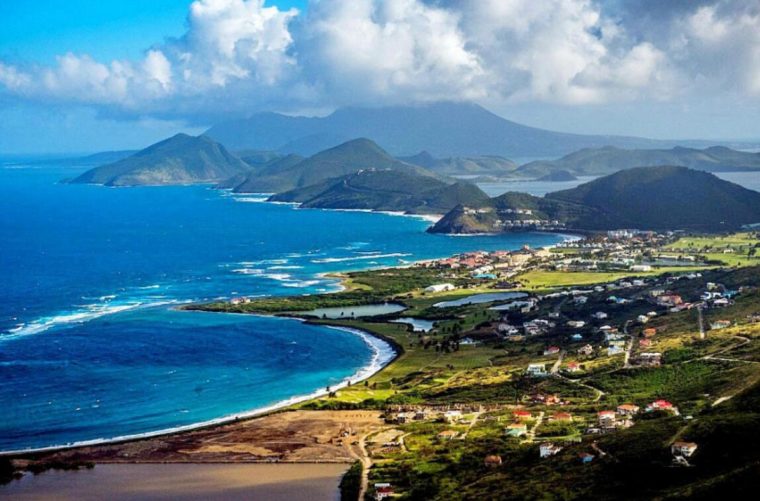 Nevis is almost circular and consists mainly of one dominant mountain, Nevis Peak, 985 meters above sea level. There are long beaches along the coast and many small watercourses from the forested mountains. Nevis is surrounded by coral reefs.

There are many tropical flower plants and trees, including palm species and flower plants such as bougainvillea, hibiscus and poinciana. Swamps south of Saint Kitts have mangroves. Deforestation and erosion have destroyed a lot of native nature.

The islands have tropical sea climate. Temperatures are between 26 and 32 degrees Celsius throughout the year. July is the warmest and February is the coldest month. The driest period is January-April, the wettest May-December. The average annual rainfall is 125-200 cm. Hurricanes occur mainly between August and October.