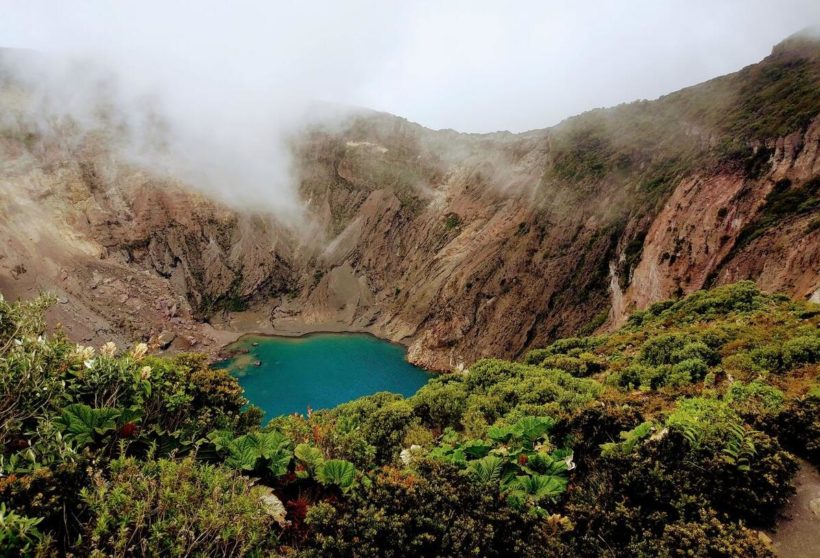 Costa Rica consists of a coastal plain separated by high mountains forming the chains of Cordillera Central and Cordillera de Talamanca. The mountain ranges form a watershed between the Pacific and Atlantic coasts. Topographically, the country can be divided into three regions: the central highlands, which extend from the northwest to the southeast, the fertile highland plateau Valle Central and the wooded Caribbean coastal plain. 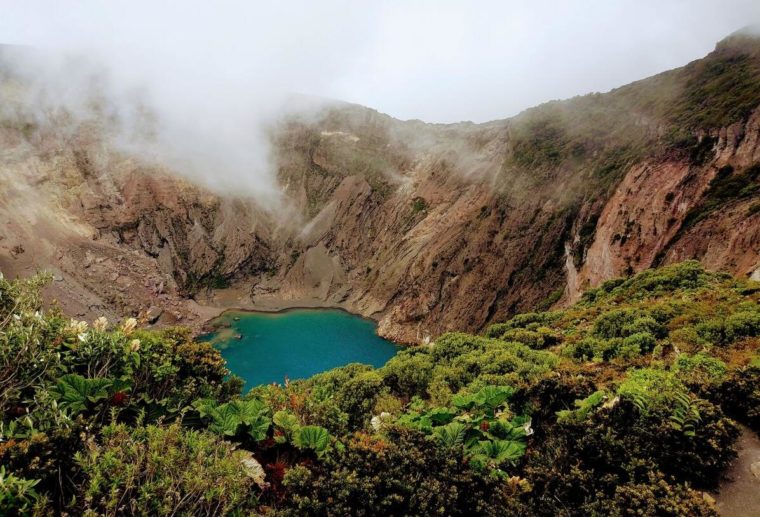 Crater lake on top of the active stratovolcano Irazú, 30 kilometers west of the city of Cartago.

Several parallel chains of the Central American Cordillera (‘mountain chain’) run from the northwest to the southeast and dominate the country; the highest point is Cerro Chirripó in Cordillera de Talamanca, 3819 meters above sea level. In the northern and central part of the country there are a number of active volcanoes, including Irazú (3432 meters) and Turrialba (3329 meters). Both volcanic eruptions and earthquakes are common.

Caribbean lowland is swampy or forest, and amounts to approximately 1/3 of the total area. The lowlands along the Pacific are narrower, especially southeast of the Nicoya Peninsula.

Costa Rica is well known for its national parks, which make up as much as 12 percent of the country and which has led to many of the country’s natural pearls being spared for commercial exploitation. The entire Coconut Island with parts of the surrounding marine areas (a total of 32 km2 ) is a nature park and is on UNESCO’s World Heritage List. La Amistad National Park, part of the Talamanca Mountains and the Guanacaste conservation area, is also on the list.

Costa Rica is located in the tropical climate zone. Because of the northeastern pass, the Caribbean coastal plains are more precipitous than the lowlands of the Pacific. Limón receives 3100 millimeters of rain a year, and no month receives less than 150 millimeters. The Pacific coast receives 1000-2000 millimeters, most of which falls in the period May – November. The average temperature is in the lowlands around 27 °C per year with very small seasonal variations. On the high plains the climate is cooler; the capital city of San José (1150 masl) has an annual average of 20 °C. Annual rainfall in San José is approximately 1900 millimeters; 90 per cent of this falls from May to October.