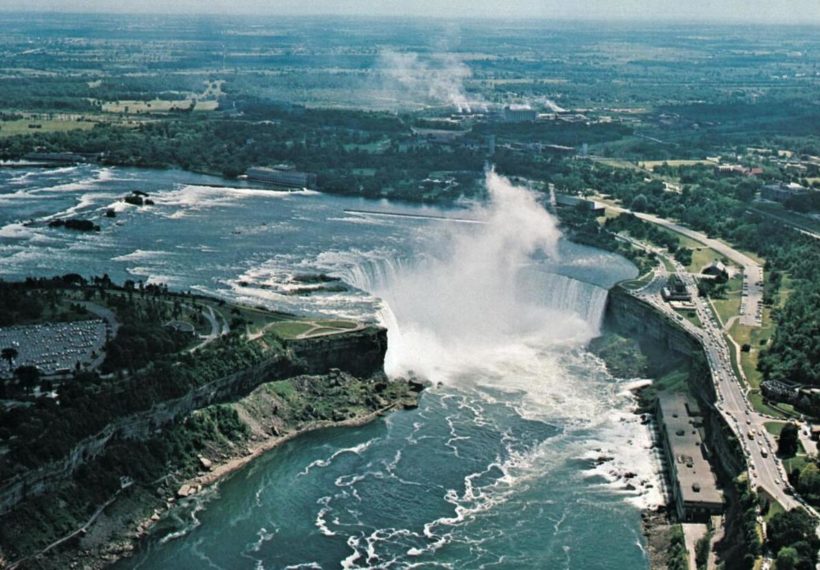 Canada has many of the same landscape features and a similar geological structure as the United States. Distinctive for Canada are the vast plains with bedrock in the east and north, which continue in the vast Arctic archipelago all the way to the north with several of the world’s largest islands. With the coast to the west, north and east, and with the numerous islands in the north, Canada has a total coastline (including the islands) of a total of 243,042 kilometers.

By topography and geological origin, Canada can be divided into different areas: the Canadian Shield, the Appalache area, the lowlands, the inland plains, the highlands and the Arctic archipelago.

The Canadian Shield consists of hard, crystalline Precambrian rock and occupies nearly half of Canada’s area, from Baffin Island in the north, around Hudson Bay, covering almost all of Quebec and Ontario, the northeastern parts of Manitoba and Saskatchewan as well as large parts of Nunavut and the Northwest. Territories. The landscape is hilly and low lying with sparse loads and sloping soil. During the ice age, the entire area was covered with ice that has excavated the bedrock and deposited a lot of moraine. This is the reason for the large number of lakes found here. 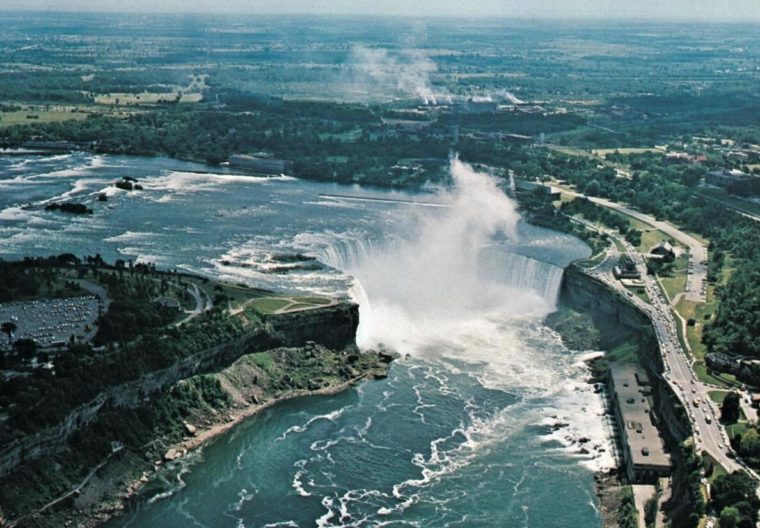 Niagara Falls, USA on the left, Canada on the right.

The bedrock plate is rather weak towards Hudson Bay, and a significant part of the area drains here (the largest river Nelson River ), and also towards the Arctic Ocean (most importantly the Mackenzie River ). At the far north and south and west sides of Hudson Bay, the landscape is particularly flat and often with an unclear drainage pattern. The bedrock area is rich in metals, including nickel, iron, copper, lead, zinc and precious metals. The southern part of the area is covered by large coniferous forests, in the north there is tundra.

The Appalache area includes Nova Scotia, Prince Edward Island, New Brunswick, Newfoundland and the Péninsule de Gaspé in Quebec. It consists of wooded, round hills with some fertile valleys occasionally. The bedrock in the area consists of the remains of a mountain range that was folded up in the ancient times of the Earth. The upright areas are mainly crystalline in nature. In the lower lying areas there are looser rocks and place sediments that are younger than the fold zone. The highest areas are found along the northern boundary of the area, just south of St. Lawrence Bay. On the mainland, the forests dominate, on the Newfoundland deciduous forest.

The lowlands around the Great Lakes and St. Lawrence extend from the Ontario Peninsula (between Lake Huron and Lake Erie ) to the city of Québec and are a wavy plain. Here are slightly sloping sediments ( limestone, sandstone, clay slate ) from the latter part of the Earth’s antiquity over the bedrock, and the bedrock is covered by large glacial, in the lowest parts also marine loose deposits that provide a very fertile soil. Where the layers of harder sediments end and lie above loose, one finds so-called cuestas, “steep edges”. Elven Saint Lawrence flows over such a steep edge of limestone between Lake Erie and Lake Ontario, forming the famous Niagara Falls. 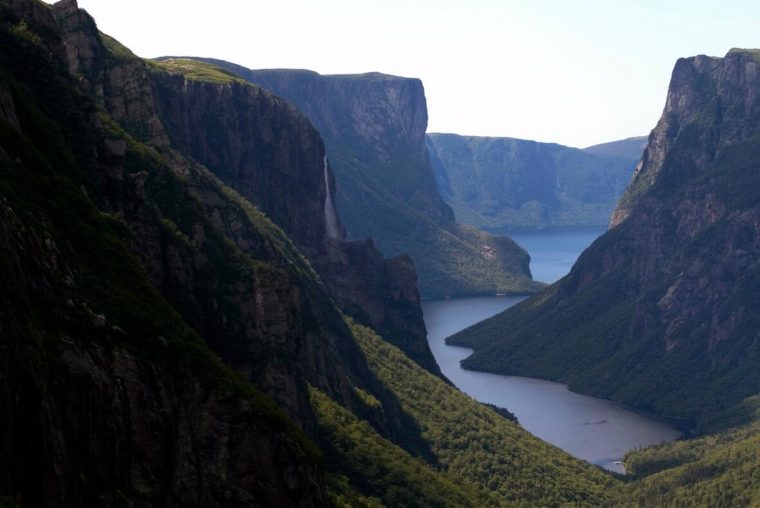 The inland plain is part of the great North American lowland and has the shape of a triangle. It lies east of the Rocky Mountains and extends from the southern boundary north to the mouth of the Mackenzie River. Geologically, the eastern parts of the inland plains belong to the lowlands around the Great Lakes and the Saint Lawrence River. In the western parts of the inland plains (in southwest Saskatchewan and Alberta ) these sediments are covered by younger deposits of chalk and tertiary erosion material from the Rocky Mountains. Here are Canada’s richest deposits of oil, gas and coal.

In the transition between the bedrock and the inland plains are several large lakes: Great Bear Lake, Great Slave Lake, Lake Athabasca, Lake Winnipeg and more. The plain is covered by considerable glacial loose deposits. The actual prairie areas are located in southern Manitoba, Saskatchewan and Alberta. The natural vegetation here consists of short grass. The soil is deep and very fertile. In the northern districts, the forests dominate.

The highlands in the west fill most of British Columbia and the entire Yukon. It is bounded by the Coast Mountains to the west and the Rocky Mountains to the east. Occasionally there are several smaller mountain ranges and plateaus, but not as large and continuous as in the United States. Canada’s highest mountain peak, Mount Logan, 5959 meters above sea level, is located in the north at the Alaska border, just off the ocean. 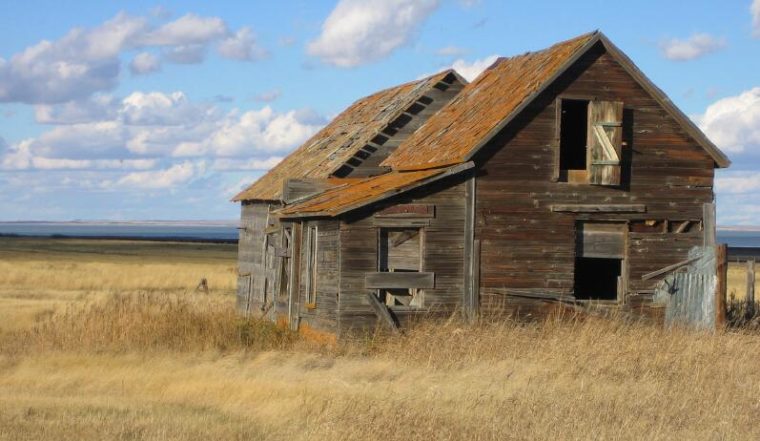 The west coast is similar to the Norwegian one, it is high and steep, with deep fjords that cut far inland and with fertile valleys within. The mountain ranges were folded in chalk and tertiary, and they are partly of volcanic origin. They constitute the youngest geologically parts of Canada. The mountains are mineral rich, including lead, copper and zinc.

The Arctic archipelago encompasses all islands in the Arctic Ocean between Greenland and Alaska. The bedrock is mainly bedrock and is thus a geological continuation of the “shield” northwards. In some places there are sediments from the Ancient Earth over the bedrock. In Ellesmere Island and Baffin Island, mountain areas are found as a result of later elevation of the bedrock. The islands are largely ice-covered and otherwise have tundra vegetation.