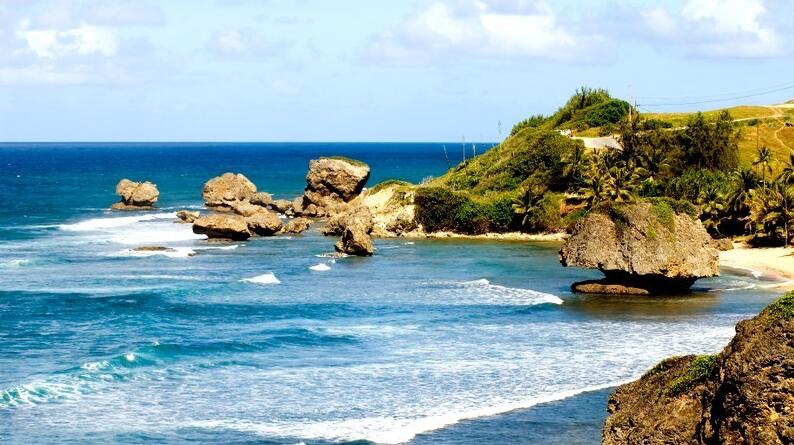 Barbados is made up of sandstone and upper chalk conglomerate, covered with lime and coral deposits. The terrain is mostly low and flat, with higher hills on the northeast coast. The highest point is Mount Hillaby, 340 meters above sea level. From the high ridges, the landscape descends gradually towards the low plain along the west coast, while the terrain falls steeply towards the east and south coast. There are long sandy beaches along the west and southwest coasts. The fertile coral deposits make almost the entire island arable land. Rivers are missing as the rainwater disappears into the porous soil and flows to the sea below the surface. 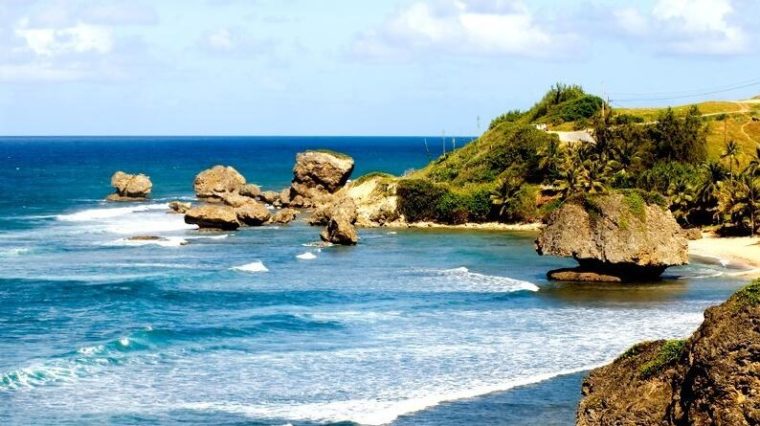 Barbados has a tropical climate with small daily and annual temperature fluctuations. The average temperature in January is 25 °C, in August 27 °C. Annual rainfall 1250-1500 mm, with most precipitation in June-November. The rest of the year is dry season. 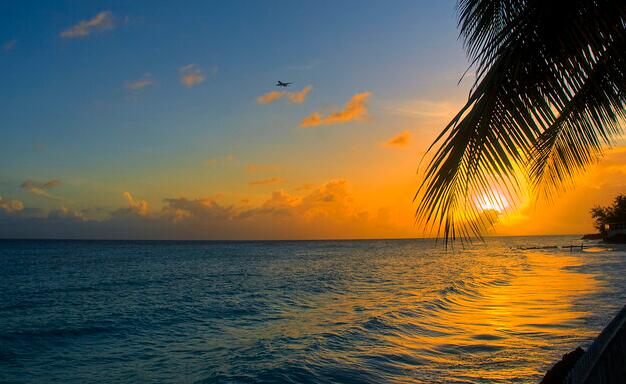