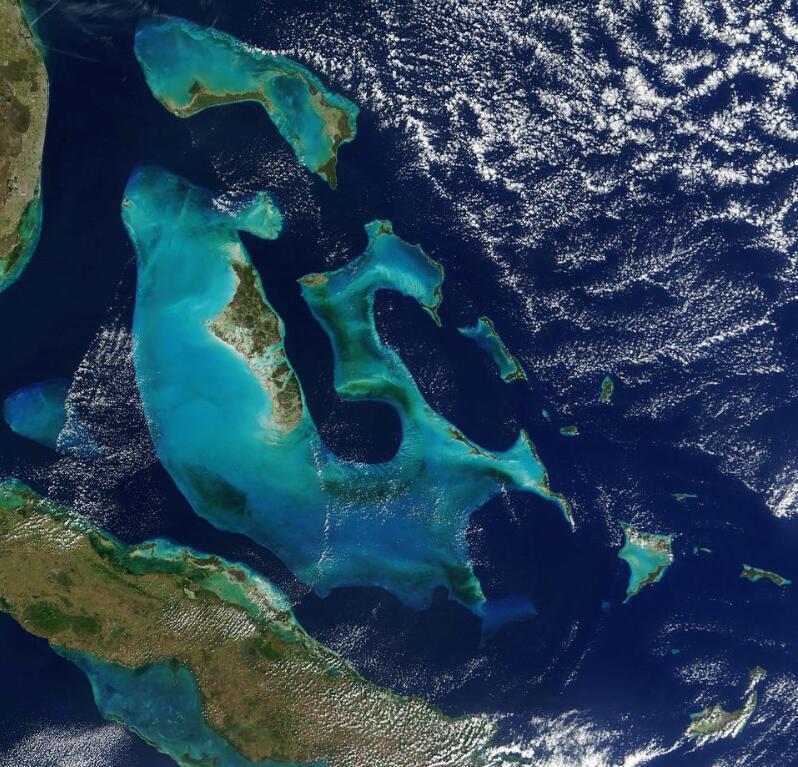 The largest islands in the Bahamas are Andros (5957 km ), Abaco (1681 km2), Inagua and Grand Bahama. The bedrock of the islands consists of porous limestone species, which means that streams and rivers are not formed, and the water supply must be secured by wells, collecting pools and cisterns for rainwater. The islands are mostly low and flat and surrounded by coral reefs . The highest point is Mount Alvernia (63 meters above sea level) on Cat Island. Several of the islands have large swampy areas and dunes; only 1% of the area is cultivated.

Read more about Plant and Wildlife in the Bahamas.

Subtropical climate, influenced by the Gulf Stream and the northeast passage. The warmest month is August, coldest January. In the capital Nassau, the average temperature is 20 °C in January, 27 °C in August. The annual rainfall is about 1000-1500 mm, with most precipitation during the summer months.

Detailed climate information about the Bahamas on the website of the World Meteorological Organization. 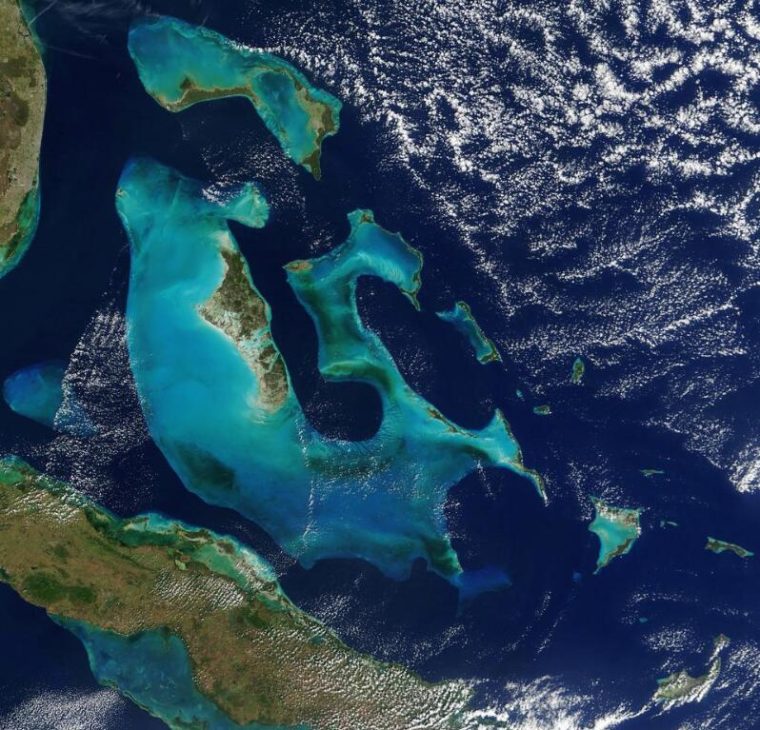 Plant and wildlife in the Bahamas

In the largest islands, there are forests of Caribbean pine, Pinus caribaea, otherwise the vegetation consists mostly of shrubs and low trees.

Wildlife includes few mammals and is dominated by reptiles, amphibians and birds. Flamingo is the archipelago’s national bird. They include in the Great Inagua National Park Reserve.