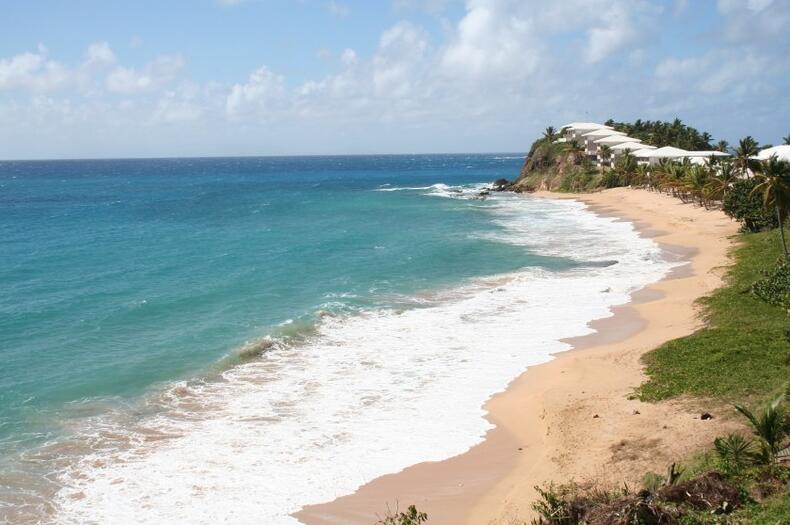 Antigua, which is the largest of the islands (280 km2), is made up of limestone and volcanic material. The highest point is Boggy Peak, 402 meters above sea level. Most of the forest is cut down. The island lacks surface water and is prone to drought. Antigua has many small harbors and fine sandy beaches.

Read more about Antigua and Barbuda.

The climate is tropical, average temperature 27 °C, annual rainfall approx. 1100 mm. Most of the precipitation falls in September-November. The islands are exposed to tropical hurricanes.

Antigua and Barbuda are mainly low-lying islands. Antigua (281 square miles) has cut coastlines surrounded by plains and coral reefs as well as several small islands. To the west, volcanic rocks rise to the island’s highest point, Boggy Peak (Mount Obama) 402 meters above sea level. The absence of mountains and small forests sets Antigua apart from the other Leeward Islands. There are many nice harbors and beaches, but no rivers and few springs.

Barbuda (161 square miles) is a coral island 40 kilometers north of Antigua. It is flat and wooded. The only settlement, Codrington, is located in a lagoon west of the island.

Redonda (2.6 square kilometers) is a rocky island 56 kilometers southwest of Antigua. The highest point is 305 meters above sea level. 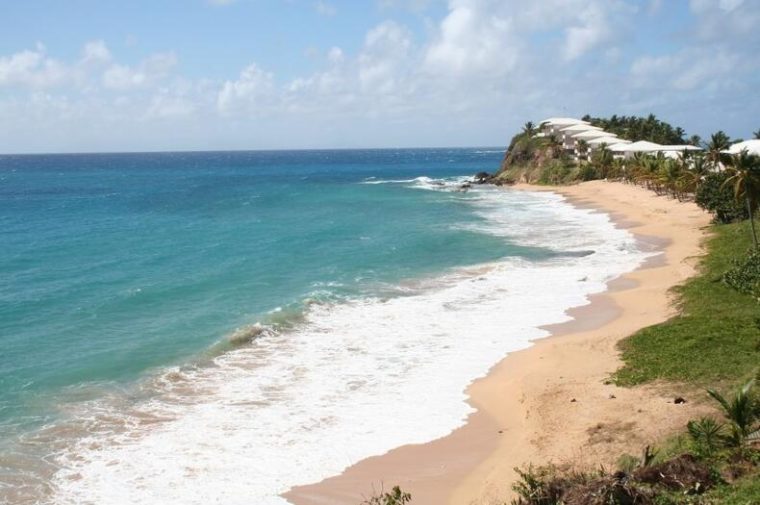 The tropical climate is moderated by fairly constant northeastern passages. The average rainfall is 990 millimeters per year; September-November has the most rainfall. Humidity is low and there are repeated periods of drought. The hurricane occurs on average once a year. Temperatures range from 23 o C in winter to 30 o C in summer and fall. The coolest period is December-February.

The sandy soil of much of the islands is covered with scrub. Parts of Antigua are more fertile and have tropical vegetation. Planting trees such as mahogany, acacia and cedars in Antigua has contributed to 11 percent of the area becoming forest cover.

There are forests in Barbuda. On the sandy ground there are succulents such as aloe, candelabra cactus and melon cactus. Common flower plants include bougainvillea, hibiscus and frangipani (Plumeria).

There are two bat species. Indian mungo, goat and deer are among introduced animals. Among other things, humpback whales swim in the sea.

Four species of sea ​​turtle, one land turtle and tree frog have been identified.