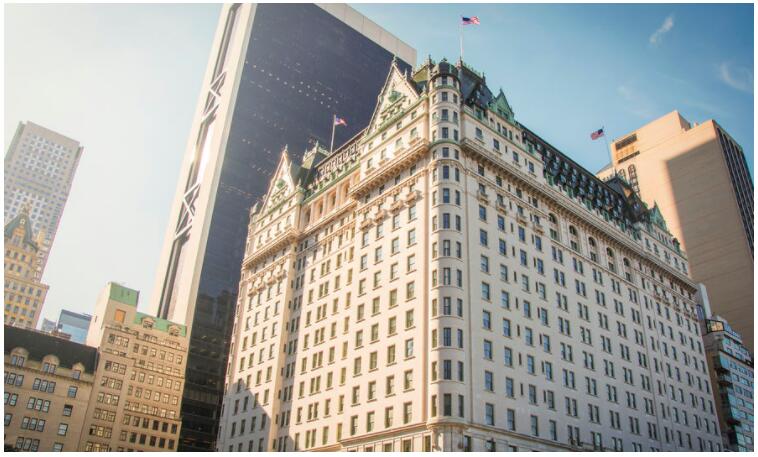 In New York, there are several hotels that you have probably seen on film or television. If you’re going on a city break to The Big Apple, why not stay in a bit of a classic setting? Here we have collected four of them, in different price ranges. Read our description of what to expect and why the hotel has become famous.

The Carlyle – Luxury hotel with 5 stars 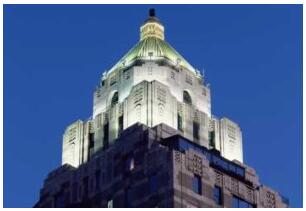 The Carlyle belongs to the Rosewood chain, and is one of the most famous and luxurious hotels in New York. The hotel is popularly called New York’s “White House”. This is because former President John F. Kennedy is said to have had secret dates with Marilyn Monroe at The Carlyle. Big stars from movies and TV often live here, for example Mick Jagger from The Rolling Stones. At the hotel’s own café, Woody Allen plays weekly with his jazz band, and parts of The Carlyle have been used in many movies and TV series.

The Carlyle is located on the Upper East Side, just meters from Central Park. The area is one of the best to stay in when visiting New York. The rooms in the hotel are sumptuous, the service phenomenal, and the hotel has all the facilities you would expect. 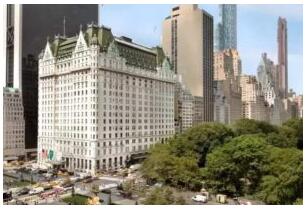 Famous The Plaza has been used in a sea of ​​movies, including Scent of a Woman, The Cotton Club, Crocodile Dundee and Home Alone 2. It has also been used as a backdrop in a number of well-known novels, including The Great Gatsby. Here often live famous stars from film and music, heads of state and crooks you may have read about in the newspapers. When The Beatles went to the United States to play their first concert for the Americans, they were housed at The Plaza.

The Plaza is located in perhaps the best location in New York, right on the corner of Central Park in Midtown, and on the famous 5th Avenue. Here you live in luxury in every possible way, and have access to 4 restaurants, spas, bars, cafes and fitness center. 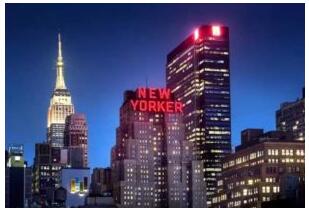 The New Yorker Hotel is owned by the Wyndham chain and is housed in one of the city’s most famous buildings. Most people recognize the Art Deco hotel, either because of the unique architecture or the shiny sign at the top. It has been used in a number of films and TV series, in addition to the fact that many news channels use the hotel as a background for their broadcasts, including the BBC’s office in the USA. Here, stars such as the boxer Muhammed Ali have been based for a long time, while the scientist Nikola Tesla moved in and lived permanently in the hotel for several years, until he died in 1943.

The New Yorker is one of the largest accommodations in the city, with well over a thousand rooms to offer. It is centrally located in Midtown, right next to Madison Square Garden and just minutes from the Empire State Building. 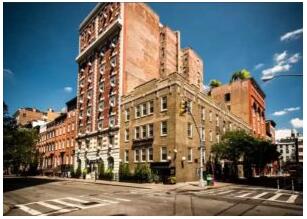 This hotel is housed in a lovely little building from 1920, and was originally intended for guests who rented rooms more or less permanently. Today, there are 149 rooms and suites at the Washington Square Hotel. If you want to stay here, we recommend that you book well in advance before you travel to New York. The hotel is famous because it eventually became a magnet for some of the biggest stars in modern music history, as well as famous artists and writers. Celebrities, artists, musicians and bands based at the Washington Square Hotel include The Rolling Stones, Albert King, Chuck Berry, Bo Diddley, Ernest Hemingway, Bob Dylan and Joan Baez.

The location of the Washington Square Hotel is very good if shopping, nightlife, jazz clubs and such are on your travel program. The hotel is on the corner of the park of the same name and within the boundaries of the Greenwich Village district . The standard is good in relation to the price level, and the hotel has one of the best roof terraces in the city.

There are very many hotels in New York that most people have heard of, and the four we have recommended are just the tip of the iceberg. However, it is difficult to find an affordable alternative that also offers history in the same class as the recommendations above.

If the bank account is well stocked and the price does not matter so much, the following famous hotels in Manhattan can also be something to consider. These are known from movies like Wall Street and Men in Black, from TV series like Mad Men and Sex in the City, and have housed tons of celebrities.