Freedom of religion prevails and is generally respected. The overwhelming majority of Dominicans are Catholics and the Catholic Church has a special position. However, other churches, such as Protestant or Free Church communities, are growing rapidly.

The Catholic Church enjoys several privileges: it is tax-exempt and receives state funds, and the Cardinal has the rank of a military officer. However, with the 2010 constitution, other churches have been granted marriage rights and other rights previously reserved for the Catholic Church.

Many Catholics believe there are elements of African religions. Voodoo is a popular religion in Haiti but is also traditionally in the Dominican Republic. Voodoo has its roots in West African cults brought by the slaves, but has also been influenced by the ancient Taino culture (see Older history) and by Catholicism. Because of the judgmental attitude of the Dominican Catholic Church, voodoo is often secretly practiced.

The law prohibits Bible reading in state schools but is not always complied with. There are also small groups of Buddhists, Hindus, Muslims and Jews in the Dominican Republic. 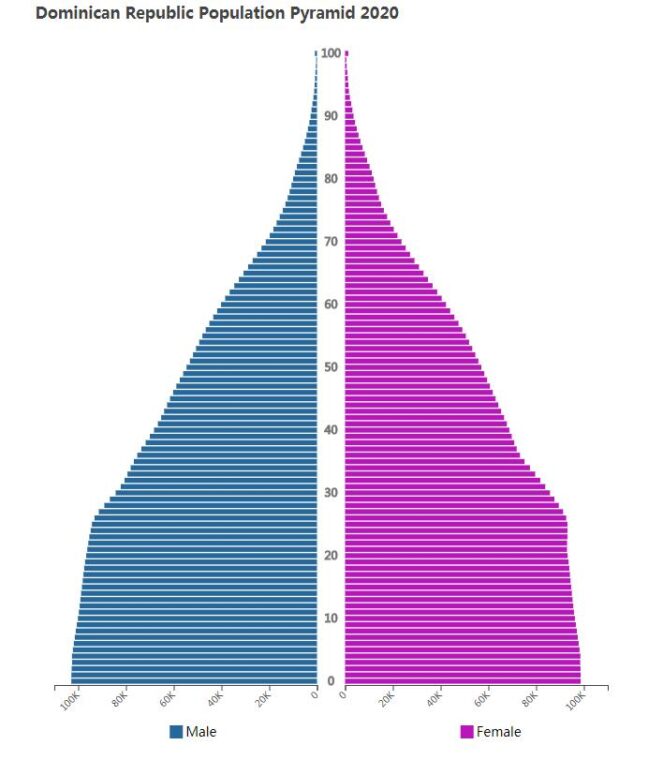 The election is postponed due to the pandemic

The electoral authority decides to postpone the presidential and congressional elections that would have been held on May 17, due to the corona pandemic. The new election date will be July 5, with a second election round on July 26. In the Dominican Republic, more than 3,000 cases of coronary infection have been confirmed, which is the highest figure in the Caribbean, and 177 people have died.

Municipal elections are held despite pandemics

The deferred municipal elections are now being carried out despite concerns about the coronary pandemic that is ongoing in the world. In the Dominican Republic, eleven cases of infected have so far been discovered. The government has decided to ban flights to and from Europe, China, South Korea and Iran beginning the day after the election.

Municipal elections that would be held throughout the country may be stopped completely after four hours, due to problems with an electronic voting system. Half of the electronic equipment did not work as they should, states the electoral authority. There is no new date for the municipal elections. The election applies to almost 4,000 items in 158 municipalities. Only three months remain until the national election.

Primary elections before the presidential election

Through a primary election, the PLD government appoints Gonzalo Castillo, former Minister of Public Works, as his candidate in the May 2020 presidential election. The voting figures are set by the JCE election authority, but Fernández claims that inaccuracies have occurred and refuses to acknowledge the result. In the largest opposition party PRM, Luis Abinader wins by a wide margin over former President Hipólito Mejía.

President Danilo Medina announces in a TV speech that he will not try to change the constitution to be able to stand for another re-election in 2020. The work to bring about such a change has sparked widespread popular protests and demonstrations, which in June led to that the military was deployed to protect the congress building. The issue has also paralyzed Congress and threatened to cause divisions within Medina’s party PLD.

The Dominican Republic breaks off its diplomatic relations with Taiwan and instead establishes relations with China. According to the government, the exchange becomes “extraordinarily positive” for the future of the Dominican Republic, as “history and socio-economic reality” lead to the exchange. China is already the country’s second largest import partner. China regards Taiwan as an outbreak state and does not allow any third country to have diplomatic relations with the two.