A majority of Cubans are Roman Catholics. Many simultaneously practice santería, a mixed religion with roots in Africa. The paper has religious freedom, but the state exercises strong control over the various communities.

The data on the percentage of the population who identify as Catholics are falling apart, but most estimates fall between 50 and 60 percent. Protestant churches are reported to attract 5–7 percent of Cubans. Baptists and Pentecostals are the largest groups with over 100,000 members each. Almost as many are part of Jehovah’s Witnesses. There are also smaller groups of Methodists, Seventh-day Adventists, Anglicans, Presbyterians and others. The Jewish community comprises 1,500 people. Between 2,000 and 3,000 of the residents are Muslims. Greek Orthodox, Russian Orthodox, Buddhists and followers of Bahai are also represented.

Compared to other Latin American countries, the church had a weak position even before the revolution of 1958–1959, and relations between state and church deteriorated rapidly after Fidel Castro took power. The Church stood on the Americans’ side in the conflict with the United States (see Modern History), which led to a total break between the church and the state. The church’s properties were nationalized and many priests and missionaries were exiled. Believers were excluded from the Communist Party and from most public sector jobs.

When the so-called liberation theology emerged in Latin America in the late 1960s in protest of social and political oppression, the foundations for a closer relationship between the state and the church were laid. By a constitutional amendment in 1992, religious freedom was guaranteed in the constitution and now practicing Christians were admitted as members of the Communist Party. The strengthened position of the church was symbolized by Pope John Paul II’s marked visit to the country in 1998. John Paul II’s successor has also visited Cuba, 2012 and 2015. 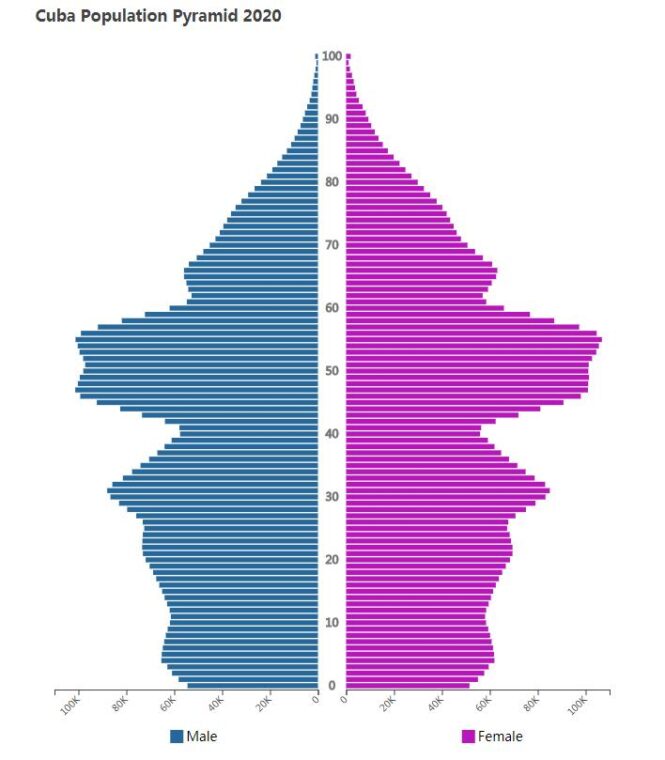 In recent years, relations between the state and the church have improved and the church has served as a mediator between the government and the opposition. However, the activities of the religious groups are closely monitored and no groups are allowed to operate without formal permission. Church representatives who raise human rights issues or work with groups that run such issues have been harassed and arrested.

Alongside Christianity, Afro-Cuban religions have been deeply rooted in Cuba since the 18th century when African slaves openly practiced them on the sugar plantations.

Particularly prominent are the santería (also called the Regla de Ocha), the palo monte (the Regla de Conga) and the abakuá.

Santería originated in the religion of the West African Yoruba people who were mixed with Catholicism when the Yorubas came to Cuba as slaves. They continued to worship their gods, orichas, with the Catholic saints as the “covering”, that is, the gods were given dual identities. How many people practice santería is hard to know. There is no central organization for the religion, and the ceremonies usually take place in private contexts, but the number of Santeri priests is believed to be far more than the number of Catholic priests.

Palo monte came to Cuba with the slaves taken from the Congo basin in central Africa. Spirits and contact with dead relatives are central elements of this cult.

Abakuá is a sect for men. Members nurture male values ​​and are expected to help each other in different ways.

Cuba concludes an agreement with the lenders within the so-called Paris Club on how an old foreign debt should be settled. Cuba has not paid off the loan since 1980 and the interest rate on the debt has thus grown to US $ 9 billion. The Paris Club cuts interest rates on Cuba paying the original $ 2.6 billion loan. Cuba gets 18 years to do so.

Direct mail between Cuba and the United States again possible

Cuba and the US decide to resume direct postal transit between the countries after 52 years of interruption. Previously, the mail was sent via a third country, which caused month-long delays.

Doctors are placed on travel restrictions

The government imposes new travel restrictions on the country’s doctors. They now have to re-apply for a special permit to travel abroad. The reason is stated to be a medical shortage as many doctors have chosen to emigrate since the travel regulations were softened in January 2013.

Prisoners are pardoned in connection with pope visits

Pope Francis visits Cuba, where, among other things, he meets Fidel Castro. He also holds an outdoor fair for tens of thousands of Cubans. Before the pope visit, 3,500 prisoners are released, but according to dissidents, prisoners sentenced for political reasons are not included. According to a local human rights organization, 50 to 60 regime critics have been arrested for the Pope’s visit, and several others have been barred from leaving their homes.

The US Embassy is reopened

The diplomatic relations between Cuba and the US are formally restored and the US opens its embassy in Havana. However, the US trade embargo on Cuba is still in force and restrictions on US citizens to travel to Cuba remain. To lift the trade embargo against Cuba requires a vote in the US Congress.

Further improvement of relations with the United States

Presidents Obama and Castro meet at the United States Summit in Panama. It is the first time in more than fifty years that the heads of state in both countries hold a meeting (see also December 2014). Obama describes the talks as “sincere and fruitful” while Castro states that the countries “agree to continue to disagree” when necessary.

The head of the Canadian company group Tokmakjian sentenced to 15 years in prison (see October 2014) is released. There is no mention of the reason for the release, but it is linked, but Canada’s role in the US-Cuba dialogue that led to improved relations between the countries (see December 2014). No information is given about the other two Canadians, who were sentenced to eight and twelve years in prison respectively.

The United States eases slightly on travel and trade restrictions in relation to Cuba. The possibilities to visit Cuba without a special permit are expanded, and American tourists are allowed to use credit cards during their Cuba travels. It is also allowed to bring alcohol and tobacco products home. An exception to the trade block is made for the export of certain technology such as mobile phones and computer programs. Furthermore, it will allow American companies to invest in certain small businesses and agricultural operations in Cuba.

Cuba releases the last of the 53 prisoners covered by the US settlement (see December 2014).